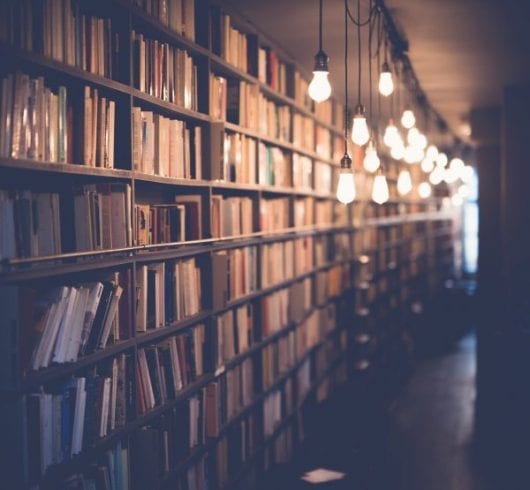 So, what are the top 5 best novel plots you should read?

Contents
The 5 Best Novel Plots Ever Written!1. Gone Girl by Gillian Flynn2. Shutter Island by Dennis Lehane3. The Shadow of the wind4. The Notebook by Nicholas Sparks5. The Da Vinci Code by Dan Brown

You know you need a good plot – an essential element of any story. It is what keeps the reader hooked to a book. A binding plot will keep the reader turning pages after pages and leave them wanting more. On the other hand, a loose plot with plot-holes will mar the impression of the author.

Why is the plot so important?

A strong plot is necessary to interest the reader, highlight the main characters, and then motivates the characters to move the story forward. Characters and plot of a book are interdependent elements. Characters influence the events in the novels and the events portray characters. A plot is therefore a union of actions and provides structure to the book.

Here are some of the best novel plots that left us exclaiming WHAT THE HECK!?

The 5 Best Novel Plots Ever Written! 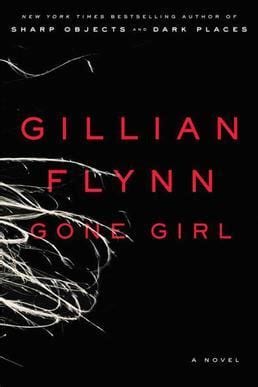 Gillian Flynn’s novels often get adapted into movies and TV serials. She is known for her binding stories that leave you disturbed for a while. And obviously, the stories and characters get etched into our minds forever.

Gone Girl is one such novel that compels you to flip pages overnight just to find out what happened. The excitement and the adrenaline rush keeps you wondering and pondering upon the story. The novel has untrustworthy narratives, nasty twists, suspense, and quite a few shocks.

The chief themes of this novel are disloyalty, marriage, and economic upheavals causing upheavals in family life. Flynn, being a feminist herself, has given the Gone Girl a subtle feminist touch. The media plays a vital role in the book. The characters alter themselves to keep up with the conventions in front of the media.

The Gone Girl surrounds a married couple Amy Dunne and Nick Dunne who are somewhat unhappy in their marriage. The story is set in the background of the 2008 recession, so both of them lose their jobs. Nick then moves both of them to a suburban town (which Amy despises). The rising action begins when Amy vanishes into thin hair on their fifth marriage anniversary and the hunt for her gathers nation-wide attention.

The suspense lingers almost until the end of the book. It messes with the readers to trust Nick or not. Whether he has some role in Amy’s disappearance or not, is not known until the very end.

The movie counterpart of the book has Ben Affleck and Rosamund Pike in the lead roles. The movie was obviously a commercial success and was critically acclaimed. The manipulating narrative and untrustworthy narrators will leave you on the edge of your seat. 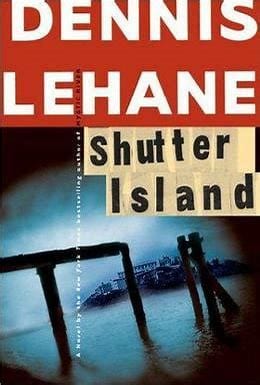 Shutter Island is that book that leaves you in a daze for days. You will read the climax twice, to make sure that you read it right. The psychological aspects of this novel can be disturbing. But that’s what makes this book so real and engaging.

Shutter Island starts on a relatively innocent beginning where the U. S. Marshal Edward Daniels (Teddy) and his partner Chuck Aule visit the Ashecliffe Hospital for inane criminals on the Shutter Island. They are sent there to investigate the disappearance of a patient Rachel Solando (who was admitted for murdering her three kids).

But Teddy has one more motive to visit the asylum. The murderer of his wife, he believes, is an inmate on the Shutter Island.

The story then progresses with many twists and turns. The readers will eye every character with suspicion. The suspense intensifies with each page turned. The climax of the book is EPIC which comes as a shock to the most. The thrilling story with intense mystery makes this a strong plot and will surely make you sit on the edge of your seat.

The movie counterpart of this book stars Leonardo DiCaprio as Teddy and Mark Ruffalo as Chuck. The movie is as good as the book but has an altered ending.

Dennis Lehane’s other books ‘The Mystic River’ and ‘Gone, baby, Gone’ have also got the best novel plots ever. All his book overflow with suspense.

3. The Shadow of the wind 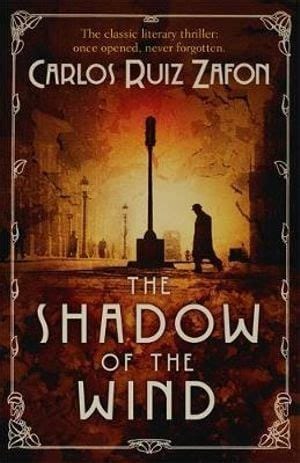 This book has it all. Mystery, romance, and drama will make you sit on the edge of your seat. You will remember the characters and the story forever. You won’t be able to stop yourself from recommending the shadow of the wind to people. Undoubtedly, this is one of the best novel plots of all-time.

The tale initiates with a 10-year-old Daniel Sempere accompanying his father to the Cemetery of Forgotten Books at the edge of the town. Daniel is supposed to choose a book for himself and guard it for the rest of his life. He picks a book by Julian Carax named ‘The Shadow of the Wind.’ Daniel is overwhelmed by Carax’s book and wants to read more of his works. But he soon learns that he has landed upon a rare copy and almost nothing is known about the author.

Then a mysterious disfigured person who is bent upon destroying every work of Julian Carax stalks Daniel. And Daniel (now in his teens) is determined to uncover what happened to Carax. He embarks upon this journey accompanied by Fermin Romero de Torres. And on the other hand, the brutal city cop is hot on their trail.

The novel then progresses as Daniel grows up into his teens. The story touches Daniel’s coming of age, romance against the background of a post-war Barcelona. Every character from this book is crafted minutely and made memorable.

Get ready to make this book one of your top recommendations.

4. The Notebook by Nicholas Sparks 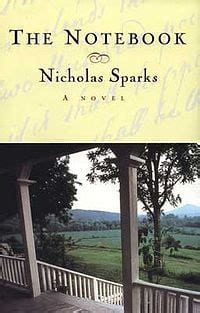 After all, we got to have some romance in the list. Not everybody is a fan of Sparks, but all will agree that The Notebook is a masterpiece by him. It will keep you engaged for hours together and just leave you with a broken heart. This is Spark’s first published novel.

If this book does not touch your heart and make you teary-eyed, then you are pretty much stone-hearted. The book has it all, the perfect teen summer romance, the war, reunion of lovers, and then lovers growing old together.

The story surrounds the couple Noah and Allie. The novel starts with an old man reading to an old woman at an old age nursing home. Later, they both take a walk as he continues telling the story of Noah and Allie. As they dine together that night, the woman wants to know who does Allie chooses, Noah, or the other guy (the climax of the tale that the man has been telling).

And you should read the short novel to find out what happened next. In the romance category, this is one of the most adored love stories. And undoubtedly, one of the best novels plots ever written.

Books Vs. Movies, an eternal debate. What do you prefer? This article puts light on this discussion. 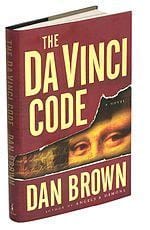 Dan Brown is famous for coming up with plots that keep flipping pages until you know the end, so this is definitely one of the best novel plots. Even after reading the book, it keeps you thinking for a while. Dan Brown’s books are rife with conspiracy theories, theories, philosophy, research, and a lot of food for thought. It’s a real treat for the readers who like to have clever plots rife with puzzles, riddles, and look for clues in them.

The Da Vinci Code was perhaps the most controversial book written by Dan Brown. Despite the controversies, the book proves to be full of binding mystery and a cleverly entwined story. The plot itself is very unique (must have taken a hell a lot of research on the author’s part to come up with a book like that).

This book features the Harvard symbologist Robert Langdon and is set in Paris (and majorly in Louvre Museum) and then in some other locations. Langdon along with a cryptologist attempts to decode the riddles left behind by the Louvre’s curator, Jacques Sauniere. They are astonished to find hints hidden in Da Vinci’s works. As they sort through these puzzles and progress, they are stalked by the city cops and a mysterious Albino man.

The book has remarkable characters that are embedded in the plot such that the readers suspect everybody. It is hard to keep the book down with a mystery so intriguing. The conspiracy theories and hidden motives only add to the magnificent plot and make it a must-read.

So these were some of the best novel plots. They make you admire the author’s brains and efforts (and leave you wondering how did they manage to come up with such brilliant stories).