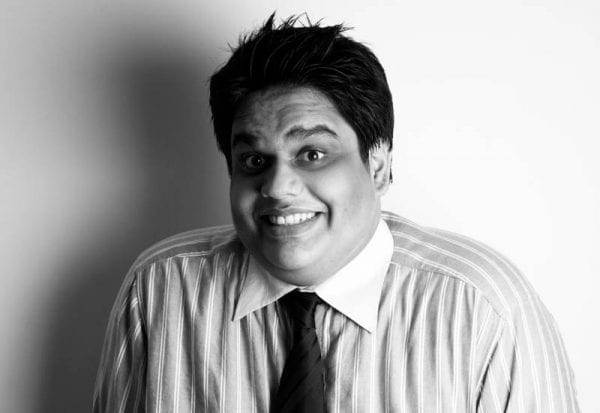 The famous AIB member Tanmay Bhat has become famous with his Snapchat video, which mocks the two legendary icons- Sachin Tendulkar and Lata Mangeshkar. Apparently, it was supposed to be a fun video, but many people have taken offence and are demanding his arrest. 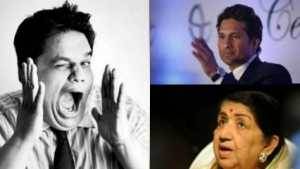 Being a comedian, Tanmay Bhat did what he does. It is pretty clear that the comedian did not disrespect Sachin Tendulkar and Lata Mangeshkar, and it was probably a sudden idea that struck his mind. If he had any intentions of insulting them, he would have probably made a proper video and posted it on YouTube, unlike a personal Snapchat story.

Many of the stars have shown their disappointment on Twitter: 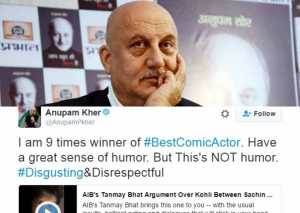 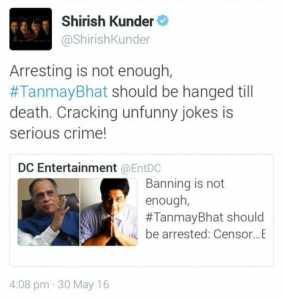 Such a video does really offend fans and probably display a bad image of the country where a Bharat Ratna award winner, one of the highest respects achieved by a person, is treated as a joke. It might give undue strength and encouragement to people to openly insult others.

In this case, what is shocking is that people ignore the joke intended in the video. This video is being given undue attention. The Maharashtra government is so concerned with a silly Snapchat post instead of working towards the drought problem that the villages are facing, the media is busy lashing out at Tanmay Bhatt and demanding him to be arrested instead of fighting for the girl who got gang-raped in Bahraich. People do not have the time to comment or think about the major problems this country is facing, but they are debating on a spoof that is meant for fun. So much so that Arnab Goswami arranged a NewsHour Debate on it. 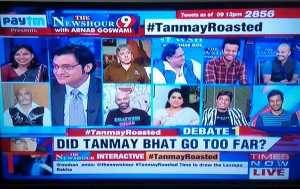 But were the questions answered? Has the idea of Freedom of Speech and the fine line between a Joke and Disrespect been cleared? Have we as citizens reached maturity where we can prioritize between arresting a comedian and arresting a rapist?

Well, after this huge lashing out against Tanmay Bhat, I think the answer is No.

Luckily we do have a few supporters who have acted sensibly and sided with Tanmay Bhat in the current matter. All the stand-up comedians, who know what their job is about, defended their mate. So did some of the celebrities. 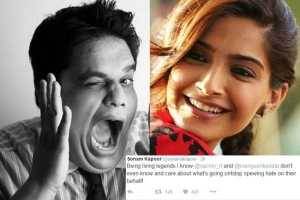 So the conclusion is that we need to learn to take jokes lightly and not get offended by them. A comedy is defined as “professional entertainment consisting of jokes and sketches, intended to make an audience laugh.” The politicians need to concentrate on more important matters at hand that actually affects lives. This video won’t affect the lives of Sachin Tendulkar or Lata Mangeshkar. They will be respected as they always have been. So let’s stop roasting Tanmay Bhat, who was trying to make few people laugh.