India is willfully known as the land with a studded heritage that is vastly diverse and multicultural in nature. We range from the mounts of Kashmir, which is connotatively known as paradise on earth, to the lush green Kerala, which is flourished with soothing greenery and warm mud.

What else, we are outlined with water bodies on three sides and jeweled with the crown of a Himalayan range on the top. We are proud inheritors of gigantic caves, and a barrel of religion is practiced simultaneously.

However, we sometimes fail to cherish the battalion of tribes who thrive on living the lives of deities long forgotten. In addition, we are home to more than hundreds of introverted sub-human tribes who, for reasons of secluded background and racism, are often neglected.

That being the case, most of the urban population is unaware of the diversity we unconsciously are a part of.

Though some tribes are said to be neglected, there does reside a tribe that has deliberately chosen to abandon the idea of being calculated as one of us.

Sentinelese, a tribal group of people inhabiting the Andaman and Nicobar islands, practice complete isolation from the rest of the world. As observed, the people of the tribe have no intention to connect to their fellow human beings and are often violent towards any instilled and forced communication.

The Sentinelese are little people and are dark-skinned in texture; usually unclothed natives but wear leaves, fiber strings, and other forms of natural decoration like seashells, beads, seeds, flowers, and other materials extracted from their surroundings. Men, along with women, have been noticed to fashion themselves in headgears made of vines.

There is no sign of agriculture on the island. Although most of their tools and weapons are made from stone and animal bones, the tribe seems to use metal fragments that end up washed on their shore. They practice hunting and gathering like most tribes and have no visible prodigy in agriculture. The islands of the untouched veterans are also feared due to their aggressive nature and cannibalism myths.

The group qualifies as the ‘lost tribe’ quite intentionally as noticed over a certain period of time and many failed trials to gather a census or any vital data regarding its existence. Nevertheless, the tribe has continued a thousand-year-old livelihood near one of the most ancient sea routes while avoiding outside civilizations.

Although the Indian Union Territory of Andaman and Nicobar Islands is the tribals’ area’s legal administrator, the people recluse themselves from such profligacy and remain autonomous.

During the invasion by the European troupes in the nineteenth century, many of the tribes that resided in the islands of the Bay of Bengal exhumed themselves from such isolation. The Sentinelese are the only group of people who have managed to survive without being charmed by the fast-paced lives that humans live just a range of miles across.

The group has been concluded to be hostile to any attempts made by outsiders, no matter how humble the act of initiation is. Since 1967 the Indian govt. tried to pull chords to include the tribe as one of their own. However, the tribe resisted the action in all forms. The group is also very particular about any trespassing in its area. One such notorious incident came to light when the tribe killed a pair of fishers who had sailed their tools in the water to procure fishes. This did not go well with the natives, and they buried the duo. When the Indian authorities flew to the water bordered area, they were hushed and threatened away by sharp, pointed arrows. 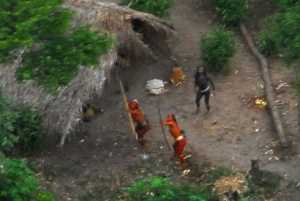 The Sentinelese are also known to be perspicuous in nature. While most of the borderline areas were prone to Tsunami 2004, the Sentinelese managed not to fall victim to the disaster and chose refuge on higher platforms. They are believed to have sensed the natural upcoming beforehand.

Despite such trials to own a brand of acquaintanceship, the group continues to live its life on its own accord. Believe it or not, maybe these people do not want to be a part of the metal dragged society given the invasions accumulated by the Europeans during the colonial times. Maybe they see how the world was lured towards a better civilization that caused the loss of their own ways of living and cost them their freedom. Maybe leaving them to their own abode of nature is valid, and their ways must not be disturbed. 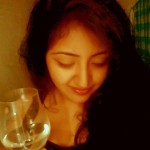 Share
Facebook
Previous articleRhapsody 2016 – The Much Awaited Fest Of Maitreyi College!
Next articleThe Annora Petrova Tale – Is it a Real Story Or a Myth?