Since I have more guy friends than girls, I often hear them complaining about how their girlfriends don’t really get them or how girls don’t understand guys.
Here are a few things girls should understand about guys, and maybe this would make your relationship much less frustrating than it is right now.

2. You Gotta Stay Away From His Internet Search History: You can’t handle it. It’s more or less the same for every guy; I bet you wouldn’t like your internet history to be viewed by others, so why not give guys their privacy too? 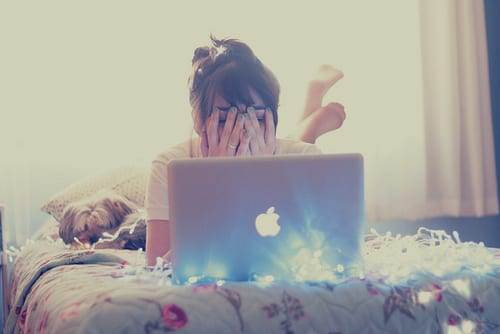 3. You Can’t Change Him: I know that you know this intellectually, but on some level, you may still think you can pull it off. We girls believe we can change guys but remember you can’t, and you shouldn’t. Why would you? And if you do manage to get it done, he’ll figure it out and resent you for it. Love him for the way he is or not at all. You have to live life with whatever it is.

4. Stop blaming him all the time: He may be wrong but not all the time, can he? Playing the blame game makes the relationship toxic. Take good advice from friends but then again decide for yourself. Listen to him sometimes.

5. Take care of him as his mother but don’t be his mother: Guys need to be taken care of sometimes just like their mother does but don’t be pushy and tell them what to do and what not to do. No one wants a bossy person around them.

6. Believe him: When he says he loves you, believe him, of course, he does, and that’s why he is up all night talking to you or apologizing to you a thousand times because he wants to make it up to you. Please don’t be pushy; accept the truth; he’s got a history, and so do you. If you love him for who he is now, don’t worry so much about the steps he took to get there. Remember, it takes time to build a relationship but a minute to break it off.

7. Gifts: A guy’s gift maybe be thoughtless sometimes, but that doesn’t mean he didn’t try to put in the effort while choosing it. Even if it’s a small pen or a bar of chocolate, remember, he may not know girls inside out, just the way you don’t know guys.

8. Looking at other girls: Every guy likes a confident girl, someone who is confident about his love for her, someone who knows her worth. You should remember just because he looks at another attractive girl who happens to walk past him doesn’t mean he is or would cheat on you. He loves you and is giving time to you; respect that. If he really wanted to be with that girl, he would probably leave you at that very minute.

So girls, remember these simple and easy steps and have a happy-go-lucky relationship with your man.