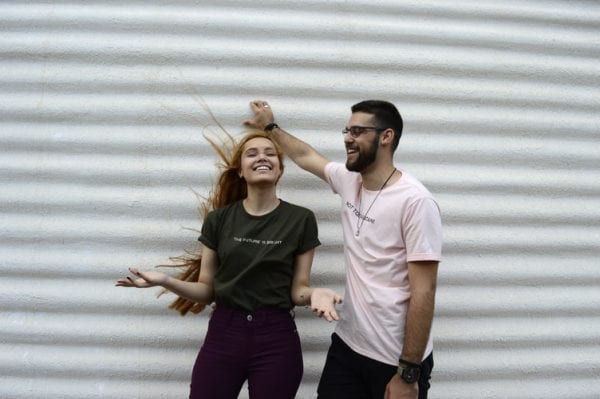 We often hear guys say, “Oh, girls are so complicated!” There are things that girls don’t know about guys. Yes, girls are complicated, nothing to deny on that. But are guys as simple to understand as they seem? No, not really. They are as complicated as girls, maybe even more!

They are very particular about the things they like, but they are not as cruel as the world portrays them to be. They are incredibly gentle with their emotions, and they keep a sturdy shield on top, so people do not find them weak. The society has forced guys to be that way. They are always expected to be the ones to take the responsibilities of their family. They go through a lot of pressure in their life but choose to keep it within themselves.

Guys do check out other girls, maybe on Instagram or Facebook. But that does not trigger their loyalty towards their love interest in any way. Girls have this misconception that only they get cheated on. There are times when guys get cheated on, and girls just leave without any closure. Guys have emotions too. It’s just that girls are better at showing it.

They are protective over people they genuinely love and care about. They would go beyond boundaries for people they love. If you have ever had a guy best friend, then you would know how selfless they can be. Sometimes girls prefer to trust guys more because they are not judgemental, and they are good listeners or maybe half the time they do not even pay attention.

1. They Find Happiness In The Smallest Things

Yes, it is true. Guys will find happiness in the smallest things. Have you ever seen a guy playing a sport or game? The sheer amount of joy on his face is the loveliest thing you would see. Their heart is very gentle, and they just seem tough on the outside.

If you cook for him, he will burst out from happiness. It doesn’t matter how tasty or not-so-tasty the food is, he will be genuinely grateful for the number of efforts that you have taken for him. He appreciates every little thing you do; whether it is going out to eat, running errands, or buying him a gift, he would never forget about it.

Guys are always expected to be the ones to initiate a conversation or ask a girl out, but that should not be the case always. Guys expect girls to start a conversation too. They appreciate it when girls listen to them and understand their problems instead of constantly cribbing about it.

They love being complimented. People often tend to overlook the fact that guys deserve to be complimented too. They are never appreciated for the way they look or the things they do, and it can be pretty upsetting to them. They need to be pampered and felt loved too. Girls think that it is a responsibility of a guy to heal the girls, but sometimes guys need healing also. Even they go through a lot of problems, and they expect girls to be good listeners and just be able to have a sense of freedom that he can share his problems without feeling judged.

2. Not All Guys Have Bad Intentions

You may have come across guys who might have broken your heart, cheated on you, bullied you or done you wrong. This does not mean that every guy is like that. This is one of the most essential aspects that girls don’t know about guys.

We may hear guys say the same thing about girls. They would say that all girls are the same and that all girls cheat or play with emotions. These similar tags are given to guys as well. They are being labeled as cheaters, disloyal, players, and what not! Just like it is unfair to put a label on girls, it is equally wrong to put names on guys.

There are times when girls leave guys because they get bored, and guys are left hanging in a dilemma about what they did wrong. Guys can be overthinkers too. They think about every little thing you do or say, and it stays in their mind for a long time. Girls should avoid saying too many harsh things to guys because once something is said, it is not going anywhere from their mind.

3. Guys Value Their Family More Than Anything Else

One of the things that girls don’t know about guys is that guys value their family more than anything else. Guys will always love their mother more than you. They are extremely affectionate towards their mother. They would do anything and everything for their family. They hate seeing their mothers cry.

With parents, as much as they love their parents, they always fear they might hurt their parents. They tend to blame themselves whenever anything goes wrong. More often than not, parents tend to expect too much from their sons, and they always have pressure on their heads. They still feel the need to be able to stand up to their parent’s expectations, and in that process, they lose themselves.

Although it does not come from a bad place but parents and society needs to understand that such pressure can create a negative impact on guys. 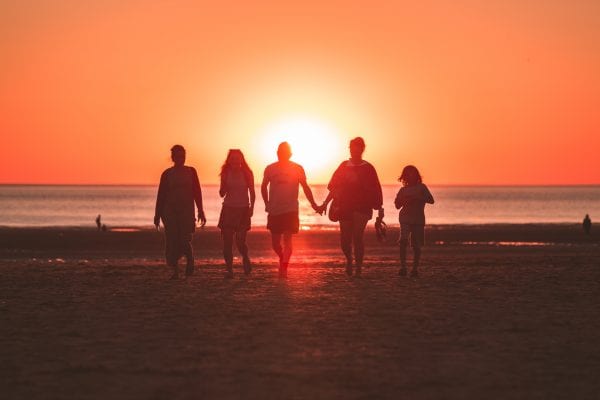 4. They Are Emotional Too

Girls often think that guys are emotionless. This one assumption must be taken out of girls’ minds ASAP! Guys are extremely emotional, and this is one of the things that girls don’t know of.  It has been fed in the minds of people that showing emotions is a sign of weakness. Guys are being told that they are not “manly” enough if they show emotions. The truth is that guys cry too. They get hurt over the smallest things that one could imagine. Do not think that guys don’t feel anything. They get extremely hurt when you don’t respond to their texts when you give them mixed signals when you break up with them.

Sometimes they expect girls to ask them out first. They would love to receive texts from you first. They feel like they should not be the only person giving in efforts. They want you to provide equal bids.

They may not admit it, but they love receiving compliments. They are not appreciated enough. Girls often tend to expect so much from them that they get absorbed into it. They will always pamper you, take you out on dates and compliment you, but sometimes they need a sense of validation, and there is nothing wrong with that.

Whenever girls go out on a date, they always have a checklist for guys. Some may prefer tall guys with abs who have perfectly groomed hair and nice beard, but what if the guy is exactly the opposite of what you had imagined? His self-esteem will drop to zero, and he may feel that he is not worth anything.

Girls may prefer guys who are extremely funny and rich, but what if he is not? These things and having criteria and checklist for how a guy should or should not be can shatter his self-respect.

5. They Are Extremely Loyal

Guys are extremely loyal to people they are truly committed to, and this is one of the things that girls don’t know about guys. You may notice that guys have friends from their childhood. They hang around with the same group of friends. The reason for that is they stay true to people they care about.

In a relationship, you cannot expect someone to be perfect, but what you can expect is loyalty, and this is one of the things that girls don’t know about guys. Guys are very loyal with their love interest, and they expect the same in return. That is why they get jealous when they do not receive the same loyalty that they give. They become protective because they understand how other guys can be. They understand the true intentions of other guys so, next time when you go out to hang around with other guys, and your boyfriend gets protective about it, have a communication with him instead of being pissed off.

Things You Don’t Know About Guys

Most guys are also quite patient and wait for things to fall into place instead of rushing into it. After starting a conversation, they prefer to take things slow, and they also want to know your true intentions towards them, some of the things that girls don’t know about guys.

Girls tend to think that it is easier for guys to move on after a breakup, but it not true and one of the other things that girls don’t know about guys. Everybody tends to think that the grass is greener on the other side. But guys find it difficult to move on after a breakup. They may seem okay on the outside, but it breaks their heart into pieces from the inside. Even then, they are not able to showcase their emotions to others. They tend to keep it to themselves.

Guys do not say this, but they need a girl as a best friend in their lives. They often tend to open up in front of their girl best friend because they think she knows it better. That’s why they have a hard time expressing their feelings to others.

Girls always expect guys to earn well, be good looking, be humorous, and what not! But such unrealistic expectations must not exist. Such expectations can ruin a guy’s self-esteem. Girls need to understand that guys get cheated on too. They get their heart-broken too. They are extremely sensitive and maybe even more than girls.

Guys also prefer to isolate themselves and stay alone. They need time to process all that is going around them. It is not to be taken seriously; they just love their own company sometimes. Do not overthink if guys take longer to respond to your text or calls. Maybe they need some time alone, or they are just playing games on their device. Guys have their share of problems. Want to know what they are? Click here.

So these were a few of the things that girls don’t know about guys. Maybe, they aren’t as complicated as they look. They just need to be understood like they understand the feelings and sentiments of others.