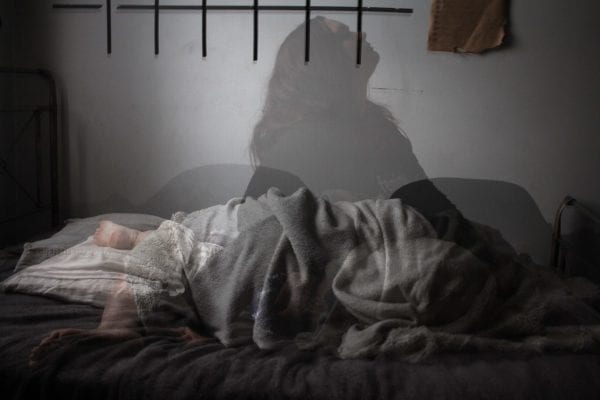 Are you looking for famous Insomniacs in history? Then, all aboard my friend because this article will tempt you to learn about these famous people who had insomnia in the past, and some of them are still suffering. Sleeping problems shouldn’t be taken easily.

Sleeplessness, or also known as insomnia in medical terms, is a sleep disorder wherein people find it difficult to get a good goodnight or day sleep. The degree of sleep disorder, insomnia varies. Some have partial insomnia while others from full insomnia. Similarly, some people have great difficulty falling asleep while others cannot fall asleep at all.

Experts have diagnosed that insomnia is conventional a result of day sleepiness, lack of energy, irritable and depressed mood. There are significant risk factors associated with it, such as accidents, failing to stay focused, and unable to learn.  It has been argued that insomnia can be both long term and short term lasting from a few days to a few weeks to continuing for months and sometimes even years.

There is a long list of why one suffers from insomnia; it could occur independently or may result in a combination of other problems. Such problems include mental health, stress, menopause, heartburns, hyper thyroid, chronic pain disorder, heart failure, and drugs such as alcohol, caffeine, and nicotine.

The first few treatments which are suggested to people who have insomnia include a few changes in daily routine, maintaining better sleep hygiene, and adopting a better lifestyle. The most general question asked people who have insomnia is how difficult is it for them to fall asleep? To be able to make a proper diagnosis after pursuing sleep study.

In the most general sense, sleep hygiene includes a set bedtime, some exposure to sunlight absorbing vitamin D, and exercise & yoga regularly. If this doesn’t help, then CBT (Cognitive Behavioural Therapy) might be added to the list accordingly.

In extreme cases, sleeping pills might help but are not considered as the best options as it might lead to addiction. The cases of insomnia can be traced back to as far as the ancient Greek Era. People above the age of 65 and in female’s insomnia has been recorded more than anyone else.

You never know when sleeplessness or to use more technical term insomnia might strike you and leave you wondering for days without any sleep. There are various celebrities, politicians, scientists, and many more who have or continue to suffer from sleeplessness or insomnia. I hope you enjoy this article on famous insomniacs in history.

Happy Reading about famous insomniacs in history and all about them!

The first on our list of famous insomniacs in history is the well-known known as Van Gogh. He was a dutch post-impressionist painter and was one of the most influential figures in the history of art and literature. He painted over about 2100 paintings in just a decade.

It is believed that he created more than 800 oil paintings in the last two years of his life. His art and work contributed a great deal to modern art. He didn’t make anything out of his work commercially and lived most of his life in poverty. He fought with depression and mental illness until the age of 37 when he decided to give up on his life.

It is believed that Gogh suffered from night terrors and hallucinations, the reason why insomnia took over his sleep cycle. And he tried to cure his insomnia with camphor, which had its side effects, which might be the reason for his suicide.

Thomas Edison, or to go by his full-name Thomas Elva Edison, was a great American businessman and inventor. He developed motion pictures, mass communication, the light bulb, and electric power generation along with various other inventions.

These advanced inventions helped to shape the modernizing industrial world. Edison became the first one to establish a research laboratory emphasizing the importance of research.

Edison used to get only three-four hours of sleep at night because he regarded sleeping as a waste of time. The possible reason that he was the most prolific inventor of his time. Because of all the time he had he spent on inventing and experimenting. Instead of sleeping making him the second on our list of famous insomniacs in History.

Lincoln, the most famous and the 16th president of the United States who was in the run from 1861-1865, is next in our list of famous insomniacs in history. He was a lawyer by profession first and later opted to become a statesman. He was the one to take a step towards preserving the model of equality in the U.S. Lincoln is considered one of the greatest politicians. They led the country through the famous American Civil War.

The abolition of slavery was necessary for preserving equality of people regardless of their race, color, sex, or creed. Freedom and justice were essential tropes in the process of modernizing the nation.

It was during the civil war that president Abraham Lincoln suffered from sleeplessness or insomnia. It is known that; insomnia was the reason that he was penchant towards taking long walks during the night due to lack of sleep. Even, at times, Lincoln started narrating funny stories to people around him.

Everyone knows who Marilyn Monroe is. One of the most famous American model, actress, and singer. Monroe is known famously for her comic role as “Blond Bombshell.”

Also, she became one of the most mainstream sex symbols of mid-nineties playing a prominent role in changing the mindset of sex and sexuality. She engraved her name in golden words in the history the most iconic personality in Popular Culture.

She married Arthur Miller, one of the best playwrights of America who was also controversial in approach for his liberal ideas hurting the corruption of those times. However, the marriage didn’t last, but both inspired each other later on in life as friends.

Both her marriages ended in divorce and were highly scandalized and publicized hugely. Monroe was struggling with anxiety attacks, depression, and addiction. She was furious just the day before her death upon hearing that her friend got a 12-hour sleep. She tried to treat her sleeplessness with sleeping pills that she became addicted to them and was unable to sleep without them.

The next on our list of famous insomniacs in history is Madonna, the well-known American actress, singer, songwriter, and author. She is popularly known as the “Queen of Pop,” becoming one of the influential figures in Popular Culture. She is admired for her experiments and invention in music production, songwriting, etc.

She is both criticized and praised by people for her works and the liberal artistic ideas she brings forth. Madonna has been suffering and living with insomnia for decades now. To take her career to heights and be a good mother to her children, it is hard for her to get proper sleep. If by chance, she does have time to sleep, it might not come easy to her.

Along with managing her kids and desiring a career, she was constantly sleep-deprived as she came home in the middle of the night and struggling to balance all of them together.

Frances Ann Leibowitz is an American public speaker, part-time actor and author known for the social commentary on the present-day American life through the lens of being a New Yorker. By her fans, admirers, and critics, she has been labeled as the modern, 20th century Dorothy Parker who is a compliment of the highest order. She has known mostly for her two most notable works, Metropolitan Life and The Fran Leibowitz Reader.

“I myself don’t dream because I never sleep … I haven’t slept since I was 17. I’m up all night whether I’m home or not. I used to be out all night. But I don’t do that anymore. I’m way past the out-all-night age. People can call me at three in the morning without any fear that they would wake me up …Let’s face it, I am not a highly-functioning person.” —WWD, November 2010

Leibowitz has been battling with insomnia since the age of 17 till now. She talks about how it has affected her routine and life.

The beauty queen of Hollywood, Jennifer Aniston, is much admired by the world for her role as Rachel Green in the popular American sitcom, FRIENDS. Aniston is not only an actress but also a film producer and businesswoman. The fun-fact is that she is the daughter of John Aniston and Nancy Dow, the probable reason she entered early on in the film industry.

She has earned a lot of fame for her role as Rachel Green and various other significant parts making her one of the most loved actresses. On top of that, she married Brad Pitt, the hot figure of Hollywood in the 90s (and still is if you ask me).

Aniston has had insomnia, and she shares her secret of how it could be handled. To find out read below:

“My one key tip [for battling insomnia] … is to sleep with my phone at least five feet away from me. That’s helped me tremendously. And I also do a quick meditation before I get into bed, even if it’s just for five minutes. There are also some yoga poses that I’ve found to be quite helpful in relaxing my mind, even if it’s just a simple downward dog and some stretching. But the biggest thing is the electronics shutdown, ideally an hour before I turn off the lights. It’s really a big deal.” —The Huffington Post, April 2016

Demi Lovato in next on our list of famous insomniacs in history, another American singer, actor, songwriter, and renowned Disney tv personality for her role in musical Camp and Rock & its sequel. Now, she is a very well-established singer and is admired by her fans. Her two songs, skyscraper and Give Your Heart a Break were on the top 40 charts for many years.

The singer has talked about how she has been suffering unconsciously from insomnia until she finally realized she was suffering from it. She spoke about it in MTV’s Demi Lovato, where she mentions that she had insomnia.

All these celebrities have suffered through sleeplessness and sleep apnoea. From Monroe to Madonna, former U.K. prime minister Margaret Thatcher to U.S. President Bill Clinton and Tallulah Bankhead to Groucho Marx, all of them have fought battles and continue to fight against the night monster, insomnia.  The one who is familiar with the importance of sleep and following a healthy sleep cycle is important for one’s health and well-being.

Related: Also, if interested, please check out 7 Most Fascinating People in History. 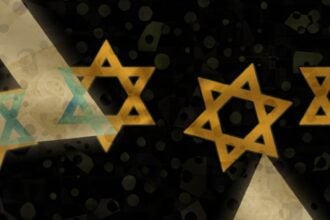 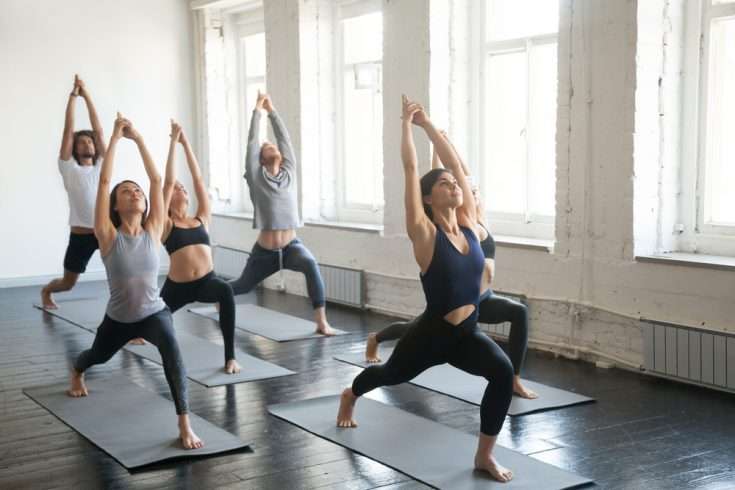