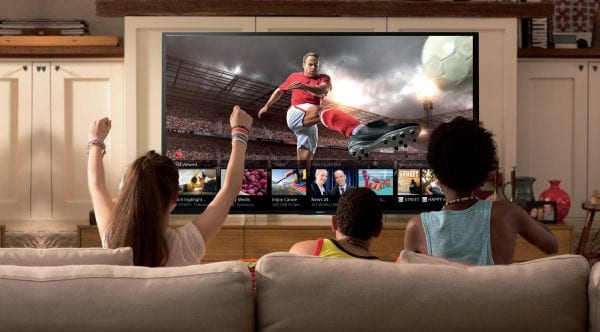 Planning to watch a movie? But you have your parents with you. Well, you have come to the correct page on movies to watch with strict parents. The cinematic world is not limited to age barrier or content. There are a variety of scenes and dialogues not preferable for all age groups. While we just can binge watch any movie alone, but on the other hand for the ones with strict parents might face a problem.

As now we all are stuck in the lockdown period, boredom hits us each day and as we are not that familiar with all movie names, we check for the best ones over the net. As for parents they don’t love films on raw scenes or any adult content but rather a content based on fun, comedy, sweet romance, and story. When you’re at home planning to watch a movie all alone, it’s really a sweet gesture if you invite your parents also to watch with you.

Don’t worry here below are mentioned among the best movies to watch with strict parents. They are sure to love the story and there is no awkward scene.

A perfect family movie, full of drama and emotions. One of the best-rated movies of early times. The name itself gives a meaning that a perfect family is made of both happiness and sadness. We see eminent actors in this film, Amitabh Bachan, Jaya Bhaduri, Sharukh Khan, Hrithik Roshan, Kareena Kapoor, Rani Mukherjee, and Kajol Mukherjee who all together portrayed every scene so well.

The story revolves around two brothers, Rahul and Rohan. It shows the mindset of parents not accepting their elder son as he didn’t marry according to them and chose to go abroad. While his small brother Rohan goes on a journey abroad to bring his brother back. All over the movie contains romance, drama, emotions.

Kabhi Khushi Kabhi Gam teaches the viewers how to respect your parents and to not give up on a family. Your parents are sure to love this movie.

This is one of the movies to watch with strict parents. A brilliant piece of script, direction, and acting all together. The movie deals with autism and specially gifted children whom the society neglects. Actor Amir Khan portrays the role of a hardworking teacher very well and Darsheel Safari plays the role of a kid suffering from dyslexia.

The movie gives a lesson to all parents on pushing their kids beyond limits and understanding them. Ishaan Nandkishore Awasthy (Darsheel), a kid unable to learn and memorize is sent to a boarding school for strict guidance by his parents. But it turns out worst as he suffers more until a teacher Ram Shankar Nikumbh (Amir Khan) enters the school and changes Ishaan’s life forever.

Don’t miss out on the scene where the teacher explains, all the five fingers of our hand are not the same and every other kid has special talents. A good lesson for all the parents and children.

The famous Disney movie. Although it’s an adaptation of the Snow White movie. But the ending twist makes it worth watching with parents. We have Angelina Jolie playing the role of the wicked witch Maleficent. And the daughter Aurora upon whom the witch curses.

After a betrayal from King Stefan, Maleficent places a curse on his daughter Aurora. A curse where she will she dive in deep sleep on reaching her teenage age. She won’t ake up until a person with pure love kisses her. But later, the witch develops a soft corner for Aurora as a mother, and here where the adventurous story begins.

A great movie to watch with parents. Full of emotions and adventure. There are quite funny scenes for a quirky laugh. It shows how a mother’s love is the purest love of all. 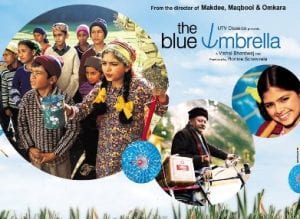 The 2005 movie is an adaptation from the book, The Blue Umbrella by Ruskin Bond. Shreya Sharma and Pankaj Kapor played the lead roles. It’s a very beautiful movie giving us a lesson that we should accept and forgive even the worst human beings in our lives.

The story revolves around a little girl living in a small village on Himachal Pradesh, who received a beautiful blue umbrella from a group of Japanese Tourists. Soon the blue umbrella is noticed by all and everybody wishes to have it for once, including a shopkeeper Nandkishore. But the girl Biniya is not ready to part with it at any cost. Later on when Khatri tries to steal away the attention of Biniya by creating a fake red umbrella. Here where the twist starts.

The movie is all about acceptance and a soft heart. Do watch this movie with your parents to feel the essence of the story.

Check out  movies to watch with your friends

Who can forget to watch the hit movie of the 20’s Koi Mil Gaya starring Hritik Roshan, Preeti Zinta, and Rekha. A movie that is based on science fiction, drama, romance, and comedy. This is an amazing movies to watch with strict parents or any kind of parents.

The movie focuses on Jaadu an alien from the other world and how he becomes friends with Rohit, a boy with a mental disability. The character Jaadu is loved by almost all children. We see the journey of Rohan and Jaadu when police try to capture the alien. And Rahul protects his friend at any cost.

A sweet movie on true friendship and sacrifice. Perfect for binge-watching.

A movie based on middle-class parents, Rishi Kapoor and Neetu Singh. The real-life couples play the reel life husband and wife name the Duggals family.

It portrays how one faces a problem in a discussion with your parents about buying a new car. There are humor, laugh, and emotions. We see Rishi and Neetu portraying their characters as Punjabi couples very well. It teaches us a lesson on valuing our parents, supporting them in every aspect of our lives, and not abandoning them. 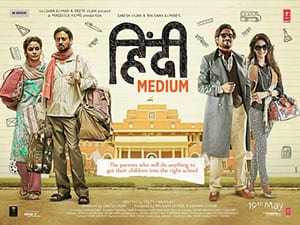 The movie where we see parents going beyond limits just to see their kid successful. This movie has received many awards and recognition. We see Irfan Khan as Raj Batra and Saba Qamar as Mita Batra playing the role of husband and wife.

Raj and Mita want their kid to admit to English medium school. In the process, they start working hard to learn English to impress their kid’s school and appear in interviews. There are fun, comedy and quite a good laughter. Raj and Mita are seen learning spoken English from institutions and changing their lifestyle, being more fashionable and understanding.

Throughout the whole story, they also come across different challenges and negligency. Parents can go any limit for their children. You will sacrifices, humor, pain, happiness, emotions, and success. Watch this film with your parents to feel the sacrifices they do for you. 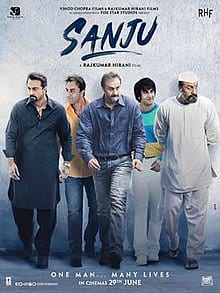 Each and every scene is portrayed brilliantly. Ranbir Kapoor even had won the best actor for this film. A true bond of friendship is shown between Sanju and Kamlesh (Vicky Kaushal), where Kamlesh never gives up on changing Sanju and goes beyond limits to save his friend. Various sides and struggles of Sanjay Dutt in his whole acting career is seen. We get to see beautiful actresses in play Manisha Koraila, Sonam Kapoor, Dia Mirza, and Anushka Sharma. 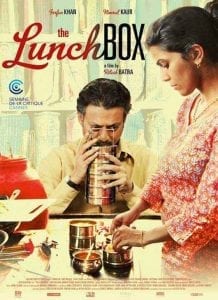 An underrated film and a piece of gem. An unforgettable journey mixed with love, emotions, and family. It’s also one of the best films on Netflix revolving around a housewife and an older man. LunchBox was nominated for British Academy Awards and was a blockbuster hit.

Irfan Khan plays as Sajan Fernandez, widower going to retire from accountant job and Nimrat Kaur as Lla, a housewife seeking for her husband’s attention. LLa sends lunch for her husband every day through Mumbai Dabbawalas but unfortunately, the lunch is delivered to Sajan Fernandez. The unending twists, suspense, expectations, and romance makes the film intense romantic suspense.

This is surely one of the family friendly movies to watch with strict parents (or any kind of parents) and even friends.

The movie deals with women power and the sacrifices of a father. Amir Khan plays the role of a sacrificing father. He is ready to give up everything in order to make their daughters successful in wrestling.

The film completely focuses on wrestling and the struggle to be a wrestler. The story is set in Haryana where former wrestler Mahavir Singh (Amir Khan) trains his two daughters Geet Phogat and Babita Kumari to win the gold medal for wrestling, which he could not. We see how a father sacrifices his time and dream for the success of his daughters.

Both children and parents should watch this movie. We see the strong girls not giving up and fighting each day to overcome obstacles. Women power is brilliantly portrayed. This film also got much recognition and we can learn so many things from it.

So, these were the suggestions for movies to watch with strict parents. Which movies will you watch with your parents? Comment your suggestions in the comment section below!