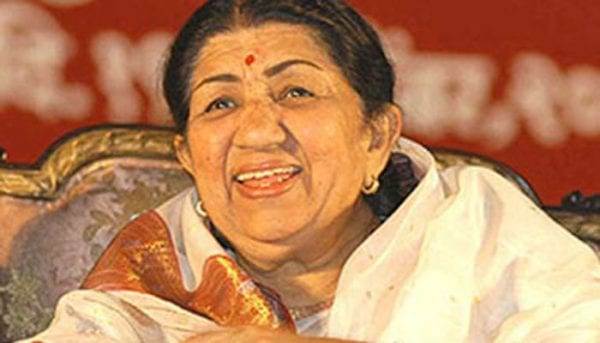 Who are the best unforgettable voices of India that you can listen to any day?

eMusic is one of those art forms that reflects all the untouched words and that one smooth flowing voice soothing your heart and in that perfect moment when you pretend to lip-sync, hitting chords that will put Pankaj Udas to shame. Now, I understand all the bathroom singers are triggered, but we all have been there in our musical ecstasy. No matter what your hobby is, though, we are sure you are a fan of these fifteen singers – the unforgettable voices of India.

The Top 15 Unforgettable Voices of India

In this article, we shall explore the fifteen famous voices that changed the course of the Music Industry of India.

Kavita Krishnamurthy rode to stardom as one of the most versatile and gifted singers in the music industry during the 80s and 90s. Krishnamurthy was one of the most popular vocalists in Indian film, landing several hits like“ Tu Cheez Badi Hai Mast Mast” (Mohra), “ Dola Re Dola”(Devdas),” Hawa Hawai” (Mr. India) and many more. She was adorned with Padma Shri, and is among the unforgettable voices of India. 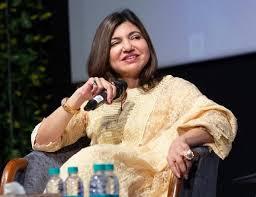 Alka Yagnik is one of the leading singers of the Hindi film Industry since her overnight hit “Ek Do Teen…”(Tezab) released in 1988 that won her first Filmfare. In a career spanning over more than three decades, Alka Yagnik has sung more than 2000 hit songs and became the most-streamed Indian artist-mom on Spotify in 2019. The fact that her voice is still relevant says a lot about her artistry, and she remains among the top unforgettable voices of India. 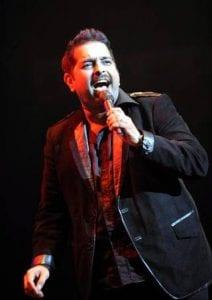 The Indian singer and composer who’s also the part of the trio Shankar- Ehsaan- Loy is classically trained and the recipient of the National Film Award for Best Male Playback Singer for Chittagong, Tare Zameen Par. Mahadevan was also adorned with Padma Shri in 2019. His worldwide hit “Breathless” in collaboration with Javed Akhtar is one of the most exemplary song numbers of India. His music academy known as “Shankar Mahadevan Academy” provides with online tutorial of various Indian genres of music.

Sonu Nigam is one of the most versatile singer, performer, host and was the one who bought Indian pop to the forefront with his album “Deewane” which is one of the best selling albums to date. His hits “Kal Ho Na Ho”, “ Abhi Mujh Mein Kahin”, “Tumse Milke Dil Ka” and many more are evergreen hits of his career. He won National Film Award for “Kal Ho Na Ho” and  Filmfares for “Sathiya” and “Agneepath”. 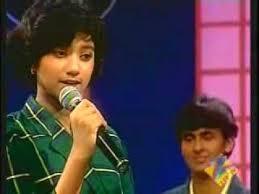 Winner of four National Film Award and eight Filmfares, Shreya Ghoshal started her career as a participant in Sa Re Ga Ma Pa in the year 2000 with none other than Sonu Nigam as the host. Ghoshal is the first Indian singer to have her wax figurines in Madame Tussauds.  Her hit item number “Chikni Chameli” changed her reputation of always romantic voice.  Legendary Usha Uthup called her “Voice for the Future” and there’s no denying in that.

Rahat was awarded an Honorary Doctorate of Music by the University of Oxford in 2019. He performed “Afreen Afreen” with Momina Mustehsan in season 9 of Coke Studio since three years ago and it’s still going strong with 300M views on YouTube, making him one of the top unforgettable voices of India. 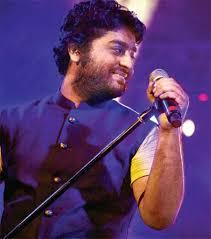 Indians would always be grateful t Arijit Singh for being their voice of heartbreak. His voice has the power to revive your every painful breakup. Singh began his career as a top 6 contestant in Fame Gurukul in 2005. He got his big break with “Tum Hi Ho” (Aashiqui 2) and since then Arijit Singh is the most famous and preferred singer of Bollywood. He was declared as the most-streamed artist of the year 2019 on Spotify.

He is known for his worldwide hits “Duaa”, ”Samjhawan”, ”Kabira”, ”Laal Ishq”, ”Muskurane”, ”Mast  Magan” and hundreds more in different languages. He was celebrated with National Film Award for “Padmaavat” and 6 Filmfare Awards. Arijit Singh is the best of today’s Music Industry, and one of the unforgettable voices of India. There is a lot to love about him. 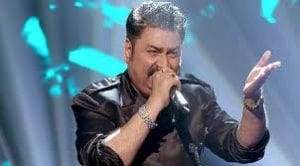 Kumar Sanu is better known as the voice of the 90s era that lingers the memory of Kishore Kumar. With composers like Jatin-Lalit, Nadeem-Shravan, Anu Malik, Viju Shah, he dominated the music industry in the 90s. His biggest breakthrough was with Nadeem- Shravan, “Dheere – Dheere” from Aashiqui. Kumar Sanu won 5 Filmfares consecutively between  90-95. 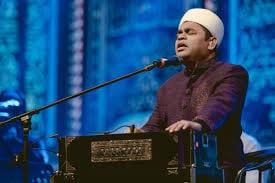 A.R. Rahman singer, music composer, producer works mostly in Tamil and Hindi Film Industry. He hasn’t just won as many as six National Film Awards, and two Academy Awards, The list of A.R. Rahman’s achievements continue to grow. You can add to the list, as of now in April 2020, as many as 2 Grammy Awards, and a BAFTA Award – awards that all musicians die for. To top it off, there is also a Golden Globe Award – a coveted list like no other.

Apart from that, within India, he has won a good 15 Filmfare Awards and 17 Filmfare Awards in South India. It’s no wonder that for Indians, A.R. Rahman is known as the “Mozart of Madras.” He was also awarded Padma Bhushan in 2010.

Vande Mataram, an album of his original compositions, was released during India’s 50th independence anniversary. Some of his biggest hit albums “Bombay,” “Delhi 6”, “Rockstar,” “Gentlemen”, “Dil Se..”, “Guru” and many others for us to cherish eternally. 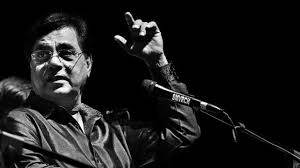 “The King of Ghazals”, revolutionalized this genre for the common man. When he sang Kaifi Azmi’s lyrics, “ Tum Itna Jo Muskura Rahe Ho…Kya Gham Hai Jo Chupa Rhe Ho, every heart melted on his velvet voice. His voice gave eternal life to the Tv series “Mirza Ghalib” that shook millions of hearts, and for that, he was awarded Sahitya Academy Award. He is undoubtedly the favorite singer for many and an unforgettable voice of India – especially for broken hearts.

Jagjit Singh was also honored with Padma Bhushan in 2003. His last tour to the US in 2011, after which he succumbed to brain hemorrhage. His all-time favorites  “Tum Ko Dekha To Yeh Khayal Aya”( with Chitra Singh),” Ek Pyar Ka Nagma Hai,”” Hoshwalon Ko Khabar Kya” and many more are still alive in our hearts. 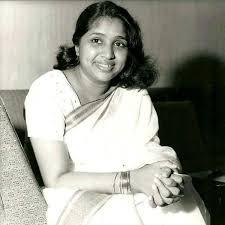 Asha Bhosle grew up under the shadow of her elder sister Lata Mangeshkar, but still, she gained her versatility through all the hardships and controversies. Her voice had the power of sensuality and the soft melodious tone of ghazals.

Her signature ‘cabaret’ style made a career of Helen and immortalized songs like “Ae Mera Dil,” “Piya Tu Ab Toh Aa Jaa,”” Dum Maro Dum,” “Duniya Mein” and many more. With seven Filmfare Award and two National Film Awards, she was also the first Indian to be nominated for a Grammy.

She received the Dadasaheb Phalke Award in 2000 and was also honored with the Padma Vibhushan by the Government of India. She is definitely among the best unforgettable voices of India. 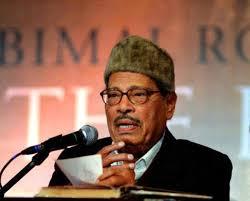 Internationally acclaimed Manna Dey, was the most versatile and celebrated playback singer, music director, musician, and Indian classical vocalist of the Hindi Film Industry who sang in almost every regional language.

He won the National Film Award for Best Male Playback Singer for two of his films. The list includes the following films:

He has also won Filmfare awards for the same. Manna Dey was also awarded with Padma Shri Award by the Government of India.  His famous hits like “Chatur Naar”,” Aye Meri  Zohra Zabin”,” Laga Chunri Mein Daag,” and many more that still alive among us, making him among the top unforgettable voices of India. 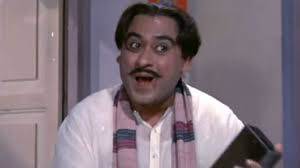 Kishore Kumar was known for his eccentric nature and his comic timing. He was not simply a playback singer; his versatility ranged from being an actor to the music director, lyricist, writer, director, producer, and screenwriter. He sang in many Indian languages, especially in Bengali. With eight  Filmfare Awards for Best Male Playback Singer, four Bengal Film Journalists’ Association Awards. Director Anurag Basu is now making an official biopic on this unforgettable voice of India, which stars Ranbir Kapoor as Kishore Kumar. 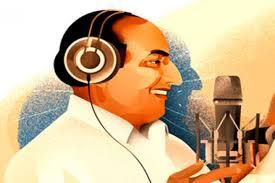 In his thirty-six years of Bollywood career, Mohammed Rafi had collaborated with leading music directors like Naushad, S D Burman, O. P. Nayyar, Laxmikant-Pyarelal and many more. He won both Filmfare Award and the National Award for the song “Kya Hua Tera Wada” composed by R.D. Burman.

His controversy with Lata Mangeshkar over the royalty of songs and with Guinness Book of World Records that claimed to have recorded more than 28,000 songs in various Indian languages proves that he was one of the best singers that India was ever blessed with. He was celebrated with Padmashri by the government of India. His humility never fell short with his glorious career, and that shows by his largest funeral procession that Bollywood ever witnessed. 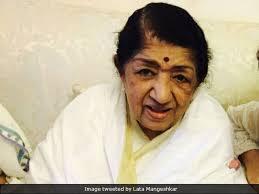 Honestly, the list of the unforgettable voices of India cannot be complete without her. “The Nightingale of India” with more than a thousand Hindi songs in her name, Lata Mangeshkar also sang in many regional and foreign languages.  Her voice became the identity of Indian femininity that goes straight to the heart.

Lata Mangeshkar started her journey in Bollywood with the song “Dil Mera Toda, Mujhe Kahin Ka Na Chhora” from ‘Majboor’. The song became a hit and with that, there was no turning back for her. And since then her career spanning over eight decades she is considered to be the pride of the country.

The Dadasaheb Phalke Award was honored to her by the Government of India. She was also awarded the Bharat Ratna with three National Film Awards. Apart from this, her list of awards also includes the Bengal Film Journalists, Association Awards.

It’s not only India that cherishes her voice, but France also conferred on her its highest civilian award (Officer of the Legion of honor). Lata Mangeshkar, one of the unforgettable voices of India, has won as many as four Filmfare Best Female Playback Awards. Apart from this, her achievements include a good two Filmfare Special Awards, as well as the ultimate Filmfare Lifetime Achievement Award.

Who else do you think needs to be on this list of the top unforgettable voices of India? Let us know below – we would love to hear!