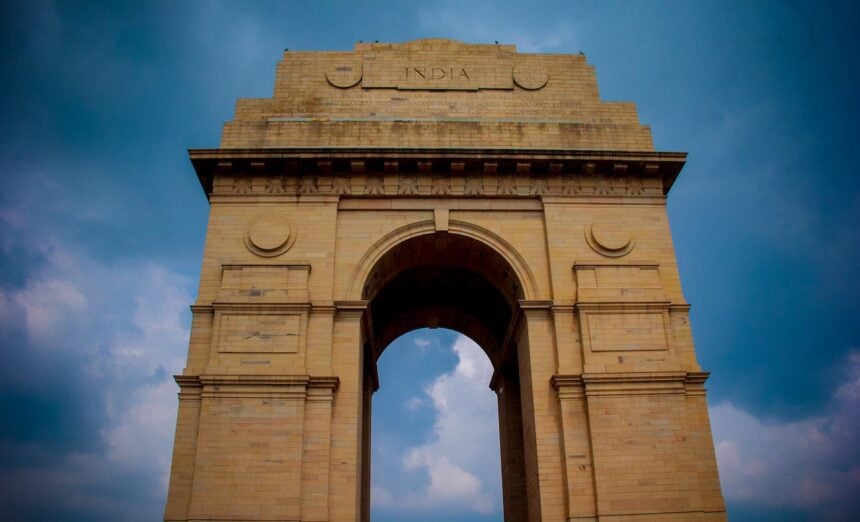 Is it 29, 28, or 36? Do you often find yourself confused about the number of states located in India? Don’t worry; we’re here to clear your confusion once and for all.

India is a developing country where several states and union territories keep on getting amended every few years.

Presently, there are 28 states and 8 Union Territories in India.

Let’s look at our comprehensive list of the Indian states, their location, specialties, history, major tourist attractions, and much more. So that you never get confused about what are the states in India.

What are the states in India- on the northern side?

The popular hill station of Himachal Pradesh offers many outdoor activities such as rock climbing, mountain biking, paragliding, ice-skating, trekking, rafting, and heli-skiing. Manali, Shimla, Mcleodganj, Dalhousie, Spiti, and Kasol are some of the best tourist spots in Himachal Pradesh.

If you ask what states in India are famous for agricultural and lush grasslands, Punjab will be at the top of the list.

Its capital is Chandigarh, which is interestingly a Union territory too. Punjab has multiple rivers running across its length and breadth.

What are the states in India famous for religious activities? Surrounded by the Himalayas, the state of Uttrakhand is very well known for its Hindu pilgrimage sites. Its capital city is Dehradun.

What are the states in India famous for producing world-class athletes? Haryana tops the list for sure. Haryana is best known for two things- farming and sports. Chandigarh is a shared capital of Haryana and Punjab.

If you ask, what are the states in India with high political activity? The political powerhouse of India is certainly Uttar Pradesh.

Uttar Pradesh hosts one of the Seven Wonders of the world- The Taj Mahal.

What are the states in India towards the east?

Bihar is a highly fertile land located in East India.

Its capital city of, Patna, has been a historically important place.

West Bengal is a state located on the eastern side of India. West Bengal has an important place in Indian history.

It was a major trading port during British rule. Kolkata is the capital of West Bengal.

Sikkim is a popular state for its mild climate and abudnace of biodiversity along with subtropical and alpine features. In addition to that, it is home to the highest peak in India-Kangchenjunga.

A jewel in the northeastern part of India, Sikkim is one of the most beautiful and serene holiday destinations in India. The land also features famous monasteries, pristine lakes, waterfalls, and great hiking and shopping spots.

Located on the Bay of Bengal, the state of Odisha is famous for its tribal cultures and ancient Hindu temples.

To the east of Madhya Pradesh lies the mineral-rich state of Jharkhand.

What are the states in India in the central region?

Chhattisgarh is a place popularly known for its forested nature.

It is home to several indigenous tribes as well. The capital city is Raipur.

Chattisgarh has an abundance of minerals like coal, iron ore, limestone, bauxite, and dolomite, as well as its significant deposits of tin, manganese ore, gold, and copper.

It also has beautiful landscapes, waterfalls, caves, and heritage temples.

What are the states in India with high forest cover? Madhya Pradesh is among the top contenders for the most forested state.

Madhya Pradesh is famous for The Historic City of Gwalior, Khajuraho, The Caves of Bhimbetka, Wildlife at Bandhavgarh, The Hills of Pachmarhi, and the Ancient Temples at Ujjain.

Telangana is a newer state carved out of Andhra Pradesh.  Its capital is Hyderabad.

What are the states in India on the western end?

Rajasthan- The land of kings, is a treasure trove of rich cultural heritage sites. Its capital is Jaipur.

If you ask what the states in India with a desert landscape are, Rajasthan will be at the top of the list. Rajasthan boasts an impressive amalgamation of natural beauty and manmade structures as home to majestic palaces and vast sand dunes. It’s widely known for its colorful culture.

The state of Gujarat is located on the west coast of India. Its capital is Gandhinagar.

Maharashtra’s capital is Mumbai, also known as “The Finance Capital of India.” Mumbai is also the hub of the Indian cinema industry called- Bollywood.

What are the states in India on the southern side?

Andhra Pradesh is a state that lies in the coastal area of the southeastern region of India.

Andhra Pradesh was the first state to be formed on linguistic lines.

It is often called the Kohinoor of India because of the Golconda diamond mines. A part of Andhra Pradesh has turned into a separate state of Telangana just a few years ago.

The southern most state of India!

Tamil Nadu is famous for Hindu temples and monuments at Mamallapuram, Sunrise at Kanyakumari, Dolls and Paintings at Thanjavur, Kanchipuram for the Silks, Marina Beach, Meenakshi Amman Temple, Madurai

Goa is famous among international tourists for some adrenaline rush!

Goa is widely loved by adventurers and young travelers from around the world who flock here to soak up the sun. It is well-known for its beautiful beaches, hippie vibes, recreational activities, and vibrant parties.

Karnataka – The land of gold, stands first in the production of gold in India.

Adorned with the emerald backwaters, sprawling and lush tea estates, pristine hill stations, Kerala is one of the most desired holiday destinations in India for people seeking relaxation.

What are the states in India that form the group called Seven Sisters?

It became a full-fledged State on February 20, 1987. This state shares international borders in the North, West and East.

The state of Assam is famous for its wildlife, archeological sites and tea plantations. It’s capital city is Dispur. Assamese language, eastern Indo-Aryan (Indic) language is the official language of Assam.

Nagaland is a mountainous region. It borders the country called Myanmar.

Nagaland is home to diverse indigenous tribes, which are famous for festivals and markets celebrating the different tribes’ culture. Its capital city is Kohima.

Manipur is a northeastern state famous for its dance, culture and natural beauty. Manipur is the birthplace of Raas Lila- a renowned form of classical dance. Imphal is the capital of the Manipur state.

Meghalaya- The abode of Clouds! Meghalaya is well known for its dazzling greenery and prolonged monsoon rains.

Meghalaya was carved out of Assam through a state reorganization act and it got full statehood in the year 1972.

Its capital is located at Shillong.

Tripura is a hilly state bordering Bangladesh. It is a diverse mix of Tribal cultures. The capital of Tripura is located at Agartala. It’s famous for breath taking views of cultivations, tea plantations, beautiful gardens, toy trains.

Mizoram means “land of the Mizos”. Mizoram is a home to many indigenous tribes.

Mizoram is known as the Land of Blue Mountains, because the hills are crisscrossed by gushing rivers and high sparkling waterfalls. The capital of Mizoram is located at Aizwal.

What are the union territories of India?

Union territories were introduced in India through the States Reorganisation Act, 1956. Union Territories are administered by the Union Government of India. They are also known as centrally administered territories.

The Lieutenant Governor serve as the administrator of Union Territories and is appointed by the President of India. There are currently 8 (eight) Union territories in India.

Ladakh is truly a heaven on Earth. It’s a recent addition to the list of union territories in India . Ladakh was made a separate union territory by bifurcation of Jammu and Kashmir on 31 October 2019. The UT of Ladakh does not have a Legislature. There are two districts in Ladakh – Leh and Kargil.

2. Union territory of Jammu and Kashmir

Jammu and Kashmir became an Union territory after the dissolution of Article 370 through an amendmentto the Indian Constitution.

Jammu and Kashmir has its own legislature, similar to Puducherry and Delhi. It can elect its own chief minister.

Geographically, the state of Punjab lies to Chandigarh’s north, south and west while the state of Haryana lies to the east. Chandigarh is a very well planned city with beautiful gardens like the rock garden.

Delhi is an Union territory and the capital of India.

The heartbeat of India, New Delhi, is a mesmerizing mix of diverse cultures. Experience the mouth-watering delicacies in the lanes of old Delhi and tour historical monuments laden with a rich history for a soul-enriching trip. Delhi is an Union territory with its own legislature and chief minister.

New Delhi houses the constitutional head of India and the Indian parliament is also located in here. The national capital territory region of Delhi extends to the bordering Haryana and Uttar Pradesh.

5. Union territory of Dadra and Nagar Haveli and Daman and Diu

This small  Union territory borders the state boundaries of Maharashtra and Gujarat. It is surrounded by the hills of the Western Ghats and the Arabian sea. The Portuguese heritage of this UT makes it famous amongst history enthusiasts.

Lakshadweep literally means a ‘hundred thousand islands’. It has some of the most beautiful and exotic islands and beaches of India. It’s put under the direct control of the central government.

Lakshadweep is among Union terriotories witout a legislature. Lakshadweep is the smallest among all the union territories of India in terms of area and lies in the Laccadive sea south-west from the Indian peninsula mainland.

With a superabundance of attractions to visit and fabulous landscapes, amazing people and culture, Pondicherry is a land like no other. This former French Colony is located in the Indian state of Tamil Nadu. Mahe, Pondicherry, Karaikal and Yanam are the main districts in the union territory of Pondicherry.

It’s surrounded by the Bay of Bengal and the Andaman Sea. The Union Territory of Andaman and Nicobar does not have a legislature. Indian government directly controls such Union territories from the Centre.

Andaman and Nicobar Islands are rich in lagoons of crystal clear water and scenic beaches.