By now, everyone knows that men are from Mars and women are from Venus. The two genders are as distinctly different from each other as a potato from an onion. And yet, time and again they run into each other for the need of companionship, to look for a friend, maybe to get the much needed emotional support – whatever the reason, no matter how manly as man is or how righteously he proclaims that he doesn’t need a woman, let me tell you that he’s wrong! Men do need women and here’s why:

Yes, it must be great to spend time with your guy friends, the ‘bro’s, talk about work, share a drink or two, slap each others’ backs and drive without constant bickering from behind. But sometimes, you need someone to listen patiently instead of offering wise cracks. Sometimes, you want more advise than the manly “Let it be.” Sometimes, you just need a girl to give you one of her long lectures on life and philosophy!

We know that when a woman says she won’t tell anyone, her best friend isn’t included in the fray. This is the oft-stated reason men use to say that women cannot be trusted with secrets. Now and then, men – who tend to have this protective hard shell of an exterior – break down and reveal their thought, and to a woman no less! Why?

Because after all, she might blab to her friend about who bought an expensive tux but you know she won’t laugh or make fun of your insecurities, you know she won’t tell anyone you cried at the ending of Marley and Me. She’ll just hold you close and set things right. Something your guy friends may not be so good at.

Your male buddy might be even shyer that you to introduce you to the new girl on the block. But a girl won’t refuse and get it done up-flat! Not only that, but she’ll provide you with a detailed chart of your new crush’s daily habits, routine, weight, address and give you regular updates on her social life. Yes, women make the best wingmen for men because they know their gender so much better than your make pals.

Your male friends won’t mind crashing into your home unannounced and finding it utterly trashed because you haven’t cleaned since last Christmas. They’ll rather enjoy the unsightly mess and leave it even worse than before in some weird territory marking ritual. But not women! Their self-proclaimed OCD will remind you of your mom when she flew into a rage as they will proceed to make sure you clean every nook and cranny, wash and iron all your clothes, do the dishes and even vacuum the curtains.

Married men may often grumble about how their wife dictates them to not displace things, but let’s agree – it does make things tidier and easier to find in the long run. While this point is not true for all men, because we get it that some of you ARE organized and clean, but let’s see how long that lasts when you’re a bachelor living in an apartment without your mom to help you find your socks.

Walking down the streets on a festive night feels that much better when you’ve got a girl by your side. No, we don’t mean this in a misogynistic way. We mean it in the utterly simplistic way in which her constant bickering, pointing out random things and narrating of lame jokes can make the stars look that much brighter.

Agree or disagree; women make life harder and simpler at the same time. And no matter how bad the breakup is, and how ardently you proclaim you’ll never go near a girl ever again, the inevitable always happens!

How Soon Is Too Soon to Propose? 16 Interesting Tips

How to Fix a Broken Relationship: Complete Guide with 8 Steps

18 Best Probiotic for Women You Should Know

How To Leave a Toxic Relationship: 10 Obliging Ways 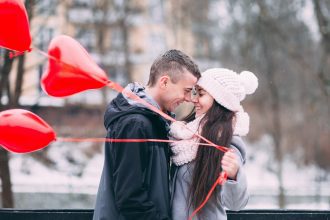 How Soon Is Too Soon to Propose? 16 Interesting Tips 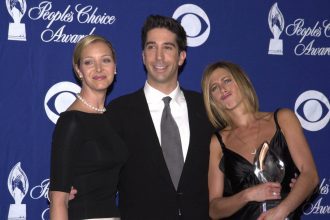 How to Fix a Broken Relationship: Complete Guide with 8 Steps 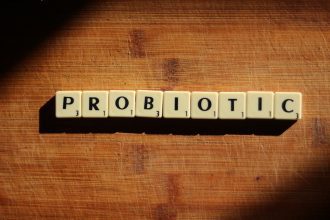 18 Best Probiotic for Women You Should Know