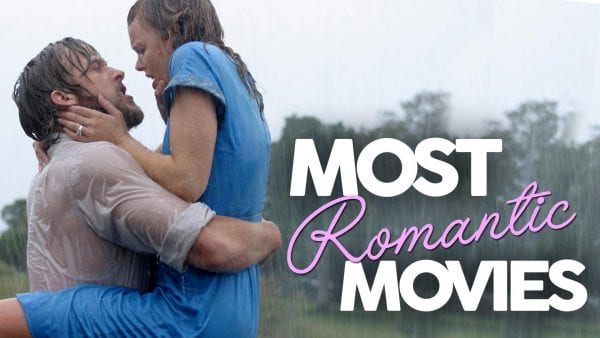 Are you planning to binge watch some of the best romantic movies? While stuck in this lockdown period, no one knows when one dies. For passionate movie lovers, this page is perfect.

Romance is always an exciting genre in the cinematic world. Almost everyone loves to watch a few glimpses of excitement, even in a thriller film. While the weather is perfect, and you want to binge-watch some movies feeling cozy. Then romance movies are the best option.

Since there are over thousands of romance movies available for viewers, you may get confused as to watch which one. Here are mentioned the top 20 list of best romantic movies. Check the list and choose your film accordingly to watch before you die.

20 Best Romantic Movies To Watch Before You Die 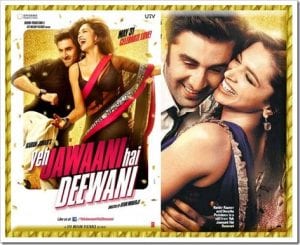 A blockbuster romance movie with few pinches of comedy. You’ll see your favorite star, Ranbir Kapoor and Deepika Padukone play as Bunny and Naina. The two protagonists of the movie. We also see Aditya Roy Kapoor and Kalki Koechlin play the role of best friends.

Yeh Jawani Hai Deewani earned a superhit amount worldwide. It’s a refreshing movie based on lover, friendship, romance, and comedy—a story showing how one sacrifices passion for the sake of love. A must watch, falling under the best romantic movies to watch before you die. 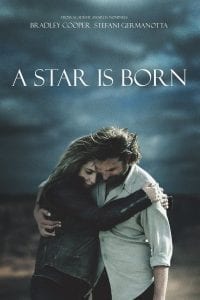 A recently released movie full of romance, talent, and pain. It’s a movie on how two people get attracted to each other through ability and then get separated by fame. You can watch this movie many several times, but still, you’ll not be satisfied.

A Star is Born already had three new remakes, one with Janet Gaynor and Fredric March back in 1937, in 1954 with Judy Garland and James Mason. And a 1976 remake with Kris Kristofferson and Barbra Streisand.

Do not miss out on this 2018 heart touching movie. Also, check out on the movie’s song shallow, sung by Bradley Cooper and Lady Gaga. 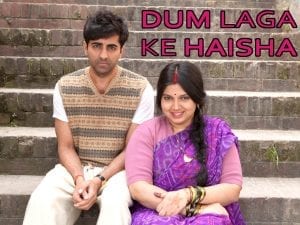 The name might be absurd and weird but worth watching. We all know how Ayushman Khurrana acts brilliantly. In this movie, Prem Prakash Tiwari (Ayushman Khurrana) and an overweight girl Sandhya (Bhumi Padnekar), are stuck with each other after an arranged marriage.

He never wishes to accept her as a wife but married due to family pressure. But after a divorce case, Court orders them to stay together for six months. During this time gap, love starts to develop between them. There are sweet romance and comedy in every scene. 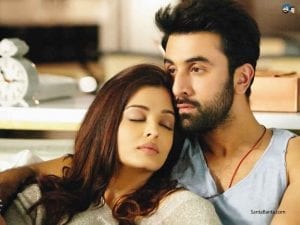 Another super hit movie by three Bollywood stars; Ranbir Kapoor, Anushka Sharma, and Aishwarya Rai. Almost half the romance movies are on love from both sides.

But this movie tells the story of unrequited and one-sided love. Along with just romance, you’ll get a virtual tour of London, its pubs, and silent discos.

A love story that doesn’t follow straight love but something opposite to that. Songs are emotional and heart touchy. Even though the story is quite confusing, watch it to feel and pain. 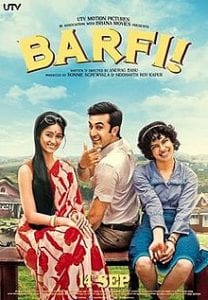 This movie has earned a good number of audiences and fame worldwide. There are brilliant acting and performances by Ranbir Kapoor, Priyanka Chopra, and Illeana D’cruze. It’s a beautiful love story between a deaf, mute boy, and a girl who has autism.

Though the story is a love triangle, the beauties of love beyond speaking and hearing are seen. The script isn’t the same as a rich boy meeting a poor girl but unique one delivering the honest portrayal of love. 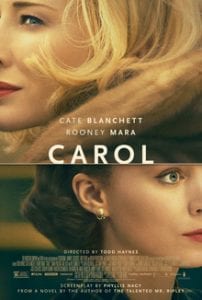 If you support LGBT and a fan of its community movies, then Carol is right for you. A 2015 Hollywood romance movie between two women. The story dates back to the affair during the 1950s.

Due to which you’ll get a view of the 50s fashion style, background set up, and interior decorations. The romance between the two women is straightforward and pure. Adhering to society norms, their love is kept secret. And it flourishes from time to time.

Film’s story revolves around Therese Belivet working in Manhattan cafe and starts to develop feelings for Carol at one spot. Just like love at first sight. A great film to watch among the best romance movies. 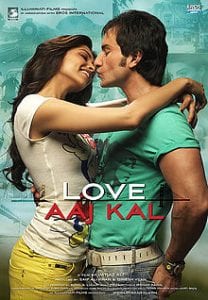 Love Aaj Kal shows the perspectives of understanding your partner over different generations, but love is constant. We see Saif Ali Khan and Deepika Padukone as the main characters. And they are working on their love life and relationship.

This hit movie is worth watching if your facing relationship issues. The old generation love story and today’s generation romance are compared. Over time love has changed. In this movie, one sees how, through commitments and hard times, relationships still last. 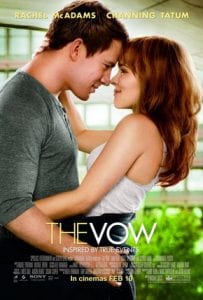 A 2012 Hollywood romance movie. Rachael McAdams and Channing Tatum play as reel life couples. Love is painful when the one you love forgets you.

A painful romantic story where the girl loses her memory soon after a fatal accident. He needs to find a way to bring back her memories anyhow.

The story is adapted from a real-life incident. We will see how he tries to make both ends meet to make her fall for him all over again. Give it a watch to feel the efforts of him. 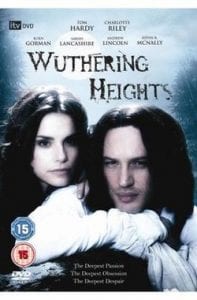 You may have come across the book named Wuthering Heights in your school’s libraries. And in the hands of every teen out there. A classic turned to a film. Till present, the 1992 version is the best of all. 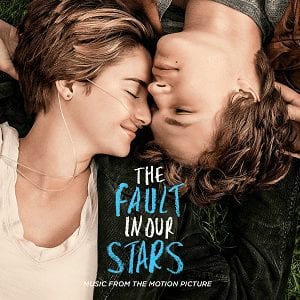 This film is sure to make you end up in tears. One of the best romantic movies of all time. An innocent love story between two teenagers affected by cancer. Their sweet affection and strong love gathered a vast audience.

Hazel has lung cancer and distances herself away from everyone. Until her parents send her to a support group, and she meets Gus, a guy who lost his leg due to the disease.

Watch how their strong bonding turns into love. This movie was originally a book written by Johnny Green.

This movie follows the first part of Love Aaj Kal. They are showing love stories from two different generations, the 1990s, and the 2020s.

Both love stories face different obstacles during their relationship. A film that portrays the difficulties and insecurities of a relationship very well.

One story faces social problems and the other, confused between commitment and work. The film stars Sarah Ali Khan and Kartik Aryan.

It was coming in the 12th position under the best romantic movies to watch before you die. It is a masterpiece of director Vindu Vinod Chopra.

This film portrays love beyond all boundaries. A 2020 film is showing the love story between a Kashmiri couple, living amidst terrorism back in the 1990s. It led to a massive exodus of Kashmiri Hindus.

We see young actors like Adil Khan and Zain Khan Durrani together with Priyanshu Chatterjee, Mushtaq Kak, and Sharman Joshi. 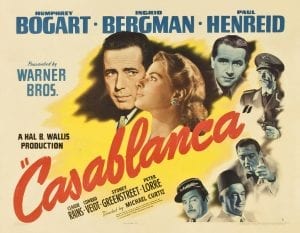 A romantic and heart touching movie falling under the best romantic movies. The story is set up during World War 2 when Rick, an ex freedom fighter, opens a cafe. This cafe serves a place for the refugees wishing to go back to the USA.

The refugees purchase illicit letters from here. Later on, when he falls in love with a famed man’s wife, the whole story takes an exciting turn. Victor Laszlo plays the role of Paul Hen Reid, the famed man, and Ingrid Bergman plays his wife’s character, Ilsa.

The film is all about love, war, and trust. Do watch this film if you want to feel the romance during the war.

The all-time favorite movie of teenagers and adults. This film was initially adopted from a book by Nicholas Sparks. Keep a box of tissues ready as your sure to cry while watching this film.

Allie ( Rachael McAdams) and Noah (Ryan Gosling) come across each other in a carnival. On that day itself, they fall head over heels in love. The sad turn is when Allie’s parents disapprove of Noah since he’s miserable.

And plans a trap to set them apart. A love story mixed with emotions, letters, and true love. This movie is still considered to be a worldwide romantic hit. 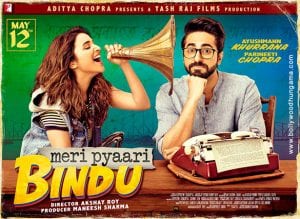 The perfect movie among the best romantic movies. Meri Pyaari Bindu is an innocent one-sided love story taking place in the city of Kolkata. Although initially in Kolkata but the script lets you travel in other major cities too.

We see Abhimanyu being in love with Bindu since childhood. But she is happy to be her friend. Their similar connection is music and mischief. A journey that brings them closer and also sets them apart. Save your tears for the last painful scene. 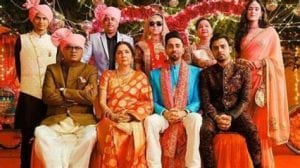 A romance comedy love story between two men. Ayushman Khuranna and Jitendra Kumar act as reel life lovers. There is laughter, intense trust, and romance in the movie.

Though, it’s against the choices of many audiences, being a gay centered film. But it delivers a perfect message against homosexuality. Each scene is seen shown beautifully with fits of laughter. 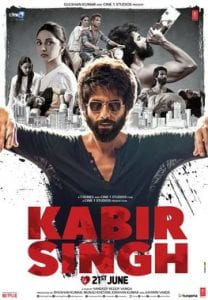 Sandeep Reddy Vanga’s 2019 film Kabir Singh stars Shahid Kapoor and Kiara Advani. It’s a remake of Arjun Reddy, a Telegu film. The love story is intense and romantic between a man with anger issues and a calm, sweet girl, Preeti, when their lives are torn apart due to parental pressure and passion.

Kabir indulges himself in drugs and alcohol. He was ruining his health, waiting for Preeti. The story is quite long and shows the daily struggles of being separated in love. In each scene, you’ll go wondering, will they ever be together?

A classic movie with a unique love story. Produced by Salman Khan and directed by Nitin Kakkar. This movie managed to instill love in the hearts of viewers. It stars Zaheer Iqbaal and Pranutan Bahl.

An unspoken love story between two teachers, their only communication is the notebook. Rahul, an ex-army officer, goes to a distant school to teach. There he finds a notebook written by the ex-teacher Firdaus.

While reading the notebook, he feels her lifestyle and falls in love with her. Whom he hasn’t even seen. The story takes a turn when Firdaus returns to school and reciprocates her feelings for him.

19. Eternal Sunshine of the Spotless Mind 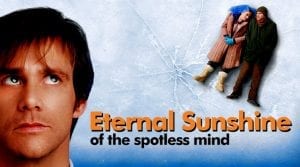 The movie title is adapted from Alexander Pope’s love poem. The film revolves around love, romance, erasing, and back to love again. Jim Carrey plays as Joel Bearish, who meets Kate Winslet as Clementine Kruczynski on the train.

They are traveling amidst a long wintery island. Both seem to know and do not know each other at the same time.

In reality, they were lovers and had a breakup. But erase their memories of each other—a romantic movie where even an erased memory couldn’t separate them. 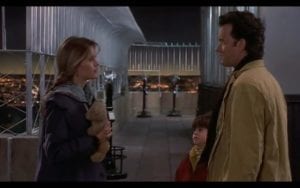 Last but always not the least comes the 1957 movie, Sleepless in Seattle. It’s a love affair to remember with a light-hearted comedy movie. Tom Hanks plays the role of a widower and single father, Sam.

A great movie to watch among the top best romantic movies. When his son Jonah expresses his wish of having a mother, Sam narrates his painful love story on the phone. Far away, on the other hand, Annie (Meg Ryan) listens to his story and falls in love with him.

The astonishing fact is Annie never met him and is already engaged to a man named Walter.