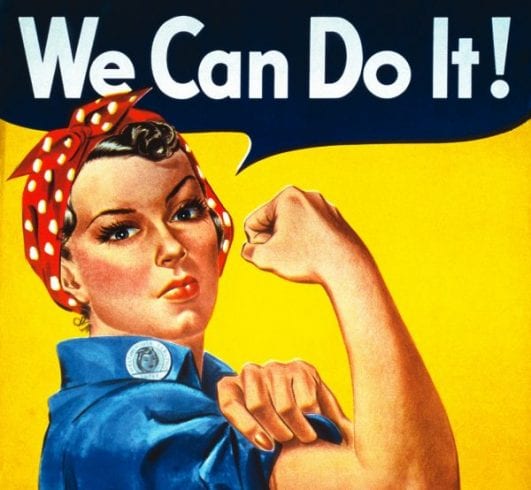 This is for all those women who are incredible, and they are well aware of it. What opinions other people or the society forms about them doesn’t matter to them, and they live the life they know that they deserve, fearlessly. A badass woman is someone who can change their lives for good and inspires many to do so.

Throughout history, the world has seen many badass women who have been sending to this Earth, so that they can save us. Life often throws many many challenging situations at us, but a badass woman is someone who battles it and wins with a smile on her face.

She is filled with positivity; her aura enriches all those around here. Women from different fields have come out to the world as badass, and time and time again proved that she could strive in whatever she chooses to do.

Cleopatra, who is deemed as one of the greatest rulers of all time and who ruled over three decades accumulating even more power than the man beside her, was a ray of sunshine that gave women the ability to know that she can rule and she can protect.

Mary Queen of Scots and Queen Elizabeth, I of England in the early 1500s, has proved to be one of the strongest eras of women ruling, as the world got to see two of the most powerful and badass woman ever who stopped at nothing to give their nation the best that they could, sacrificing their own families and even their lives in the way.

Famous scientists like Marie Curie, the discoverer of radioactivity, and many others like Mileva Maric, Sara Seager, Vera Rubin, Cecelia Payne-Gaposchkin, Rosalind Franklin, and many many others have enriched the field of science and standing today where we are; we owe a lot to these badass women.

In the field of literature, we have our very own massive collection of gems who shows us what it is to be a badass woman. Virginia Woolf, Jane Austen, Shirley Jackson, Agatha Christie The Brontë Sisters, Mary Shelley, Harper Lee, Maya Angelou, Toni Morrison, Edith Wharton, Dorris Lessing, Joan Didion, Lucy Maud Montgomery, Sylvia Plath, Arundhati Roy, Isabel Allende, Jhumpa Lahiri, Margaret Atwood, J K Rowling.. oh! The list is endless. Women’s contributions to literature are so vast that we have created a separate genre for it!

Mostly, society loves to deem women as the weaker sex. Women, as glorious as they are has proved them wrong as always as exceptional sports personalities like Billie Jean King, Althea Gibson, Serena Williams, Maria Sharapova in the field of tennis to Mia Hamm and Alex Morgan is soccer, there are no fields where women haven’t shined. It does take to be a badass woman to show remarkable performances, and some famous names in this list are Jackie Joyner-Kersee, Babe Didrikson Zaharias, Gertrude Ederle, Wilma Rudolph, Kristie Enis, Simon Biles, Tara Cunningham and so many many more that we can’t help but marvel over their talent.

Throughout time, the system has tried to control women and contain their immense power in a box. But despite the shackles that society has put on her, women fought alongside men in world wars, civil war, won Nobel prizes, and so much more. They worked as both doctors and nurses, flew fighter planes, and climbed mountains,  and hence proved that nothing could hinder their badass attitude!

In maintaining peace in the world, women’s contributions are unparalleled. Mother Teresa and Malala Yousafzai are the most prominent examples of women’s devotion for the greater good. Women have not just fought for their rights, but time and time again, it has been seen that these badass women have fought for her own as well as anyone who needs it.

Some Signs of a Badass Woman :

7. A Badass Woman Always has Boundaries.

There’s a limit to what she will endure in life. She will try her best to help you with what you need and when you are facing any difficulties in life, but she will make sure that she is not harmed in any way. Putting yourself first in all occasions may seem a bit selfish to some. But to go overboard for others is not a very wise choice either.

Her senses are always super alert, and if she finds out that you have been dishonest or taken her for granted, she keeps the courage to walk out of the situation with caring about you.

6. A Badass Woman Always Takes Care Of Herself.

She knows to function. She needs her mind and body fit. She exercises maintains a healthy diet even after indulging in a little treat now and then. She practices and makes herself go through a regular self-care routine.

She thinks about positive things and surrounds herself with positive energy. She lets herself take a day off when she feels that she needs rest. But, most of all, she is comfortable in her skin, and that’s what keeps her going even through the toughest situations.

No matter what happens, a woman is truly a badass who will still support and help other women become just as strong as she is. Even when she meets someone better than her, instead of being clouded with the jealousy, she tries to learn from her.

In her world, there’s no concept of looking down on each other but always fixing each other’s mistakes and making magic together.

4. A Badass Woman Always Enjoys Herself.

Maybe during work or spending time with friends or family or a bit of harmless self-indulgence, a strong woman always makes sure that she is having fun in her life. It means quitting a job when it’s not working out or letting go of a friend who seems to bring you down.

She doesn’t get lost in the humdrum everyday life but always takes a break from time to time so that she can have some fun. Moreover, she always gets involved in things that she knows will be good for her in the long run and will make her happy.

3. A Badass Woman Desires a Partner, Not a Master.

A woman who has the credence that she is enough for herself does not want a partner who will control her but someone who will support her and walk by her side hand in hand.

She is enough and will always demand the attention that she knows that she deserves. She wants an equal in her relationship, which will still show up for her because that’s what she always does.

A badass woman does not need anyone to save her because she is her saviour. A relationship is not everything in her life as she is well aware of the incredible things that she knows she can do all by herself.

2. A Badass Woman is Her Soulmate.

A woman who has the most faith in herself makes a priority to make themselves their personal best friend. She inevitably follows her own instincts because she relies on her intelligent life choices.

She does not let herself be discredited by anyone else as her life choices are optimistic and strong people just like her. She is not at all afraid of letting go of someone who is bringing her down because she is not starving for validation from others.

Most of all, she knows that she is the greatest that life has to offer her, and she prefers her own company over anyone.

1. A Badass Woman is Always Confident.

A badass woman is radiating confidence as it is her confidence that gets her through successfully in this harsh world we live in. She doesn’t need any acceptance from anyone, any group, or even by five hundred likes on social media to feel good about herself.

She knows her own value and won’t compromise it on any instance. She knows that she has to earn and provide for herself and everyone she is responsible for. She knows everything that she deserves and won’t settle for less and is confident to grab it for herself.

It’s her sense of independence and the wild aura that lifts up the spirit in a room, and she is worshipped because it’s her small stride that can stir everything!

A badass woman learns from the mistakes of her pasts and implies what she learned from it in her future. She values advice but always assesses the source and quality of guidance. She knows her self worth and also knows how never to lower it for anyone.

Women have come a long, long way fighting her battles, and every day she is standing a bit taller, a bit stronger and much wiser! Women have come out of her shell and go much beyond than having a family, cooking or pleasing their husbands and raising kids. More and more women have the strength to make a life for themselves that’s of a higher purpose every day.

She can solve their own problems, and it is the nature of women to take care of and have a solution always. As time passes, it is very evident that path of women to even more glory is becoming easier. And she is spreading her wings like the most magnificent creature that she is.

Together all these badass women can change the world and make it a better place.

25 Best Haircut for Round Face

What Is Makeup? 11 Incredible Beauty Must-Haves for Your Bag 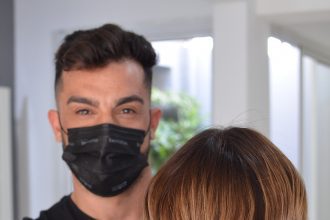 25 Best Haircut for Round Face 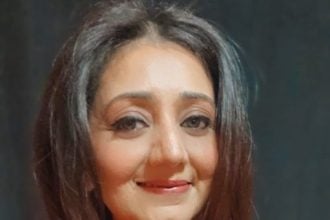 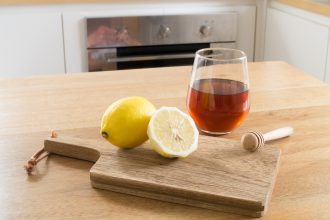