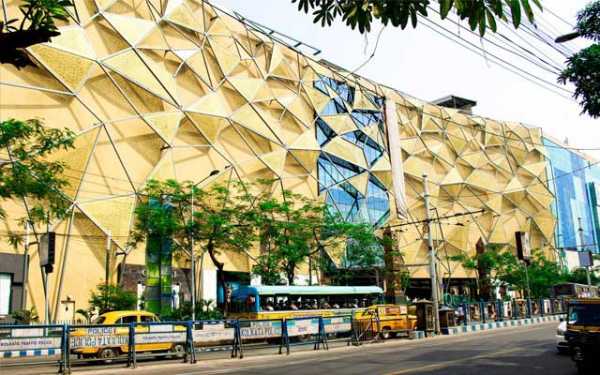 Thought Indians were denied entry into eateries and other public spheres only under the British rule? Well, not really. This story will reveal the ugly truth of “racial profiling” existing even today, leaving us wondering whether we have actually progressed much since those times. If reports are to be believed, a man was denied entry into a popular mall in Kolkata, just because he was wearing a dhoti. However, ironically, he was allowed once he started speaking in English! Colonial hangover still looming over us, eh?

A resident of Kolkata, Debleena Sen, claimed in a Facebook post that a man was not allowed to get inside Quest Mall in Park Circus because he was wearing a dhoti-kurta till he started arguing with the guards in English. She stated in her post, “Apparently wearing dhoti or lungi isn’t allowed in this particular mall anymore. This form of racial profiling has induced in our society so much that it’s disgusting.” Sen posted two videos along with a photo describing exactly what happened and it has grabbed the attention in social media and has gone viral. In about six hours, it has been shared 1500 times with the video receiving more than 1 lakh views. Along with this, the mall authorities have been slammed by the people demanding answers of how were Indian attires unacceptable in India itself. An online campaign to boycott the mall has also been started by the people profusely angered by the discriminatory behaviour.

The incident occurred on Saturday when the man was stopped outside the mall by their security guards. Debleena Sen was accompanying the man when the incident occurred. In the post, she stated how the guards refused to let him in. However later when he spoke English, he was allowed entry. Later when they discussed the matter with the management team of Quest Mall, they were told that for “security reasons” they do not allow people wearing dhoti, lungi and such outfits. She stated “We are perfectly okay with the guests being physically frisked and bags being checked for security reasons. But this is completely ridiculous.” They were taken into the senior management official’s office and when Debleena started recording the happenings on her phone, she was allegedly refrained from doing so. She says, “ this is when we decided to leave the place.” Debleena, shocked and angered by the incident stated, “ We don’t want any sort of apology. We want them to change this system where people aren’t allowed to enter for wearing traditional clothes.”

However such kind of discrimination is not new in Kolkata. In 2016, a woman named Dilashi Hemnani was not allowed admission in Mocambo, one of the premier restaurants in Park Street because she had come to dine with her driver whose attire was apparently “not proper”. The staff had justified their actions by stating that it was a sophisticated restaurant and they couldn’t allow just anyone to enter. According to them, “ the driver was very indecently dressed.. just wearing one pant and shirt, but he was not in a proper state. He was not acceptable in our fine dining restaurant.” Not only were they refused a table, but they also had to retreat from the place insulted.