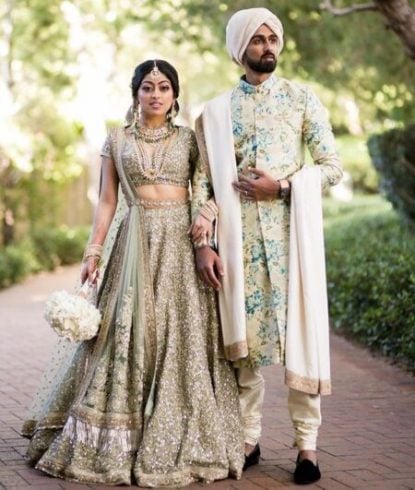 These types of dresses are in great demand, and an entire industry is dedicated to them. Though the traditional Indian Clothing has acquired a modern touch, they have still not lost their aura in any respect.

Some of the best all-time traditional Indian clothing are listed below. These are quite popular in the entire subcontinent and are common to most of the places in the country.

Also written as a sari, this traditional Indian Clothing item has captured a vast industry having a huge turnover. This industry is flourishing every since and would continue to do so until Indian culture and traditions are alive.

Saree, a 6-meter long cloth, is an Indian women’s attire that is draped in a certain way. There are various techniques and styles of draping an Indian saree. The most common one includes making pleats with a hanging edge known as “palla” in Hindi.

Different states or regions have different varieties of sarees. They also have their specific method of wearing them.

In the eastern state of Bengal, White sarees with a red border. These are widely prevalent on auspicious occasions like Durga pooja.

Gujrati generally wears colorful sarees, and the same goes with Rajasthani Sarees as well. Bhandhani sarees are more common in these regions, which are multi-colored ones.

In the southern states of India, silk sarees carry forward this legacy. These sarees are called Kanchipuram sarees and are also worn by the brides on their wedding day.

Cotton Sarees with light chickankari work are loved in the northern Indian state like Lucknow. 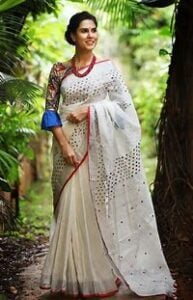 Anarkali is a form of dress that looks somewhat similar to a gown but is flowier in a way. These are floor-length dresses that are paired with leggings, churidars, or jeans in modern times.

Anarkali kurtas have gained popularity among young girls and women in recent times. Now, these kurtas are also made with some modern touches to cater to the need of the current generations. Anarkali kurtas have got their name from a very famous movie character Anarkali.

An Indian Movie dating back depicted the range of the Mughal emperor Akbar. A courtesan by the name of Anarkali used to wear such long dresses. She used to dance in the court in front of the emperor.

People were deeply moved by the beauty of the character and her dresses. That depicted much style and grace. Since then, Anarkali Kurtas were made available in the market for everyone to wear.

Originally this one of the traditional Indian clothing was very expensive as it required much of cloth to be stitched. With time Indian fashion designers came up with lighter material to support these Indian dresses. They made it less costly.

Lehenga Choli is the main attire found in all Indian weddings. Indian wedding is almost incomplete without this one of the traditional Indian Clothing. Lehenga choli is a two-piece attire with a blouse called a choli, which is worn up with a heavy long skirt with flair. To complete the look, we have chunni, which can be carried sideways and is a long piece of cloth matching the attire.

Brides generally wear red-colored lehenga choli on their wedding day across India. Though there is no boundary on the color, red is the most preferred of them all and also goes in sync with the traditional color.

Many people other than the bride also wear lehenga choli in wedding ceremonies or on some festive occasion. Those lehnga cholis are of a different variety.

Many fashion shows and reputed fashion weeks display their vibrant lehenga collections. Celebrities wear them with full grace and elegance.

Salwar kameez is also a two-piece attire that includes a lowers salwar and an upper top called kameez.

The salwar is tightly fitted jeans like clothing, but are made of normal fabric rather than the denim one. Kameez is a long top that accompanies the salwaar.

Salwaar Kameez is the staple outfit for girls and women in most Indian households. It is made up of light and breathable fabric if you are wearing it on a daily basis. Partywear salwaar kameez has many other details and is designed in the same way.

Kurta Pajama is traditional Indian clothing for men and kids. Kurta pajama is much like salwaar kameez for women. Men wear kurta pajama on religious occasions or at wedding functions. Kurta is generally quarter-sleeved with collars and some upper buttons.

Pajama is made up of lighter fabric that is worn as a lower. There are different styles that are seen in the varieties of pajamas available in the market. These varieties include afghani pajama, balloon pajama, and many others.

Sherwani is again a men apparel that is mostly worn on the day of the wedding by the groom. Sherwani is similar to the kurta. As we mentioned above but is made up of a heavier material. Sherwani is made for the purpose of weddings hence is designed accordingly to match the occasion.

One most important feature that makes Sherwani different from the kurta is its padded shoulders, which give it a bulge there. Sherwani can be clubbed with pajama, which is also provided with it.

Lungi is a very light and breathable fabric worn by men, mostly in India’s southern parts. Lungi is wrapped around over the undergarments there.

Though lungi is native to south India, but seeing its usage and comfort involved, men in north India also use it as it is quite hot in this part of the subcontinent.

Lungi is also known as panche in its native tongue. The cloth that is used in Lungi also varies with the state, climate and, region.

Another traditional Indian clothing that men use is Dhoti. Same as Lungi, dhoti is also a long piece of cloth that is wrapped around the waist. Unlike the origin of lungi, dhoti has its origin in the western part of India. Dhoti forms an essential component of men’s wear in the state of Rajasthan.

The kings and their patrons used to wear dhoti along with some upper kurta. Though there is no formal method of tiring a lungi, dhoti is tired in a particular way.

Modern men also wear dhoti with kurtas and sherwanis at weddings. Anyone can learn the method of tying a dhoti online. To make things more easy ready-made dhoti’s are also available in the market. That does not need any tying up. 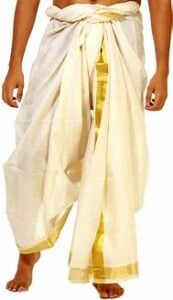 Following the lines lehenga, ghagra is almost the same, but the only difference is its flair. Ghagra is more of a layer as more cloth has gone into making it.

Ghagra is also combined with choli and a dupatta, which is again a piece of cloth that is wrapped around or carried sideways. Ghagra is more common in the western parts of the country and states like Rajasthan and Gujarat.

Mostly Gharga is worn on traditional festivals like during Navratri. It is a festival when people gather and indulge in dancing and singing. Girls and women on this auspicious occasion dress up in Ghagra choli. They dance around in this one of the traditional Indian Clothing. 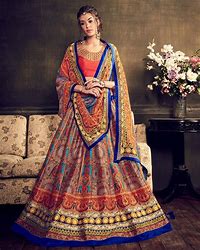 Pagadi is like headgear for men. Pagadi is also common in many other Indian states but is called out by other names. Pagadi has its origin in the state of Rajasthan, where men today also wear it as a part of their daily attire. Pagadi is made up of a long piece of cloth that is tired around following certain steps.

Bridegrooms also have it as a part of their wedding day attire. Men who are attending a Hindu wedding ceremony also wear a pagadi.

Pagadi was very important in the Rajasthani tradition, especially for the Rajputs who lived there.

Turban, which is also a variety of pagadi, is worn in the north India state of Punjab. By the people belonging to the Sikh community.

These were the top 10 traditional Indian Clothing. They are found in almost all the houses in the entire Indian continent. Not only do these traditional Indian attires have a special place in the heart of the people of India, but they have also made their global presence.

In this way, traditional Indian clothing has made a place in the world market as well.