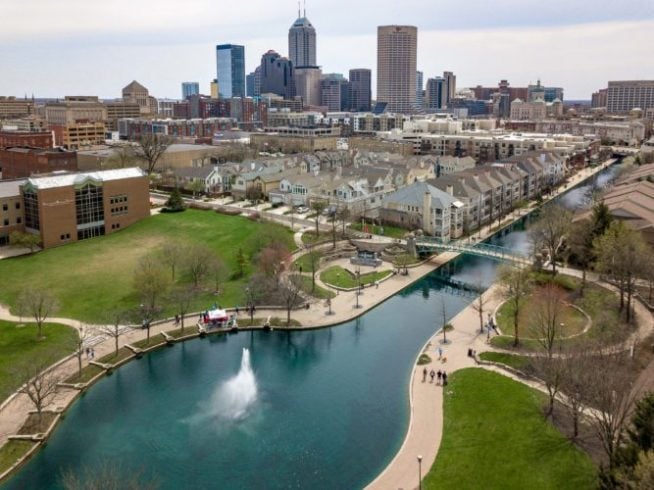 Imagine an early morning sun is yet to rise on the horizon, and you have an amazing Indianapolis Canal Walk. Sounds great? Or even the sunsets along the canal, spending leisure time in summer is all nice.

This Indianapolis Canal Walk is nothing but a trail alongside the renovated canal in Downtown Indianapolis.

The trail or, say, the canal starts from the White River State Park and ends at the North after curving down to the East at 11th Street. This canal is 3 miles long.

The canal’s making began in 1836, but 2001 was when the Indianapolis Canal Walk trail was completed and refurbished.

The Indianapolis Canal Walk is possessed and organized by the city of Indianapolis. It is also maintained with Downtown Indy’s partnership for promoting the area and booking private events here like weddings and helping it grow economically.

They are also encouraging the specific events running alongside the canal and visualizing new ideas that can attract the masses in the coming times.

The city of Indianapolis and Downtown Indy both look for ways to bring big events to the canal, which won’t hinder its management and ignite creativity and a pleasant experience for communities simultaneously.

They’ve set up and installed lighting on both sides of the canal for the entire length of it.

Here Are Some Interesting Facts About The White River State Park

1.White River State Park is announced as “the only urban cultural state park of America.”

2. It is spread across 250 acres, which is full of public spaces and global level attractions.

i) Indiana State Museum for art, science, and culture

ii) The Eiteljorg Museum for Western as well as Native American Art.

iv) NCAA Hall of Champions for all of the 24 NCAA sports.

viii) Walking and biking trails connect the state park and connect the city with bikes and trails.

Background of The Indianapolis Canal Walk

The canal is older than two centuries! At first, it was acknowledged in 1836 with a fraction of the Indiana Central Canal, a 300 miles long conveyance path that used to be a link between Indiana and the other parts of the world.

Dejectedly, this project ceased to function post three years. Only nine miles of the canal was up and running, and the state was on the rocks.

Although this canal was never built entirely, the ready segment was used for industrial purposes and water.

Several attempts to reinstate the waterway were undergone in the 1980s. And by the year 2001, the Indianapolis canal walk was completed.

This trail is a three-mile loop that starts at the White River State Park, then extends to the East, and finally ends at the 11th Street in the North.

In the last few years, there has been a lot of development and progress.

The area has been metamorphosed with condos, hotels, and apartments fringing both sides.

Many gardens, parks and other green spaces and war monuments have also been put on for the public over the years.

At half of the canal trail, it expands into a small lake. There are some beautiful fountains on the canal’s sides where people relax under big trees’ shades in the finely maintained lawns.

Some Attractions Of Indianapolis Canal Walk

The U.S.S. Indianapolis Memorial is situated in a green space throughout the length of the Indianapolis Canal Walk, downtown. This memorial pays homage to the victims of the submerging of the ship in the second World War.

There are business headquarters alongside the walk. There’s also a garden for the people’s benefit created by the American College of Sports Medicine, an exercise garden; more like a green gym.

Take a look at 10 marketplaces near the Canal Walk here.

If you think there might be 8-10 ways to enter the canal, you are wrong. There are 54 public entrances in actuality, most of them being accessible for every person, even with disabilities. 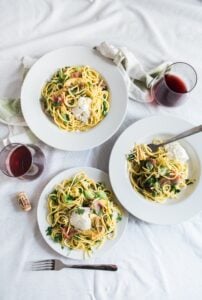 Restaurants like the Italian Cafe Fresco and the Gourmet Burger Eatery Burgerhaus have expanded the tourist attraction to bring the crowd near the canal.

If you dine-in, you can enjoy a cocktail, some light pasta dish, or a burger at the magnificent outdoor patio restaurants.

You can stop for breakfast, lunch, or dinner at the North terminus of the canal at the historical Buggs Temple or Creation Cafe. It is kids friendly and has a huge terrace that gives a fantastic view of the canal, making it a people’s choice to have meals for both the tongue/stomach and the eyes.

There are some popular tourist attractions beforehand, the Indianapolis Canal Walk. Two of them are Indiana State Museum and Eiteljorg Museum.

The Indiana History Center organizes its summer concerts in the Indianapolis Canal Walk on the waterfront plaza in the summer, each Thursday.

The Eiteljorg Museum sits up on the opposite side of the Indianapolis Canal Walk, downtown, which permits travelers to walk around effortlessly between the museum and the Walking Trail.

This Museum organizes its own concert series under the yachts and boats with its freshly renovated terrace space connecting the canal.

This Indianapolis Canal has been put into use for rowing competitions and 5K races of IUPUI.

The boat rentals are accessible on Ohio Street at Wheel Fun Rental. Get astonished as you pass across the neighborhood of Canal, lawns, fountains, gardens, and museums. You could also overlook a couple of ferry boats and singing boatmen or gondoliers.

You can have a good, long walk along the canal or pedal down your bicycle whilst enjoying the view.

You can see the attractive museums, murals, and sculptures fall on the bank of the Indianapolis Canal Walk.

If you want to have some family time, you can get four-seater boats (pedal or Kayak) and have fun in the long canal, rowing and singing.

On the downtown waterfront of Indianapolis, you can see different types of people. Runners, roller skaters, bikers roam around the pedestrians passing their free time alongside the edge of the canal.

Gondoliers sail down the Indianapolis Canal when the paddle boats gently float on the canal’s calm water.

8. Streets Meeting At New York Street & Reaching Out The Canal

Every street has ramps that intersect the canal and join the New York street, a thoroughly brought out plan to ensure that everyone can reach the streets’ Indiana Canal Walk.

Although it’s not merely a lake or even a river that brings people downtown, in fact, it is the Indianapolis Canal Walk in the middle of inland Indianapolis.

Strollers walk on the sides of the Indianapolis Canal Walk of downtown, which is near the Indiana State Museum.

However, the Indianapolis canal has not remained just a trail or walk. Still, it has become popular for its recreational public spaces, with restaurants, arts, museums, and businesses laying on its banks.

But officials think its potential can be extended for greater purposes.

Like San Antonio’s Riverwalk, the famous tourist spot of the city, Indianapolis officials are trying to make the canal an even greater attraction for tourists in downtown Indianapolis.

You can go through this loop of three miles without getting bothered or interrupted by any vehicles, horns, cars, and buildings coming in between. And you can do everything mentioned above alongside the tranquil waterfront.

You can do a lot of activities here; there’s no limit to recreational activities over here; you can walk, you can enjoy rollerblading, you can run, you can bicycle, row your boat, chill under a big shady tree, all this inside an urban space, built in a city.

On some definite nights, you can sit under the clear summer sky while enjoying the live jazz music.

And if you want to find out the hidden treasures of Indianapolis for dining, just outside the city, here’s the one place you must visit and try:

The Red Lion Grog House is an Irish pub situated in the fountain square. The food served here is really very delicious, and the atmosphere is pretty nice as well.

Hardly a block away from the Gorg House, there’s a duckpin bowling just for fun’s sake. It is an enjoyable giving activity as well as challenging.

Indianapolis Canal Walk is very well known for sightseeing, but there’s also an offbeat or, say less famous, Monon trail. There are some exciting art pieces, natural wonders, wonderful and cool art pieces by the trailside.

The Indianapolis Canal Walk not only provides you with an amazing pastime but also a rich experience with the monuments, memorials, and museums giving you information about the history of the city and green spaces, fountains, boats, and other activities that pulls you back and relax that too in an entirely urban area!

Enjoy the canal trail, have some local food, know the history and enjoy the atmosphere as much as you can with the historical Indianapolis Canal Walk.

Read about the 6 best Ice-skating places in Indianapolis here.