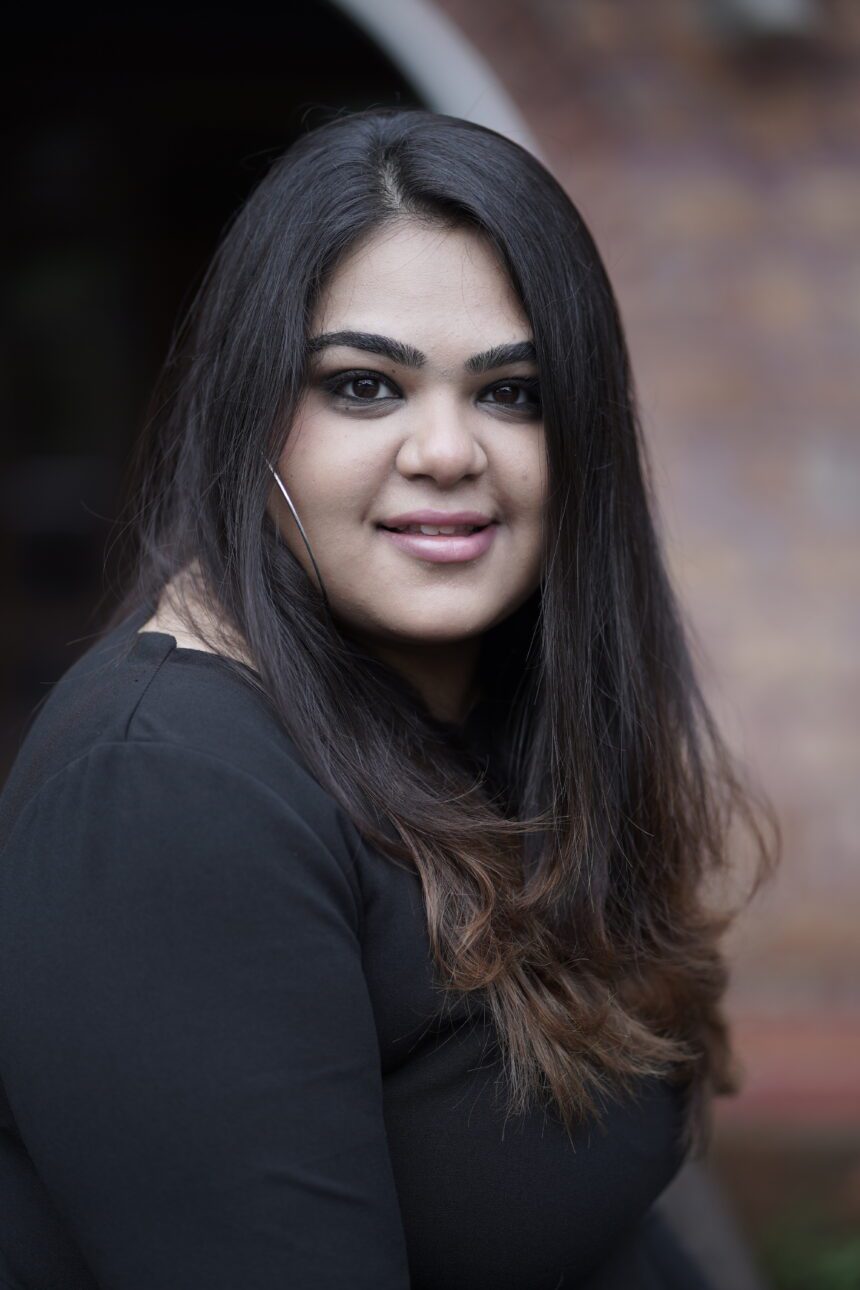 Contents
Q) What made you decide to pursue a career in entertainment?Q) What has been the best performance of your career so far?Q) What’s your process for dealing with performance anxiety?Q) Is there a hidden meaning in any of your music?Q) What’s your motto or good advice you live by?Q) How does that energy make you feel when performing and the crowd is singing along?Q) What musician do you admire most and why?Q) Did your style evolve since the beginning of your career?Q) Your latest single, ‘But tonight I wanna cry,’ is out. Please give us some insides on that.Q) You also got featured on Times Square for ‘But Tonight I Wanna Cry.’ That is huge. Please tell us how you feel about it.Q) What is one message that you would like to give to your fans?

Icy Tales is in conversation with Mallika Mehta on her new song and a lot more.

Q) What made you decide to pursue a career in entertainment?

Mallika Mehta- I have been around music since I was very little. When I was four years old, I started playing the keyboard; gradually, the scope of music widened for me, and I started singing. I wanted to be around music 24/7, and I was sure this meant something to me. Looking back, I have performed my entire life: annual functions, inter-school competitions, birthdays, anniversaries, and of course, eventually, my concerts. I always had that songwriting bug in me; even in my teens, I used to write many poems, random pieces, etc.

My parents have always supported everything I do and have only pushed me to do better. Fast forward to when I was 18, I got my first opportunity to record my first song – ‘War Solo.’ After that, I got an opportunity to open for Mr. Kailash Kher at his very own concert, ‘Kailasa.’

Q) What has been the best performance of your career so far?

Mallika Mehta- Every performance has been super special, but two of them stand out to me. The first was my very first solo concert, ‘Rhythm.’ I was 18 then and sang 53 songs in 2 hours in 4 languages to a full house. Another one of my favorite performances was back in 2019. I was invited to perform at IIM Indore for their annual cultural fest, ATHARV. It’s been one of my best performances because of the energy and enthusiasm in the audience.

I am known for making mashups in different languages and genres, so the students didn’t know which song was coming next, but they listened carefully, caught on to the melody, and sang back. All in all, it was one of the best experiences of my life.

Q) What’s your process for dealing with performance anxiety?

Mallika Mehta-I has been performing on stage since I was very little. I performed for my school’s annual concert almost every year and in front of a large audience. So, the stage is a very comfortable space; it feels like home. I don’t have anxiety on stage; it is my happy place. Maybe, sometimes there is a little nervousness when you get on to the stage, but as soon as I start with my first song and get into the zone of seeing the audience enjoying, it vanishes.

Q) Is there a hidden meaning in any of your music?

Mallika Mehta- I listen to and enjoy music that has meaningful lyrics. I believe in writing music that comes from real emotions for people to connect with, so I always write what I feel. As a songwriter, when you are writing the song, not the entire song is something that you have personally been through. There are some references and storytelling to fill in the blanks and make a song complete. But there is some part the writer has gone through personally, at least in my case. Each one of my songs has a deep meaning, which I have felt at some stage in my life.

Q) What’s your motto or good advice you live by?

Mallika Mehta- One thing I live by is that every day is a new day. Start afresh with each coming day with more passion and dedication. Do whatever you want to, live your life the way you want, and don’t restrict yourself. There is always a time for certain things to happen, so wait and pursue what you want to pursue and go all out for that.

Q) How does that energy make you feel when performing and the crowd is singing along?

Mallika Mehta- Whenever I’m performing on the stage, whatever event or audience it may be, I feel like I’m teleported to a different place. It is a beautiful, unexplainable experience and feeling that I cannot express in words. When I am performing a set, I completely disconnect from the rest of the world, then the only thing that matters is performing those songs with all the zest, love, and passion. It is an unreal and magical feeling. No matter the length of my act, I always feel like I should have done a little more. The entire performance went by in like 5 seconds.

Q) What musician do you admire most and why?

In terms of a performing artist, someone I look up to is Taylor Swift; the songs she writes are so amazing and relatable, each one telling a real story that millions feel inside the core of their hearts. I also look up to Arijit Singh, Shreya Ghoshal, and Sunidhi Chauhan but at the same time love and adore English music too. And, of course, Adele is the one that is my absolute favorite.

Q) Did your style evolve since the beginning of your career?

Mallika Mehta- Coincidentally, my debut EP is called EVOLVE: The Story of Her. I have covered multiple genres, and the mashups I make are, most of the time, multi-lingual. So, I believe that I am a versatile musician. I am saying this because I know I am singing between different genres when singing songs by different artists.

Q) Your latest single, ‘But tonight I wanna cry,’ is out. Please give us some insides on that.

Mallika Mehta- ‘But tonight I wanna cry‘ is a very, very special song to me. I originally wrote it acoustically on my keyboard, where I imagined it to be piano-based and more of a ballad sort of song. Although at the time of production, I knew I wanted to create something different, so we went on to make it a party number. I feel like it is a perfect contrast, the lyrics are so deep, meaningful, and vulnerable at one point, but the music we went with is an absolute banger.

My very talented producer, Aasa Singh, produced it exactly how I wanted it. I believe this song is so much more than any other song because you are feeling the lyrics and, at the same time, dancing to it too. It has everything from heartbreak to moving on, love, empowerment, and much more. I love the way it turned out.

Q) You also got featured on Times Square for ‘But Tonight I Wanna Cry.’ That is huge. Please tell us how you feel about it. 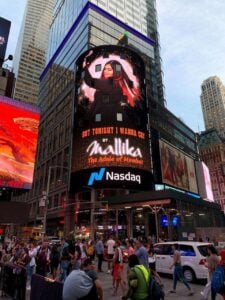 Mallika Mehta- The thought of being featured on Times Square seems like a dream. I don’t think it’s still sunk in, which is a big deal. For an independent artist to get this recognition internationally is so great. It’s a super proud moment, making me feel like I’m doing something right. An Indian being featured in NYC, I love the sound of that.

Q) What is one message that you would like to give to your fans?

Mallika Mehta- I love my fans. I am what I am only because of them. Thank you so much for all the love you guys have given me and my music. The love is unreal, keep showering, and I promise to keep giving out good work.

Mallika Mehta is a passionate singer and social media influencer. She has been inclined towards music since childhood, and performing fuels her soul. The singer loves playing the keyboard and has more than nine original songs she has written and composed. She truly is the Adele of not only Mumbai but also India. 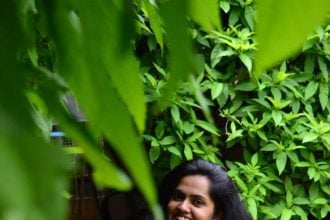 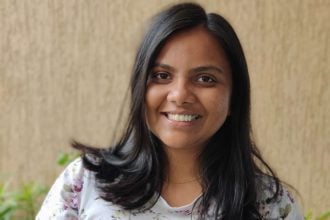