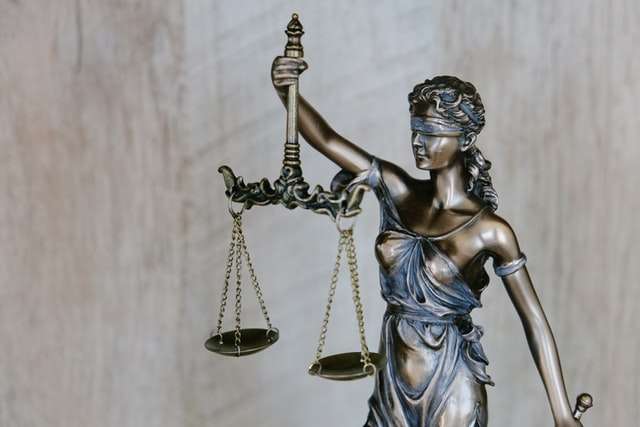 Contents
5 Times Lord Ram Prosecuted the Embodiment of Dharma1. Section 302 of the Indian Penal Code2. Section 30 of the Ancient Monuments and Archaeological Sites and Remains Act 1958 (AMASRA 1958)3. Section 51 of the Wild Life (Protection) Act, 19724. Section 31 of The Protection of Women from Domestic Violence Act, 20055. Section 3(1) and 3(2) of Scheduled Caste and Scheduled Tribe (Prevention of Atrocities) Act, 1989

Guys, let me make it crystal clear, it is just a fictional work, don’t take it to heart. My effort is to prosecute past actions with the present-day laws.

So, coming back to our beloved Lord Ram, people believed him to be the embodiment of Dharma and the incarnation of Vishnu, the Preserver. His rule was blameless, and people today hanker after Rama-Rajya, a government conducted like Lord Ram himself.

His endeavors were only to establish Dharma. However, if Ram had done those deeds in today’s India, he could be booked under many sections according to our Indian Penal Code and other laws. I am not kidding, you guys. Lord Ram can be booked under the subsequent sections for the deeds he has done.

When he was just 16 years old, Lord Ram shot Tataka and Subhahu to death as instructed by Sage Vishwamitra. He was a juvenile then, so the Juvenile Justice (Care and Protection of Children) Act, 2000 would give him succor in escaping comeuppance.

In the later years, his brother Laxmana injured Surpanaka that could have led to her death with Ram’s prompt. Not only this, Rama slew Vali by hiding behind a tree. These murders put him under section 302 of IPC and 307 of IPC that stands for murder and attempt to murder.

2. Section 30 of the Ancient Monuments and Archaeological Sites and Remains Act 1958 (AMASRA 1958)

Lord Ram, in the bridegroom selection ceremony of Sita, destroyed the bygone Bow of Shiva. Nevertheless, this was a fortuitous deed, but conferring to section 30 of the AMSARA 1958, if a person ruins a protected art craft, he shall be punishable with imprisonment, extending to two years, or with a fine which may extend to one lakh rupees or both.

When Sita asked Rama to bring the golden Deer, Ram sprinted with his bow and arrow to hunt it down. But if that had happened today, Ram would have had to think a while. Yes, section 9 of the wildlife act 1972 prohibits hunting wild animals, and section 51 can put him behind bars for three years or with a fine of twenty-five thousand rupees or both.

4. Section 31 of The Protection of Women from Domestic Violence Act, 2005

Ram questioned the purity of Sita in public on the shores of Lanka. He let her agonize over the Agni Pariksha to prove her sanctity. Despite all this, he banished pregnant Sita from Ayodhya to the forest. If it were now, under section 31 in the Protection of Women from Domestic Violence Act, 2005, Ram would have to suffer the ramifications of his deeds.

King Rama slew innocent Sudra, Shambuka, as he was acting out penance for self-rejuvenation. It was against the laws for Sudras to do penance in those days. But our constitution provided a special emphasis on scheduled and backward classes. And according to sections 3(1) and 3(2) of the Scheduled Caste and Scheduled Tribe (Prevention of Atrocities) Act, 1989, anyone is punishable if found doing atrocities against them.

All the above are the deeds done in India. But can also be subjected to the laws of the Sri Lankan government. You don’t believe me, right? The exile prince, Rama, led a secret mission in a foreign land, Sri Lanka. He entered it without a visa by constructing a bridge. Not only this, he waged war against the then Sri Lankan King, Ravana, and killed him. So, the Sri Lankan government will have all the right to prosecute him if he had done all this in the present day’s setting.