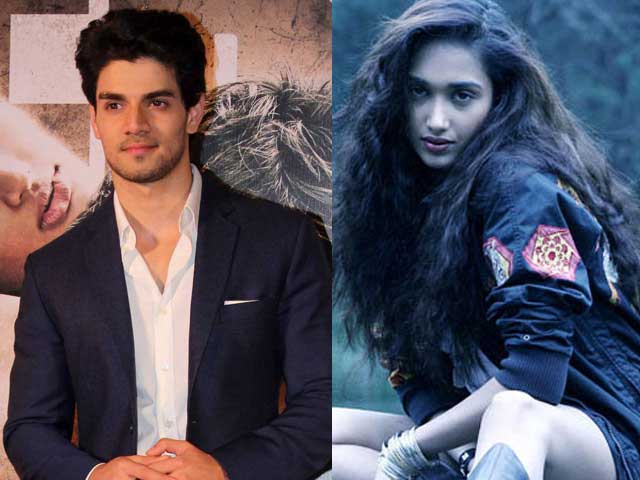 There has been a new development in the Jiah Khan case. Her suicide had led to the arrest of her boyfriend, Sooraj Pancholi, in June of 2013. He was arrested on the assumption that he had encouraged her suicide. However, he was granted bail at 50,000 rupees and was asked to report to the police every alternate day. 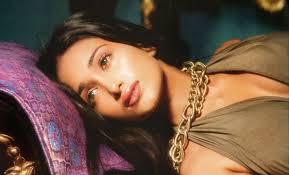 The CBI has now filed a charge sheet, and it has revealed a lot of chilling and horrific details about this ongoing case. The details are as follows:

Jiah Khan was four weeks pregnant when she informed Sooraj Pancholi about the pregnancy. The couple had then approached a physician who had prescribed some medicines for the Medical Termination of Pregnancy (MTP). These medicines, however, did not help, and the couple had to approach another doctor and finally a gynecologist. This gynecologist then prescribed a stronger and more efficient combination of drugs. 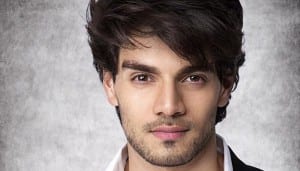 After Jiah Khan had started taking these medicines, she started hemorrhaging and called Pancholi for help. She was in great pain and needed immediate medical attention. However, Pancholi had allegedly asked her to wait and called up the gynecologist for guidance. The gynecologist asked him to rush her to the hospital as the fetus had probably aborted but had not been expelled from the body. This is what most likely led to the hemorrhaging.

The charge sheet also has a lot of other allegations. It states that Sooraj was afraid that if Jiah got hospitalized, their relationship would become public knowledge. He was afraid that this would damage his career before it had even begun and thus decided to handle the situation independently. He extricated the fetus and disposed of it in the toilet. 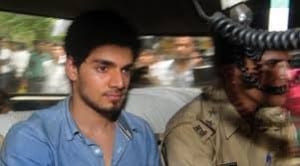 This entire incident allegedly left a deep emotional scar on Jiah Khan. She was very possessive about Sooraj Pancholi, and he had begun avoiding her, possibly for the sake of his acting career. The charge sheet says that this added to her depression and finally drove her to suicide.

This charge sheet was filed by the special crime division of the CBI, who was assigned the case in July 2014 to determine if Jiah Khan’s death was suicidal or homicidal. The Bombay High Court assigned them this task.

The previous charge sheet, filed by the Juhu police after Jiah Khan’s suicide, does not mention this incident. This incident has come to light only after the CBI examined 11 new witnesses. A few of these witnesses were doctors, and they gave the statements that led to this evidence being revealed.

The CBI was tight-lipped about what the contents of the charge sheet were, and the only information that they divulged was that a case had been made out under Section 306 of the Indian Penal Code (IPC) against a “private person.” This section of the IPC deals with abetment (encouragement or assistance) to suicide. It has maximum imprisonment of 10 years and also carries a fine. 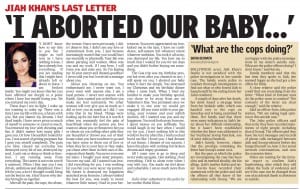 The charge sheet also says: “The willful conduct of the accused narrated in the note written by the deceased, her intimate relationship, the physical abuse, the mental and physical torture that she experienced, allegedly led the deceased to commit suicide.”

This charge sheet contains Pancholi’s domestic help, the building watchman, and the florist who had delivered the last bouquet to Jiah Khan just before she allegedly committed suicide. It also has a statement from Anju Mahendru, the actress.

The sheet says that “the accused are presumed to be innocent till their guilt is finally established after a fair trial.” The CBI had searched Pancholi’s house in Mumbai and found much evidence such as documents, letters, pen drives, and memory cards. A CBI official, on the condition that his anonymity would be protected, has said that:

“We sent everything to the Delhi headquarters of the CBI for analysis that provided the team with very crucial leads.” 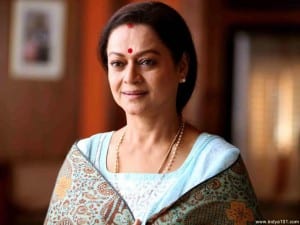 “We came to know about the filing of the charge sheet via media, and the investigating agency did not intimate us.” She has also said that the family’s lawyer will decide the future course of action after going through the charge sheet.