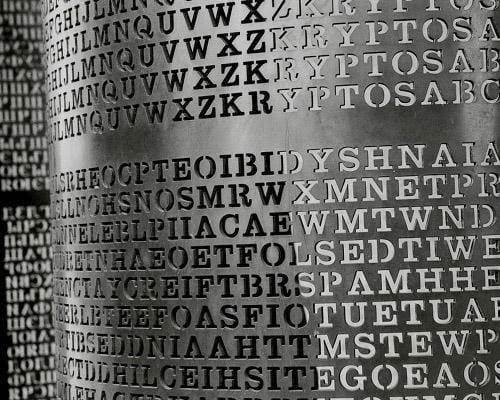 You must be curious about the strangest mysteries of the world. The world is not only limited to nature and human beings. But there are several unsolved cases or happenings which are still a mystery.

You may have come across various mystery centered series like Sherlock Holmes or Detective Conan. These series gear up the stories with suspense. But what if the world you’re living in offers you suspense?

Strangest Mysteries of The World

The Malaysian Airlines flight with the name MH370 disappeared suddenly without any prior notice. MH370 had a scheduled flight on March 8 from Kuala Lumpur to Beijing.

On their route, the plane vanished without a trace. The weather was quite clear and there was no single signal found on the radar.

There were 239 people on board. And soon after the lost signal, search operations were out over the Indian Ocean but nothing was found. Although many theories were conducted. But even after 9 months, not a single debris of the plane was found.

2. The Mystery of Diamond Mine

Falling second under strange mysteries of the world. The Miry diamond mine is also known as Mir is the world’s second-largest diamond. It is located in eastern Siberia and produces diamonds worth in billions.

The mine worked until the 1960s and stopped its operations in the early ’20s. Since then helicopters are banned to fly from above the area. Atlas Obscura explains that the place might create a whirlpool of the air current.

There are strange reports about planes that got sucked into the whirlpool. Tourists and outsiders are not allowed to enter the town without prior permission.

The name itself is creepy and strange. Our universe consists of planets, stars, and galaxies. According to scientists, things we see in our naked eye comprise only 5% of the total universe.

Whereas the dark matter consists of 25%. No one can see or feel it but it’s just there since everything moves traditionally.

Jacques Kapteyn, a Dutch astronomer was the first one to hypnotize on dark matter in the early 2000s. Researchers believe dark matter to be the same as spider’s web. It holds the galaxies together.

Many say that the dark matter is comprised of all undiscovered particles. Several theories can prove it but the inner meaning is still unknown. Yet it remains a huge mystery puzzle.

Heard of this name right? Few criminals commit such legendary crimes that their names are written down in criminal history. Jack the Ripper was a famous serial killer who slaughtered the territories of London back in 1888. He is one of the strange mysteries of the world.

When the police CBI was out in search of the killer, many were caught but none were identified as Jack the Ripper.

His name tops the mystery list since the way he hid his identity. And had a gruesome habit of ripping the dead bodies before disposing of them. 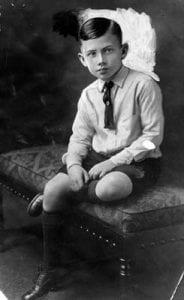 Walter Collins was a nine-year-old young boy. Once he had gone to watch cinema in 1928 but never returned home after that. Since the incident, the Los Angelus police tried their level best to search him.

The Illinois police had come across a boy claiming to Walter Collins. The police department was happy and had sent pictures of the claimed boy to his mother. But Crime Museum reported that the mother denied the boy to be Walter Collins.

The police forced the mother to take away the child until the child himself admitted that he lied. The real Walter Collins was nowhere to be found.

The Kryptos is a mysterious sculpture puzzle standing outside the CIA headquarters at Virginia. It’s 12 feet high cryptographic puzzle containing 1800 characters. Artist Jim Sanborn had designed the puzzle in a unique way. The messages are in encrypted form.

Kryptos is inspired straightaway from Dan Brown’s novel. It was built about 25 years ago. Three messages are already decrypted, but the fourth one remains to be the toughest of all. It consists of 95 characters still unsolved.

If you’re a fan of coding and loves cracking puzzles, you may try cracking it too.

The money pit is situated on Oak Island. Adventurers visit here in search of money and treasure.

Once a teenager saw lights on Oak Island, on further investigation they saw the lights around a circular area. He and his gang began to dig the area. Thus, it’s called the Oak island money pit.

Searching for over two centuries, no one knows what’s deep down there. Even modern technology failed. Through digging they could only find networks of interconnected tunnels. Few linked the island to the Knights Templar and Freemasons.

According to Science; since space has no sound we cannot, there’s no point screaming in space. What if? you actually can detect noises from space. Space is a vacuum and there shouldn’t be any kind of noise.

The whole universe is based on sound. Space roar is not a common sound to hear. It’s the detection of weird radio signals coming from space.

Although radio waves consist of TV signals, radio signals, and other communication ones. But coming across a noise which is quite loud enough to overlap the others is odd. Scientists find it difficult to solve the hassle.

Where is the actual sound coming from? Some say it’s from the remaining radiations. While others believe it to be the sounds of the galaxy clusters. 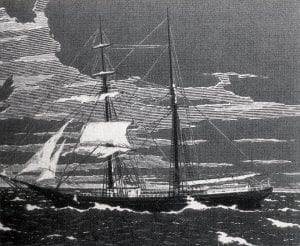 This isn’t the name of a girl but a ship falling under mysteries of the world. The brigantine Mary Celestine had a disturbing past after which Captain Benjamin Briggs owned the ship.

The Captain along with his family and 8 other crew members boarded the ship in 1872. But they never returned.

In not less than a month after it left the New York Harbour, a certain ship sailing from Britain had spotted Mary Celeste but from afar.

The ship was empty and no one was seen. Since then several theories were proposed. The mystery is, where are Captain Benjamin and his crew?

The zodiac letters contain four encrypted messages believed to be written by a famous Zodiac killer. He was a serial killer during the 70s who terrorized the premises of the San Francisco Bay area.

The letters were written in such a way to haunt the police and officials. Only one part of the letter was decrypted. Rest four still remains a mystery.

The zodiac killer’s identity also was never identified. No zodiac murderers were found in the 1970s.

To the northern coast of Scotland stands the Flannan Isles lighthouse. Back in 1900, a ship sailed towards the lighthouse following a relief keeper. Bad weather conditions kept all aback.

Later, on reaching the lighthouse no one was there, the area was all empty. Except for the crew and sheep, no one lived there.

The locals even felt the presence of a strange aura. Three of the lighthouse keepers vanished all of a sudden. Also, the lighthouse clocks were all stopped at the same time.

Back in the 1950s, a number of workers discovered a huge 40-ton rock in Massachusetts. The rock had strange marks and symbols unknown to the common man.

The strange rock was first described in 1680. Many scholars studied it for centuries. The rock doesn’t only contain messages but also odd pictures.

Researchers claim it to be the works of sailors or Phoenician visitation. But it isn’t the work of Native tribes for sure. 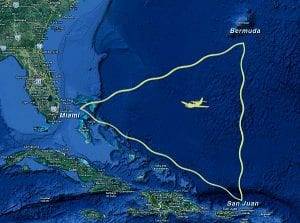 Who doesn’t know about the famous Bermuda Triangle? Initially, it was an infamous region of the Atlantic. But soon became famous due to sudden disappearances of aircraft and ships. These planes and ships started to disappear in between Bermuda, Puerto Rico, and Miami with no trace.

In 1975, some researchers claim these disappearances to be a hoax or exaggerated. Adding to this, the Bermuda Triangle has fewer shipwrecks and aircraft accidents compared to other areas experiencing the same traffic.

Although it’s said, the powerful Gulf Stream is enough to wash away the ruins of plane crashes and shipwrecks. Coast Guard record proof shows that many strange occurrences took place due to human error or natural sea storms.

Yet it remains unsolved till today as so many theories couldn’t match a common point.

You may love the fairytale, the mermaid shows, and movies. Where you get to see the world of Atlantis underneath the deep sea.

But if we say it’s real and the historians are still researching more about it. There are various proofs or ruins left under the deep sea that matches the lost land. Although hard proof is missing, these can just be assumptions too..

Some people say that Atlantis was built by extraterrestrials. Even till today, it’s believed that these beings roam around the depths of the ocean in their sea craft.

Can you solve these strange mysteries of the world? or want to? How did you feel reading this article? Let us know for sure.