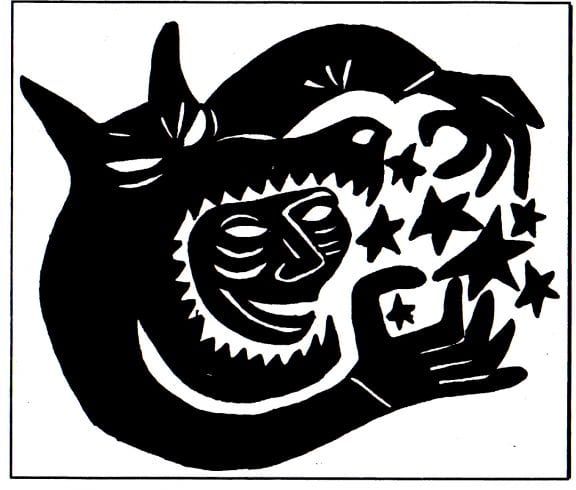 When tricksters dance and lark into your life, it’s about time to start paying attention.

Tricksters don’t confine to the binary role of good or bad. They are both dark and light, the hero and the villain, cunning and foolish. While they are hateful, they are also lovable. Whether you are drawn to them or repulsed by then, Tricksters always play a significant role in your life.

According to fiction, tricksters are often shown as the pranksters, the clowns, magicians, the fools, the rulebreakers, and pseudoscientists. According to psychology, tricksters are archetypes that break the forms of old rules and prod at your beliefs and stiff perceptions.

In modern times, tricksters continue to make an appearance in movies, books, TV shows, and real-life as well. Many of the Tricksters are very well known, such as Rumpelstiltskin, Puck (A Midsummer Night’s Dream), The Joker (Batman), etc. 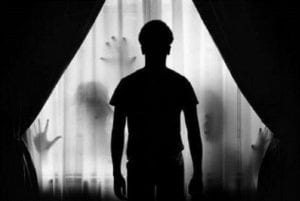 The Top 15 tricksters in movies.

So, who makes it to the list of the top tricksters in movies that you would want to watch again – here is the list. 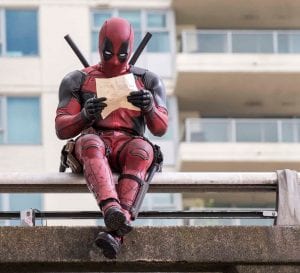 The Deadpool movie is entirely faithful to the comic books. Deadpool is an iconic character that perfectly fits the archetype of a Trickster. The character is continuously bending and breaking the rules. Not just that, Deadpool is full of bathroom humor and socially improper conduct. He has a prankster mindset, and he is always on the line that separates good and evil. Another Trickster characteristic is that Deadpool is filthy. He is continuously making lewd jokes and hitting on everything and everyone. With his pranks, his obscene comments, and socially disrupting behavior, Deadpool is one of the famous tricksters in movies.

Loki is called as a Trickster God by many, even though he is not a God. He lives in Asgard and creates trouble for everyone around him. He is a prankster and extremely cunning. His most Trickster trait is putting someone in pain and then coming in to save them, making it look like he’s a hero.

He can shapeshift into nearly any being and is extremely crafty. As the Marvel movies progress, he keeps shifting between good and evil.  He has both heroic and villainous moments. With these characteristics, Loki is one of the best Tricksters to be shown on screen. 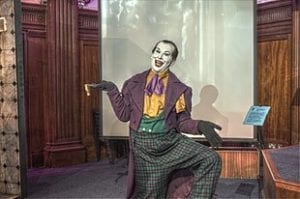 The Joker’s origin story appears to be changing and vague. Fitting the Trickster Archetype, the majority of Joker’s skills rely on his intellect and cunning. If you look back to the classic Batman movies, the bare essence of the Joker is shown to be more than a criminal but not a con artist.

He announces his aim to play the Trickster wide open to the public with his big grin and purple suit and yet manages to dupe them. He’s the devil you never wish to make deals with because you never know what cards he has up his sleeve, no matter how straightforward it sounds. 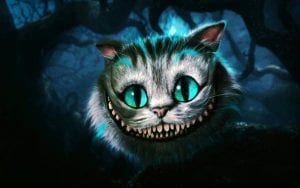 Like the Joker, the Cheshire Cat can be instantly identified due to his wide grin. In Alice in Wonderland, similar to how every character has a valuable lesson for Alice to learn in her journey, the Cheshire Cat, too, has a few lessons up his sleeve. However, he sways or helps her according to his needs.

Fitting for the Trickster, the Cheshire cat neglects classic logic and welcomes the surreal landscape. He is the best example of a Trickster not always being a villain. He may be as naughty as they come, but his lessons taught a great deal to Alice, and us viewers, making him among the best tricksters in movies. 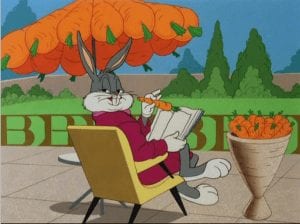 As one of our favorite characters to grace the television, Bugs Bunny is more so often shown to be the victim of the show. However, because of his cunning and tricking nature, his enemies find themselves continually being flattening, blown up, and shot. Like most Tricksters, Bugs never has a weapon. He uses his smart and confidence to fool the opponent. Having the Trickster characteristics, Bugs Bunny is neither the villain nor the hero. He is, but a Trickster always calms and collected and had the audience wrapped around his finger. 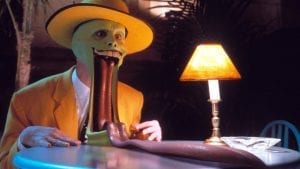 Who wouldn’t want to see the Mask again? one of the complete tricksters in movies we have seen? The Mask is featured in a couple of movies with its Trickster characteristics highlighting its mischievous behavior. Having the soul of the Trickster Loki, the Mask turns its wearer into a being with super-magical powers and the primary intent of creating Chaos. Even though the character of Stanley Ipkiss does not wish to create mischief, the Mask ends up turning every good-intent decision of his around.

The Mask is born of Chaos and brings Chaos where it goes. It walks a fine line between good and evil and influences the wearer’s behavior. It displays one of the best Trickster performances seen in movies.

Another of the best tricksters in movies we have seen for sure. As our most beloved sea pirate, Captain Jack Sparrow is another of the tricksters in movies through and through. He displays immense confidence and wit in every situation he is placed in. He cheats his way through every game and is quick and agile on his feet. As a Trickster, he improvises in each situation, thinking ahead and planning, always two steps ahead of his opponents.

Captain Jack Sparrow plays to his strengths and plays for himself. Every move is filled with humor and trickery, foiling everyone who stands in his way. His true intentions are known only to him. He truly is a Trickster who tricked his way into everyone’s heart. 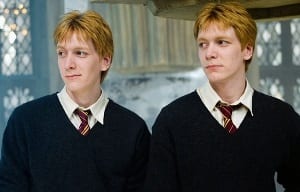 Harry Potter has always had a special place in our lives. More than the Chosen One, most of us loved the Weasley Twins, Fred and George. Pranksters in every form, these boys were all forms of trouble. Often seen to be pairing up with Peeves, the poltergeist, the twins, creates havoc in the corridors of Hogwarts. They display most of the characteristics of being Tricksters.

Peeves, with an evil streak to his pranks, had Fred and George matching his every move. Yes, you can call them among the best tricksters in movies – and for good reason. For one, they weren’t evil. True to their heart, Fred and George are a perfect example of Tricksters who are not villains. 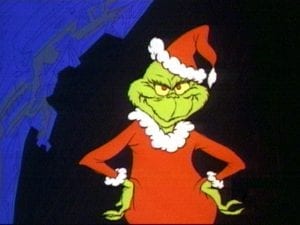 There has always been a Trickster during the holidays. Mainly coming around during Christmas, the Trickster energy is captivated by the Grinch. He goes around at night, stealing away the Christmas of everyone. This displays the perfect rascal type behavior of a Trickster, who thrives on Chaos.

The Grinch is a negative Trickster, who holds happiness is fooling everyone. The character portrays a negative and positive side, balancing the line between good and evil. Like with other Tricksters, you can also relate with the Grinch at times, from his awful scheming to him being cooped up at home all day long. He is surely among the most well known tricksters in movies you have seen down the years.

10. Tyler Durden is among the popular Trickster in Movies 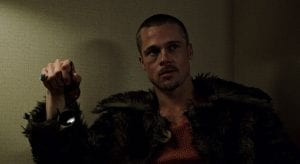 Tyler Durden is a character from the film “Fight Club.” His cunning pranks are mischievous and funny sometimes, and deliberately malicious other times. He is a public menace, with high standards of society. Like the Trickster God Loki, he, too, uses his tricks to bring people together for a more significant plot. With the help of Project Mayhem, Tyler uses the Fight Club to recruit men for it and bring destruction.

He has a fixed goal, like most Tricksters, and stops at nothing to achieve it. With his evil, sexual themes, and ambitious pranks, he is the perfect embodiment of the Trickster Archetype.

As one of the best-shown characters, Amy Dunne displays all the characteristics of a Trickster. Using her sharp intellect, she managed to dupe her husband, the media, and even the audience into believing that she was kidnapped. With her skilled acting and femme personality, she was the perfect Trickster. Not the hero type, she fits the characteristics of a villain, Trickster. She is brilliant and makes sure everybody knows it. When she fixes a goal, she makes sure she achieves it. Able to fool everyone, Amy is determined, smart, beautiful, and a walking embodiment of a Trickster. 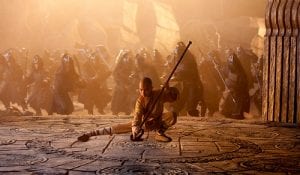 As much as Aang is a person filled with complete goodness, he also deceives and pranks, and is the reason for major change. This makes him a true Trickster. Throughout the movie, we see him hiding his identity through several different methods. He is a master at changing disguises and has fun while doing it. Like most Tricksters, Aang isn’t one to follow rules. He shapes the plot and twists it to his will and is one of the best examples of a good Trickster. 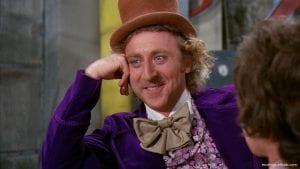 Willy Wonka is a looney, yet crafty character from “Willy Wonka and the Chocolate Factory”. His morals are constantly shifting and changing. As a Trickster, he can turn any ordinary situation upside-down. As his mood changes, he appears to change the mood of the people around him as well using his words and actions. His tour through his factory has a hidden agenda to it, and Wonka is filled with pranks to rain on his audience. This Trickster has played a key role in all our childhoods. He is surely among the best tricksters in movies you can find around in history.

The Four Horsemen are from the “Now you See Me” franchise. These four magicians are constantly up to their sleeves with tricks and pranks to dupe the world. Extremely intelligent as all Tricksters are, they are constantly hiding their true nature and intent with every act they perform. Like, real Tricksters, nothing is definite, and nothing is easy to decipher with their movements. Their true essence is hidden away, close to themselves. After all, “The closer you look, the less you see.” 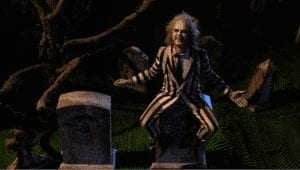 Betelgeuse is a pure force of Chaos. He can operate through malice, with evil, and through necessity, when he is being summoned. Betelgeuse is a rulebreaker. He refuses to follow the rules and loves breaking them. He brings havoc upon every character in the movie, playing pranks and thriving on their fear of him. His Trickster actions directly impacted the behavior and story arc of every character shown in the film. Betelgeuse is a Trickster to such a considerable extent that he was banished in the afterlife by the administration.