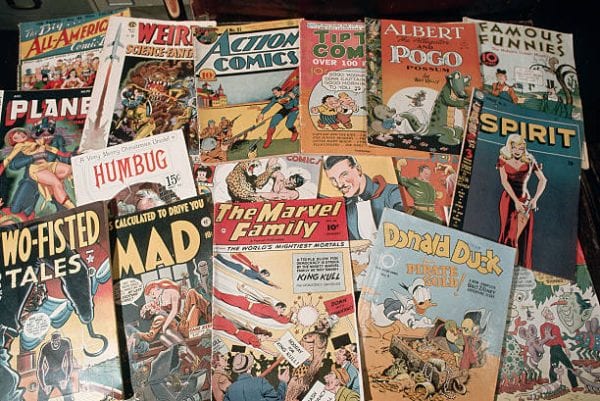 Are you curious to read comics online? Are you not able to buy comic books, and reading them online is the only option? Are you not aware of the best sites and perks of comic sites? Keep reading.

Reading comics is a great habit and hobby since it takes you to a different world altogether. Today, people are more connected to the virtual and digital world than the world of reality and books.

Does that mean, comics will get extinct? Absolutely not. All these sites are very easily accessible and widely known to comic lovers. 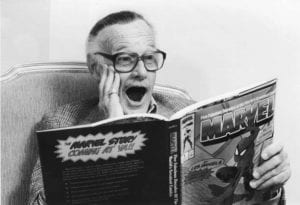 Marvel is one of the biggest superhero publishers, with their very own online subscription services. Marvel Unlimited also offers one of the large spaces with a lot of options for readers. Of course, 20,000 comics sound too much, but you indeed find some inconvenience. Fortunately, Marvel compensates those inconveniences by adding up entire versions of some of their most important and known storylines.

It’s true you will never run out of options, and the time you find your ideal story, you can read it any device you wish to. Plus, subscribers can save 12 of their favorite comics for online reading.

Click here if you want to know more about Marvel Unlimited. 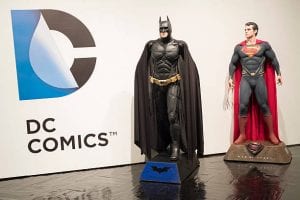 DC Kids does not contain a massive amount of comics collection like Marvel Unlimited, but whichever they have, are certainly their best-of collection. DC Kids is great for the young comic enthusiasts; it contains comics of Batman, Superman, and Wonder Woman. 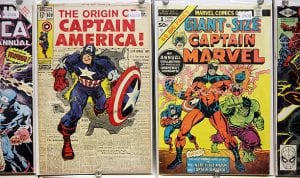 ComiXology Unlimited provides 10,000 comics, and with that amount of comics, it falls between Kindle and Marvel; however, it has a better selection than both of the sites. Of all services, ComiXology Unlimited manifests different varieties from Marvel to Manga and what not. The only issue that readers can face is the issue of purchasing comics except for the first series that ComicXology presents to you for discovering the site.

But this particular site contains so many precious gems, that no comic lover can neglect ComiXology. Also, subscribers can read these comics on the web, android, iOS, and even on Kindle Fire Application. 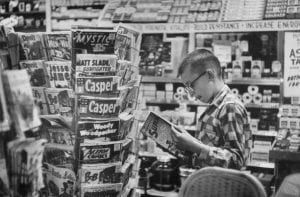 ComicBookPlus is a site with the best online reader, along with large scans of each item, and the most significant thing about this site is that it has a fast loading interface. This site has something for each reader, containing genres like horror, science fiction, and even romance comics of the 50s. ComicBookPlus is a giant site; it has 17,000 Public Domain Gold and Silver Age just for you. 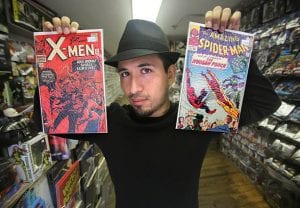 This site is considered as a heaven for comic lovers for years; it is one of the best sites to read comics online for free. DriveThru comic contains a wide range of comics except the Marvel and DC stuffs, at free of cost.  The site offers comics of different genres and in different languages. You must visit DriveThru comic if you are a true comic lover. 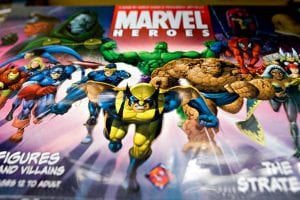 DigitalComicMuseum contains a significant number of comics, which are old humor and also TV Spinoffs.  But throughout the DigitalComicMuseum site, the wide-ranging energy of the Golden Age and Silver Age is alive. If you want to read a dreamy universe of aliens or about Abbott and Costello, you ought to spend time with the Digital Comic Museum. 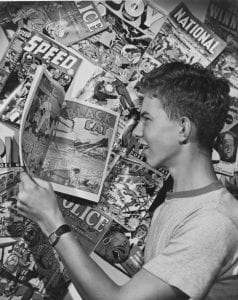 A boy is reading comics, circa 1955. (Photo by FPG/Hulton Archive/Getty Images)

Comic Blitz costs more than ComiXology. Furthermore, it does not contain the three most prominent known publishers Image, Marvel, and DC. But Comic Blitz compensates that lack by letting you read the full series. It enables you to read the entire volume of any series in high definition. Comic Blitz contains IDW, Dynamite, Valiant and Valiant Classic and Zenoscope.

For now, you can handle Comic Blitz in any web browser with the help of the iOS application. The application for the android version is planned for later. 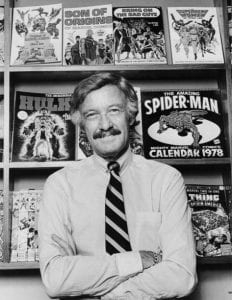 New York, N.Y.: Stan Lee stands in front of some of the comic books that he has created at his office on Madison Avenue in Manhattan, New York, on May 24, 1978. (Photo by Gerald S. Williams/Newsday RM via Getty Images)

Newsarama offers free comics for the readers, but the specialty of this site is science fiction. If you are anardent science fiction and everything related to it, you must visit this site for your speculations and curiosity. It also provides the latest news on science fiction on this site.

ElfQuest has been a part of the comic business for ages. It offers above 20 million comics and even novels to its readers. ElfQuest contains a free online store of about seven thousand classic art and stories. Moreover, it offers books and podcasts. 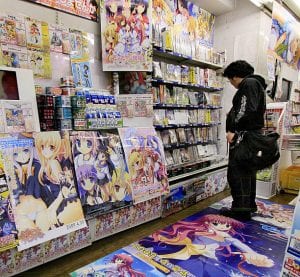 A customer checks computer game software, much of it based on “manga” comics, at a software shop in Tokyo on May 08, 2009. New York-based Equality Now launched a campaign this week “against rape simulator games and the normalization of sexual violence in Japan.” AFP PHOTO / Yoshikazu TSUNO (Photo credit should read YOSHIKAZU TSUNO/AFP via Getty Images)

Internet Archive is a non-profit site with about 11 million books, including a vast collection of comic books. This site will be your favorite if you are really into mangas. 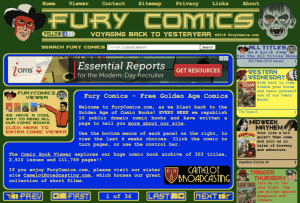 Fury Comics is one of the best options when it comes to reading comics online. Fury Comics releases ten public domain comic books every week, containing a blend of genres like romance, superheroes, abnormal fiction, and crime stories from not so famous publishers. However, maximum releases of Fury Comics have been done by numerous sites, but still, it somehow manages to find and create something rare that no one else has already covered yet.

If you are obsessed with both Marvel and DC, GetComics is your site. It offers a wide range of comics with comics from lesser-known publishers and everything of Marvel and DC. The web site is straightforward to navigate, and you can even download comics for offline viewing. Just visit Get Comics and enjoy your time. 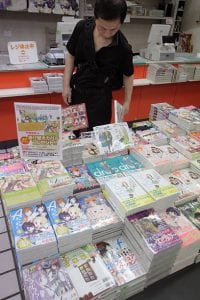 GoComics is one of the best sites if you have just got interested in comics. GoComics does not offer long narratives and everything about fights and battles; at times, short-form comics are essential, which offers slapsticks and sarcastic humor.

GoComics offer both paid and free subscription in its site. You can sign up from a free account and enjoy the full range of cartoons and comics. GoComics offers both known and unknown publishes on its website.

I assume you have already heard of Kiss Anime if you are a comic lover, it is a place where you can read comics as much as you wish to. KissManga is considered as KissAnime’s cousin.

In this site, you can watch Mangas, as much as you want. You can search your specific genre and see if it is still ongoing or it has been released before. This site will never disappoint a manga fan. 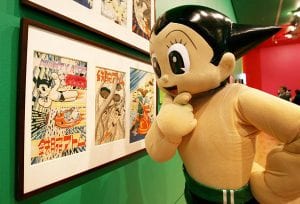 1337x is an easily accessible website for comic collections. The search list is quite fascinating, and you will find what you are looking for.  There is no comic that you will not be able to find in 1337x. It contains both old comics and new comics.

Kindle Unlimited might not be an application for comics, but Amazon’s lending library contains more than 7,000 graphic novels as their collection. The library has a limited number of publishers like Valient, Dark Horse, Marvel, IDW, Archie, BOOM! And Oni Press. It is very delightful to reading novels and comics on the Kindle App, especially if you are using a tablet. Furthermore, you will get to read thousands of e-Books after you are done with your favorite books.

Click here if you are wondering about Kindle Unlimited.

Webtoon originated from South Korea. It is another great platform for digital comics. It features real titles and self-published comics by Webtoon users. It is a delightful experience to read comics on the Webtoon site, but with the top-down scrolling facility, it is very easily accessible by mobile users.

It has genres from horror, science fiction to romance and fantasy. It has a lot of unique features, from GIFs to special effects. 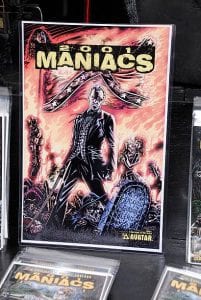 If you are aware of Erma Grow, it started on this website called Tapas, and it grew as a graphic novel and short film. It has the facility of both premium and free comics. It has loads and loads of comics. You can check out titles from indie uploaders or the massive collection of Tapas originals.

Tapas comic site is straightforward to use since you can search your desired genres, trending, exclusive, free, premium, and more.

View Comic contains plenty of comics by some major publishers like Marvel, DC, Image and Vertigo, you must check out this fantastic site, View Comic. The interface of this site is straightforward; all you have to do is search your desired comic. You do not even have to register to discover the site, open the site, and enjoy your favorite comics.

The Pirate Bay owns the largest store of comic books. It is a torrent based web site, which encourages readers to download their comics that they can search easily through the search box.

Just because everything is virtual and digital in this generation, that does not mean that comics will get erased. Hence, there are a lot of digital platforms and websites; some are of free cost for those who still want to be the one in ten who is a comic geek.

Let us know in the comment section below if you have started using any of these sites, which one would you recommend to those who have not yet started using digital platforms for reading comics. – READ COMICS ONLINE