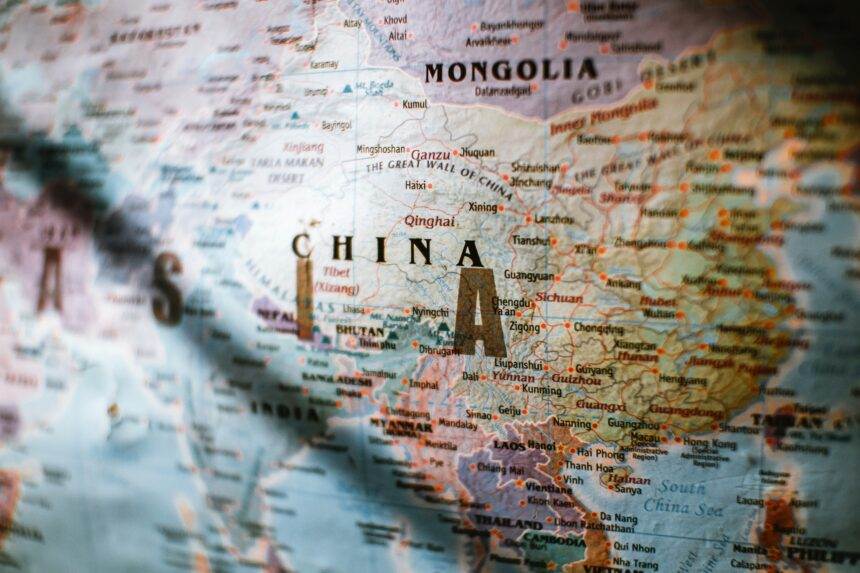 Asia! The largest continent on Earth. It is also the most populous continent, with most land mass concentrated in the Eastern and Northern Hemispheres. Here, we present you with a long list of fun facts about Asia that will blow your mind!

Contents
Top 12 Fun Facts About Asia1. The Largest Continent On The Earth2. Most Populous Continent On The Planet Earth3. Asian Countries Are At The Top With The Highest Average IQ4. Asia Is Home To World’s Tallest Building5. The Number Of Billionaires In Asia Is The Highest In The World6. Asia Have Six Of The Ten Busiest Cities In The World7. Home To Five Most Practiced Religions In The World.8. Japan Has The Highest Average Life Expectancy In The World.9. Asian Countries Consume Around 90% Of The World’s Rice10. 45 Of The Top 51 Busiest Train Stations In The World Are In Japan.11. Tokyo, The World’s Most Populated Metropolitan City, Is In Japan.12. The World’s Highest Mountains Are found In Asia13. The World’s Highest Point And Lowest Point Is In Asia.14. The Philippines Has The Slowest Internet Speed15. In fact, Asia And Europe Is Not Separated16. Home To World’s Rare And Fascinating Species17. Europeans have Never colonized Thailand18. Russia Is The Largest Country While the Maldives Is The Smallest One19. Hotels With Robot Staff!20. Garden That Will Take You To Messaging App21. China Has Only One Time Zone!22. The Longest Bridge In The World Is In China23. World’s Largest Flower With A Smell Of Rotten Flesh24. Bhutan Has Banned Tobacco!25. Home To Two Of The Seven Wonders Of The World26. Mawsynram-The Wettest Place On Earth27. Cambodia’s Flag depicts Historic Monument28. Home To The Largest Buddha’s Statue29. Bhutan! The World’s Only Carbon Negative Country3o. Home To 2300 Different Speaking Languages31. World’s Tiniest Mammal- Bumblebee Bat32. Asian Cities Often Condemned For Worst Air Pollution Levels

But, before knowing about the fun facts about Asia, let’s start with understanding what this beautiful continent is all about.

It shares landmass with Europe known as Eurasia, as well as with Africa and Europe known Afro- Eurasia. The Pacific Ocean borders Asia on the east, the Indian Ocean on the south, and the Arctic Ocean on the north.

So, now is the time to check out the most exciting and amusing fun facts about Asia and Asian Countries.

1. The Largest Continent On The Earth

Asian Countries like Russia, China, and India are among the world’s largest countries.

There are a total of 48 countries on the continent, in addition to three additional territories. Transcontinental countries that have a large Asian population are included in the count.

As a result, Russia, which has around 75% of its area in Asia, but only about 22% of its population resides in Asia, was omitted. The number of nations in Asia rises to 49 with the addition of Russia.

2. Most Populous Continent On The Planet Earth

You will be surprised to know that Asia is home to around 4.7 billion people, which is around 60% of the total population in the world.

3. Asian Countries Are At The Top With The Highest Average IQ

Shocking to hear! Yeah, But it’s true. Asia ranks high on the worldwide IQ scale. The top six countries with the highest average IQ are in the Asian Continent.

Japan, Singapore, and South Korea rank in the top three with the largest Average IQ scale, all of which are the continent’s strongest economies and developed nations.

Burj Khalifa! The tallest building in the world with stunning architecture and perfectly engineered with a staggering height of 829.8 meters stands in Dubai.

This large building has 163 floors with breathtaking vistas and a mind-blowing structure.

5. The Number Of Billionaires In Asia Is The Highest In The World

You will be surprised to know that the Asia Pacific Region has the highest number of billionaires in the world.

The global economy has changed recently, and the Asian peninsula currently boasts the most billionaires worldwide.

Asian nations like China and India alone have more billionaires than any other continent or country.

6. Asia Have Six Of The Ten Busiest Cities In The World

These six busiest cities include Tokyo, Delhi, Mumbai, Shanghai, Beijing, and Osaka. These are the cities with bustling lives in the world.

7. Home To Five Most Practiced Religions In The World.

Asia is home to the five most practiced religions in the world, which include Christianity, Hinduism, Islam, Chinese folk religion, and Buddhism have their origins in Asia.

Asia is home to 60% of the world’s population and is also the origin of many religions. Christianity, Hinduism, Islam, Chinese folk religion, and Buddhism are the religions that many Asians mostly follow.

8. Japan Has The Highest Average Life Expectancy In The World.

You will be amazed to know that the oldest population in the world lives in Japan, making up 28.2 percent of the country’s overall population. In Japan, more than 70,000 people have attained 100 years of age.

9. Asian Countries Consume Around 90% Of The World’s Rice

In most Asian countries, rice is a staple food as it is produced and mostly consumed here as well. You will be surprised to know that Asian Pacific consumes up to 90% of the world’s rice production.

Asians love to eat rice in their daily diet, whether it is for breakfast, lunch, or dinner. This is one of the most interesting fun facts about Asia that will amaze you.

What a shocker! Sure, but it’s true. 45 of the world’s 51 busiest train stations are located in Japan.

The busiest station in the world, Shinjuku in Tokyo, is used daily by almost 3.5 million people.

11. Tokyo, The World’s Most Populated Metropolitan City, Is In Japan.

Tokyo, Japan’s capital and largest city in Japan, with around 42 million residents, the Greater Tokyo Area is the most populated metropolitan area on earth.

After Tokyo, Delhi in India is the second-most populous city in the world, followed by Shanghai, China. These 3 cities top the list of most populated cities in the world.

12. The World’s Highest Mountains Are found In Asia

Mount Everest, the highest mountain in the world, is located in Nepal, standing proudly with a height of 8,848 meters above sea level. Its breathtaking and picturesque views will blow your mind.

On Earth, at least 108 mountains rise more than 7,200 meters (23,622 feet) above sea level in Asia. Most of these mountains are found in Tibet, India, China, Nepal, and Pakistan. It is one of the most exciting and astonishing fun facts about Asia.

The highest mountain range in South Asia is the Himalayan mountain range. The primary rivers that supply water to a considerable portion of the subcontinent of India are found here, and it divides India from the rest of Asia.

13. The World’s Highest Point And Lowest Point Is In Asia.

The Asian continent is home to both the world’s highest point, Mount Everest, and its lowest point, The Dead Sea, which is one of the most amazing fun facts about Asia.

14. The Philippines Has The Slowest Internet Speed

With an average speed of 3.54 Mbps, the Philippines has the slowest Internet speed in the entire Southeast Asian region.

15. In fact, Asia And Europe Is Not Separated

The Asian and European continents are not separated from one another because Eurasia, a supercontinent, also includes Asia.

Thailand is the only country in Southeast Asia that has never experienced European colonization.

Thailand’s name, Prathet Thai, means “country of the free” in Thai, which is a highly appropriate term given the fact mentioned earlier.

18. Russia Is The Largest Country While the Maldives Is The Smallest One

Russia is the largest country on Asian Continent, while the Maldives is the smallest country in Asia in terms of the total landmass.

Japan has hotels with robot staff. The Henna Hotel in Tokyo is the only hotel in the world that’s mostly made up of all robot staff.

20. Garden That Will Take You To Messaging App

In China, there is a perfectly trimmed juniper tree garden that turns out to be a QR code when looked at from above. You will be amazed to know that it actually works when you scan it, and it will take you to the official site of China’s messaging app WeChat.

China is one of the largest countries in the world, and you must expect that it must have at least 5-time zone, but you will be amazed to know that it has only one-time zone, and that is the Beijing time zone, making it one of the interesting, fun facts about Asia.

22. The Longest Bridge In The World Is In China

The Danyang-Kunshan Grand Bridge in China, which is a section of the Beijing-Shanghai High-Speed Railway, is the longest bridge in the world, spanning 102.4 miles (165 kilometers).

23. World’s Largest Flower With A Smell Of Rotten Flesh

Rafflesia Arnold, or the corpse flower, is the world’s largest flower with the smell of rotten flesh and can be found in the rainforests of Sumatra and Borneo in Indonesia. It is one of the most unbelievable fun facts about Asia to know.

Bhutan, a small Himalayan nation known as the Land of the Thunder Dragon, is the only country in the world that forbids the sale and manufacture of tobacco and tobacco products.

Anyone found selling tobacco is subject to a 3-5 years prison sentence under the law.

25. Home To Two Of The Seven Wonders Of The World

Asia is home to two of the world’s seven wonders – the Taj Mahal and the Great Wall of China.

Mawsynram, a tranquil, serene village, defeated Cherrapunji to claim the title of the wettest spot on Earth located in India. Mawsynram, the wettest place on Earth, is also located in Asia. It receives more than 10,000 millimeters of rain each year.

The Angkor Wat temple, a UNESCO World Heritage site, is depicted on the flag of Cambodia, the only nation in the world to do so.

28. Home To The Largest Buddha’s Statue

The Leshan Giant Buddha in Central Sichuan, China, is the largest Buddha statue in the entire world standing proudly with a height of 71 meters.

Bhutan is the only carbon-negative nation in the world with a progressive administration that does not prioritize economic expansion. Instead, they view the concept of “Gross National Happiness” (GNH) as their primary goal.

The Asian continent is home to people who speak approximately 2,300 different languages. The most commonly spoken language is Mandarin Chinese, which is spoken by around 51% of people throughout Asia, making it one of the most interesting fun facts about Asia to know about.

The Kitti’s hog-nosed bat, also known as the bumblebee bat and the tiniest mammal in the world, is found exclusively in Thailand. It measures 1 cm in length. Shocking to hear! But it’s true, making it one of the most interesting fun facts about Asia.

Asian cities are frequently chastised for having the world’s worst air pollution levels. According to the IQAir website, Bhiwadi, India, tops the chart of the world’s most polluted cities, followed by Ghaziabad(India) and Hotan(China).

What is a Business Strategy? 6 Important Components to Know About! 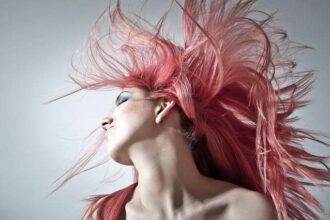 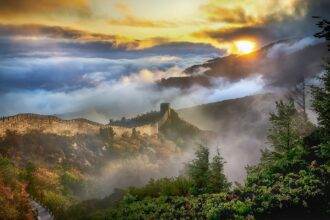 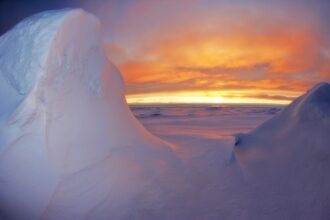 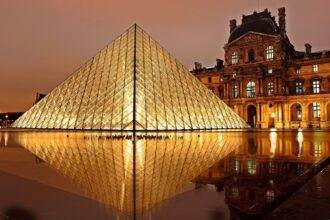