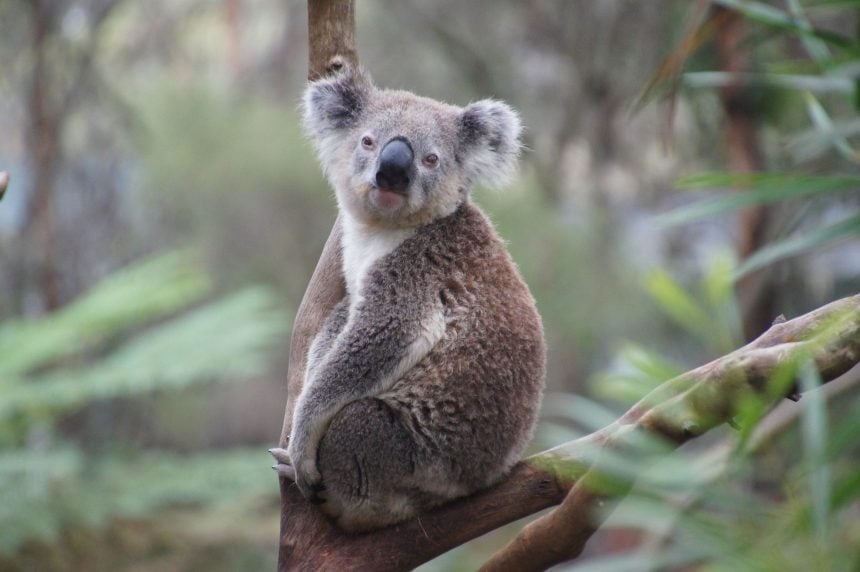 Koalas, an iconic Australian animal, garner the most attention from children due to their small, teddy-bear-like appearance. These are the few natural predators that exist in a very small number. These cute, furry, animals are gradually turning into endangered species.

Contents
1. Where do Koalas Originally Come From and Where are they Found Now?1.1. What is a Koala Habitat?2. What do Koalas Look Like?2.1. Baby Koalas- ‘Joey’3. A few Quick Koala Facts for Kids3.1. What do Koalas Eat? 3.2. Are Koalas Lazy? 3.3. How Long do Koalas Live?3.4. Scientific Name of Koalas and their Family3.5. How do Koalas Communicate?3.6. What was the First Impression of Koalas on People?Final Note

So, before they extinct completely let’s look at some koala facts for kids!

1. Where do Koalas Originally Come From and Where are they Found Now?

There have been numerous legends about Koalas and their origins for a long time. Legends about giant-sized koala fossils and koalas controlling the rain and causing a great drought if they are disrespected exist, but none of them have been proven to be true.

Their origins can be traced back to before European settlement in Australia. When Europeans arrived in Australia in 1788, they destroyed much of the koala habitat to make way for industrial and architectural development. This upended Koalas’ lives, leaving them without homes or food. Since the early 1800s, many koalas have been hunted and killed for their fur. Koalas were designated as a protected species in all states in 1937 as a result of their mistreatment.

The woods of Queensland, New South Wales, Victoria, and South Australia are home to koalas, and each of these states has its own rules regarding their conservation.

The Australian Koala Foundation (AKF) conducted a survey and determined that the Koala’s conservation status should be changed from “Endangered” to “Critically endangered” because of the serious rise in extinction rates brought on by extensive urbanization, droughts, and forest fires, traffic accidents, and domestic dog attacks since the early 1900s.

Koala populations can be found on coastal islands, amid tall eucalyptus trees, and in low inland woodlands.

Koalas prefer a specific type of environment. The presence of their preferred tree species, Eucalyptus and occasionally Non-eucalyptus, is a critical component of their ecosystem.

Adequate rainfall is another critical component of the Koala habitat. As a result, growing global warming and associated heat impacts are other drivers of koala extinction.

The third crucial criterion is the presence of other Koalas in their habitat. Even if they have discovered the optimal environment for survival, they will not relocate unless there are other koalas around.

Their environment is in grave jeopardy. Human homes, droughts, and forest fires have unfortunately destroyed over 80% of their habitat! They have to migrate closer to the city sometimes, and when they do, automobiles and dogs frequently kill them. That is extremely depressing. Fortunately, many people are working together to protect the survival of these awesome creatures.

We must never underestimate the cuteness of koalas when evaluating their popularity among children. One of the most interesting koala facts for kids lies in their appearance.

Koalas are known for their endearing appearance, with the spoon-shaped nose, fluffy ears, and large, spherical heads.

When koalas were first discovered in Australia, they were mistaken for bears or monkeys. Even today, many people refer to koalas as “koala bears”. But Koalas belong to a group of animals called marsupials.

Koalas are arboreal, tree-dwelling marsupials with the physicality to thrive in their ecosystems. They have brownish-grey or silver-gray compact, stout bodies, large black-brow eyes, long, powerful front and rear limbs, and huge, sharp claws that help them maintain a firm grasp on trees. The koala has five digits on its front paws, two of which are opposable, similar to how humans have two thumbs. They are slow on land but skilled swimmers who can cross rivers to avoid flooding in one area.

Koalas are typically two to three feet tall. Their average weight ranges from 8 to 15 pounds.

Male koalas are easily distinguished from their female counterparts. Female koalas are well-known for having pouches where their offspring can develop. Male koalas are typically larger and have a dark scent gland in the center of their white chests, making identification easier.

Koalas have a curved, cartilaginous spine and a rough, fluffy tail that allows them to sleep more securely on trees.

Another noteworthy feature of koalas resembling humans is that they are one of the few mammals with fingerprints.

Koalas have thick, woolly grey fur that protects them from rain, cold, and heat. It acts as an additional layer of defense for their skin.

They are the cuddliest creatures on the planet!

It is hard to discuss koala facts for kids without including baby koalas.

The first piece of information regarding young koalas is contained in their name, joeys. Joeys are the common name for practically all marsupial infants, including kangaroos, possums, and other species.

Joeys are fed and grow properly in their mother’s pouch for the first six months of their lives. They first become noticeable at 5.5 months after birth.

They are little organisms that do not resemble koalas for the first several months following birth. Baby joeys become koalas at 8 to 9 months of age and can no longer fit inside their mothers’ pouches. The majority of their time is spent on their mother’s back and tummy.

The birth of baby koalas is quite fascinating. They are born from their mother’s central vagina, which is one of three in a female koala. They are born in trees and have no fear of falling since they are so small that they can simply get tucked into their mother’s fur. They weigh about 1 gram at birth and stand about 2 cm tall. A joey navigates by using its strong sense of touch and smell and instinct because it lacks ears and eyes.

Another fascinating truth about infant koalas is that they consume their mothers’ poop. While this may appear strange, it is true. Mama Koala releases some normal poop pellets, followed by pap, a runnier, protein-rich substance. The pap promotes the baby’s growth and contains the mother’s gut bacteria, which may help prepare the joey for its adult diet of gum leaves.

Koalas are gregarious animals that live in large groups. They do not migrate since they are quite territorial.

Koalas are tree-dwellers who live and feed on the same tree.

One of the most interesting koala facts for kids is about their diet. These fussy eaters have a low-energy diet, which explains their lethargic lifestyle. Eucalyptus or gum leaves, which contain poisons that take a long time to digest, are their principal dietary source. They are herbivores, thus they do not need to hunt or feed like many carnivorous species. They have a vegetarian diet that requires little energy. Koalas rarely drink water because they acquire nearly almost all their moisture from the tasty eucalyptus leaves they eat. The word ‘koala’ is derived from the Aboriginal language and means “no drink animal.”

Each animal consumes an incredible amount of food for its size—roughly one kilogram of gum leaves per day. Koalas store leaf nibbles in their cheek pouches. To digest these leaves, koalas have a peculiar digestive system that includes a two-meter-long gut filled with strong microbes that detoxify the plant.

Koalas are picky when it comes to the gum leaves they consume. These fussy animals consume 40 to 50 of the 900 or so eucalypt species found in Australia, depending on where they live.

The Koalas are far from lazy. They have merely adapted to their environment. Their diet provides them with so little energy that they are usually lethargic. To survive on such a low-calorie diet, they conserve energy by moving slowly and resting for almost 20 hours per day. Everybody enjoys their sleep, and so do our furry friends!

If you are listing out koala facts for kids, this one cannot be missed!

How can someone overlook the life span of a koala when presenting koala facts for kids, right?

Koalas live for 10-12 years on average. Females frequently outlive males, whose life expectancy is typically less than 10 years due to their participation in animal activities. Koalas are susceptible to several horrifying diseases that may not have such a severe impact on other animal species. Koalas are also infected with a retrovirus similar to HIV, which weakens their immune systems and makes them more vulnerable to diseases such as chlamydia or cancer.

3.4. Scientific Name of Koalas and their Family

Koalas’ scientific name is ‘Phascolarctos cinereus.’ They belong to ‘Phascolarctidae’, a family of Marsupials.

The closest living relative to this cute creature in the animal kingdom is a Wombat. They are both nocturnal marsupials that dwell in Australia (active at night). They have the same size and form as well.

3.5. How do Koalas Communicate?

Another amazing koala fact for kids is regarding their way of communication. Koalas communicate with one another across great distances using a variety of sounds. The male makes a strong booming sound to demonstrate his social and physical position. Males assert their dominance by bellowing, which conserves fighting energy and aids in the detection of other animals. Females do not make a sound as frequently as males do, but when they do, it is usually to display aggression or engage in sexual behavior.

3.6. What was the First Impression of Koalas on People?

The koala was perceived by early European settlers in Australia as a prowling sloth-like mammal with a “fierce and terrifying aspect.” The koala’s reputation improved towards the turn of the century, thanks partly to its increased popularity and depiction in several widely distributed children’s books.

Koalas captivate children the most. So there you have it, some of the most fascinating koala facts for kids to discover.

Do you have any Koala facts for kids that we overlooked? Then please let us know in the comments! 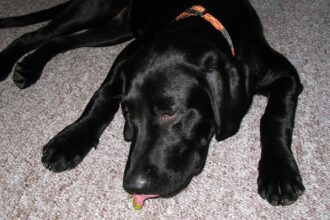 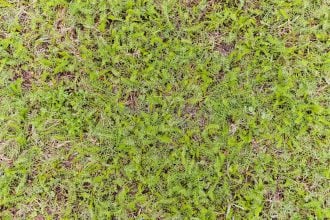