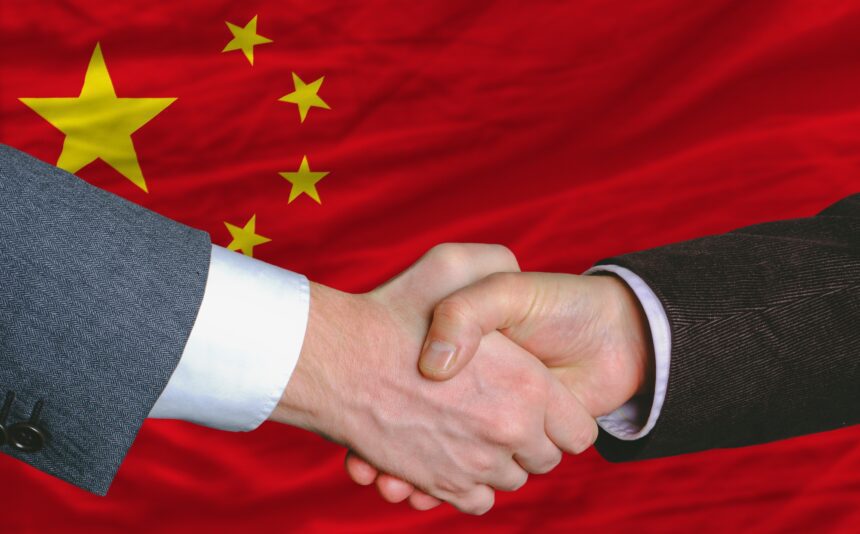 What are some of the weird things banned in China?

More than 1.4 billion people are living in China right now. But, you might be taken by surprise when you hear about some of the weird things banned in China. From TV shows, and celebrities to some of our favorite websites- some unbelievable things are banned in China.

Today, I’ve curated a list of the top weird things banned in China!

Yes! You heard it right. These rank top in the list of weird things banned in China.

There are a lot of American websites banned in China. But the most shocking ones are everyone’s favorite social media sites.

Facebook was first blocked in 2016 as some activists were using this app to express their point of view. Since then, the Chinese Government looks over every Western social networking app to gain control over its people. The internet censorship of China is sarcastically known as The Great Firewall (Get the pun?)

Though China blocks Facebook for its citizens, there are still daily log-ins reported from China. Are you wondering how? Well, we will come to that point now.

If you are a traveler in Mainland China who needs to use social networking sites, then you can access it via these methods:

Choosing a Virtual Private Network in China can be difficult as free VPNs can often cause significant harm by selling your data. Try using ExpressVPN or NordVPN. And, VPN is not illegal in China.

Proxies are a substitute for VPNs and are much cheaper.

The firewall can prove to be a bit inconvenient for travelers, but you can access your favorite sites using the methods mentioned!

These are strictly monitored by the Chinese Government. They don’t want Zuckerberg to sneak into the country in any form!

Others claim that the Chinese banned all social media so that Chinese people are forced to forget the incident of The Tiananmen square.

Another one of the weird things banned in China is Google itself!

Google China, the Chinese subsidiary of the company, was once the most popular and best service provider of China. But then the Great Firewall blocked Google China back in 2010.

This was done as a measure to gain control over local people’s search history and also to make way for some of the Chinese browsers. Some say one of the big reasons behind this is to avoid foreign eavesdropping.

When it comes to information about people, Google knows more about their lives than their governments. Suppose your son/daughter failed her exam.

She goes online and searches, “How to pass math?” Google knows that your child failed math, even before you did. Crazy, isn’t it?

Imagine what happens when the same equation applies to prominent government officials. Google is not just a simple search engine. It’s the biggest spying tool ever created.

These are the reasons why China made it impossible for Google to operate on its soil and promoted a local search engine called Baidu, which now has more than 80% of the market.

As Google and Facebook are American companies, which means they are far beyond the reach of the Chinese Government, they are blocked.

Another one of the very weird thing banned in China is YouTube. Yes, unfortunately, Chinese internet users won’t get to experience ASMR or see a rather unhealthy American doing a mukbang.

China has banned Google and every google related product. YouTube was banned back in 2009 and is, in fact, still banned.

Many people claim that China didn’t want Google to be the internet superpower, while others have different theories too.

However, the exact reason why China has banned YouTube is still unknown. Before 2009, the company was banned for a brief period also.

But, in 2009, China accused YouTube of having false videos that included one of their government officials and hence banned YouTube since then.

China may have also boycotted YouTube to pave the way for local startups like Toutiao, MiaoPai, Bilibili, and Youku.

4. All things related to time traveling

One of the weird things banned in China is time travel. Now you might chuckle and think that’s a concept which occurs only in movies and TV shows. How can China possibly ban that?

Yes, you are right! We are talking about television here. They have banned all the shows and movies that represent or support time traveling just because they think it is a disrespect to Chinese history!

This is all because there was a certain trend in the Chinese movie industry that promoted films that showed certain people who traveled back in time and found happiness in their lives (See the irony?)

If you were born in the 90s, you know this actor from his blockbuster movie “Pretty Woman.” However, this handsome man falls under the list of one of the weird things banned in China.

As a Buddhist and a personal friend of the Dalai Lama, Richard Gere has been an ardent supporter and openly spoken about the Free Tibet Movement.

And because of this, the Chinese banned him. He is not even seen in movies frequently for this particular reason.

The man believes that there are a lot of Chinese investors in Hollywood for which the industry sees him as a liability.

Brad Pitt has also been banned from China for merely playing a role in the movie “7 Years in Tibet.” The film is based on Tibetan independence and the Chinese invasion of Tibet (you can understand why the Chinese Communist Party doesn’t like it).

Harrison Ford also had a run-in with China for accepting the movie “Kundan.” Back in 2017, Katy Perry was denied a VISA for she supported the Taiwan movement.

China likes to incorporate its cartoons into its political statement. And for that reason, Winnie-the-Pooh is one of the weird things banned in China.

Certain clippings from this particular cartoon were used to make memes. But that’s not where the problems began.

The president got angry when certain memes of this cartoon were used to bring a comparison between the character and the president.

We outsiders might look at this as an online quirk and laugh about it. But it is quite a pressing matter for a country’s political heads.

It doesn’t make much sense, but Peppa Pig has been the center of controversies for many reasons. It is also one of the weirdest things banned in China.

This innocent children’s cartoon is just about a happy pig learning lesson about life, but it always seems to make people angry everywhere.

It got banned from a top-rated Chinese video streaming app. The creators of the app have banned many clips from Peppa Pig and later banned even the name. #Peppapig was also forbidden, so people cannot even search for their favorite clips anymore.

Are you wondering why it got banned? The reason will surprise you! It got banned because the show promotes a gangster attitude. No, I am not making this up!

A new article released in The Guardian says that the show’s association with certain uncultured memes got it banned. It was giving the wrong idea to the kids for which the Government made this decision!

Did you know? Some video games, as well as video game consoles, are banned in China!

Resisting oppression is pretty contagious as the effect of the Jasmine Revolution reached China from the Middle-East. China carefully studied the facts and impacts of the Tunisian Revolution and began its kind of revolution, but this was online.

In February 2011, unfortunately, those attempts to bring about political change didn’t last all that long. The protestors were put down, and all the protests were closed.

It even denied them their freedom of speech. Some international journalists were beaten badly by the Chinese police!

But China then did everything it could to make people forget all about this brutal event. From wiping off the entire online protest to even banning the flower from local markets- China left no stone unturned.

It also banned its annual Jasmine festival, which used to be a pretty big deal. Jasmine is really one of the weirdest things banned in China!

I know I sound like a lunatic, but I swear it is indeed true! Reincarnation is one of the weird things banned in China.

Now you might think, “That’s not even possible.” Well, when I say reincarnation, I am specifically talking about the spiritual leader of the Tibetan Buddhist faith, Dalai Lama.

As you might know, the current Dalai Lama isn’t on good terms with China for his views regarding the Tibetan Movement.

China wanted to choose the next Dalai Lama, but it ended in a conflict which led to China altogether banning this reincarnation process! This is another one of the weird things banned in China.

Many American sitcoms have gained massive popularity among Chinese people. But recently, shows like “The Big Bang Theory,” “The Good Wife,” “NCIS,” and “The Practice” were banned in China.

Viewers think this is for some obscure reason, but China simply claims the intention to be “unspecified policy reasons.”

Most claim that it was becoming more popular than Chinese shows and was earning a lot of advertisement revenue. But we do not know the exact reason behind these weird things being banned in China.

Other than the ones in this list, there are other weird things banned in China. China has banned the unauthorized practice of religion, hip-hop culture, the letter’ N’, and many more!