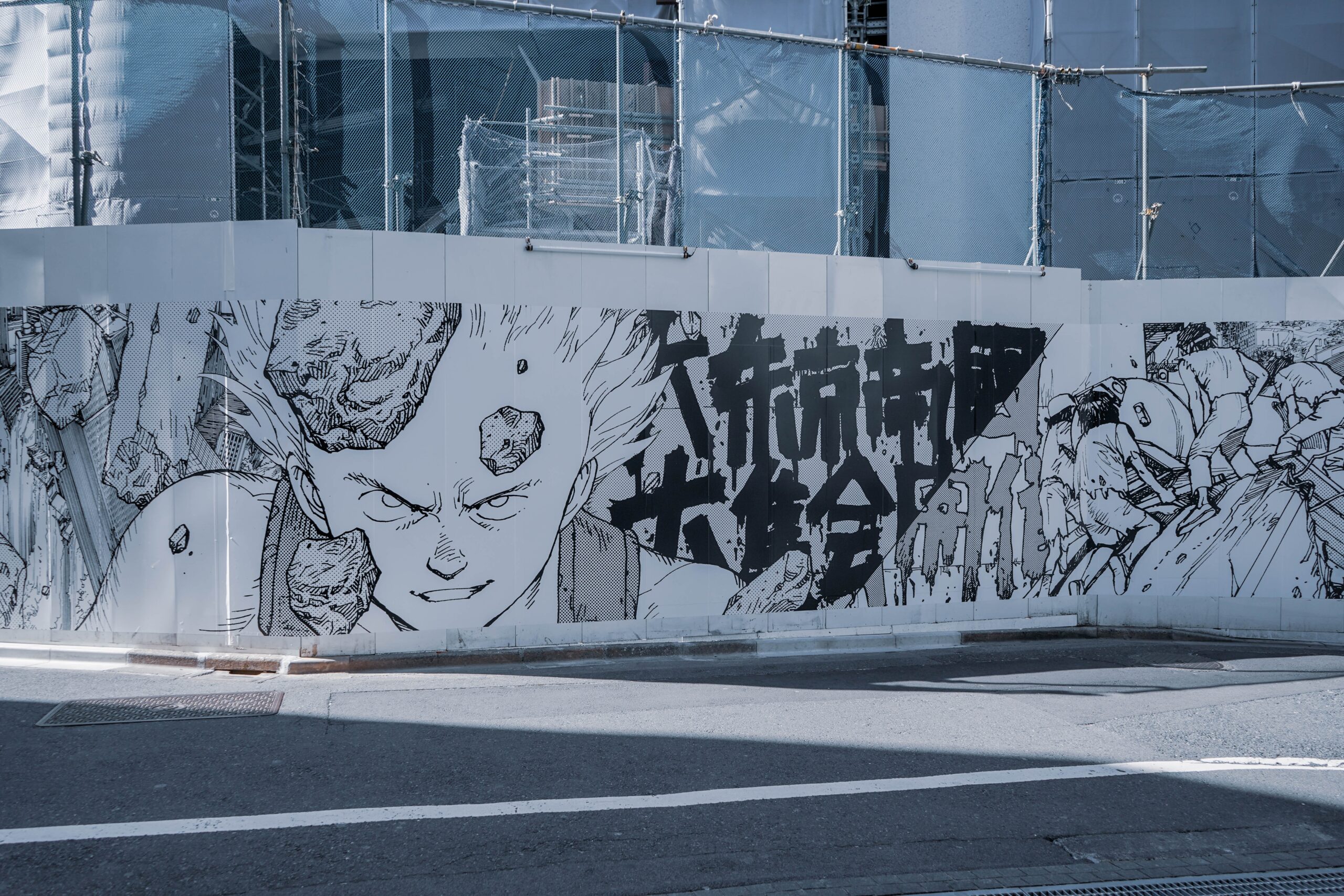 Anime swords is one of the best weapons used by anime protagonists and antagonist, when they are fighting against their enemies and protecting their loved ones.

Anime has become a mainstream animated media that is viewed by many across the world. In Japan, anime is the term coined for anything that is animated regardless of origin and style. But in the English language, anime includes an animation in the form of hand-drawn figures or computer graphics originating from Japan.

If you want to know more about anime, click here.

According to the masses outside Japan, the bright colors and intricate detailing, dramatic plot points and climax scenes, magnificent characters, and their expressive art style are what sets anime apart from other animations.

While any anime series can be arranged into different genres like action, mystery, thrillers, psychological, and others, most often anime is divided according to the target audience.

There are five types of anime, that is Shonen, Shojo, Seinen, Josei, and Kodomomuke. Anime swords are often featured as a fighting tool in the Shonen and Seinen Anime and sometimes in Shojo anime too.

We will now get to know about the different anime genre and the reasons for it being popular. But wait till the end of the article to know which anime swords are the most powerful. So keep reading to know if any swords from your favorite anime made it or not.

While there is a set target audience for each anime type, they are also enjoyed by the masses who might not be part of the target demographic.

The target audience for this anime-type is boys who are under the age of 15. The story trope for this type of anime is usually the main protagonist embarking on an adventure. The adventures include action and combat when facing an adversary. Examples of Shonen anime are Bleach, Naruto, and One Piece.

Shojo anime is for girls under the age of 15 and is often said to be the female counterpart of Shounen. This trope of anime explores more on romance and other relationships, but you can still find an element of action. Examples for Shojo anime are Sailor Moon and Ouran High school host club

This anime-type is for boys above the age of 15. Seinen often deals with violent, psychological, gore themes and other mature concepts. This type of genre has also a good amount of action and adventure. Berserk and Attack On Titans are examples of this trope.

Just like Shojo, Josei is the female counterpart of Seinen. The target audience is females above the age of 15 and it also deals with romantic relationships in a slice of life genre with some mature themes. Anime of this trope include Honey and Clover and Karneval.

The target audience of this anime-type is children. The character often goes through a world of imagination and possibilities. The core plots of this anime-type often deal with moral lessons too. Doraemon and Anpanman are part of this type.

Top 15 Anime Swords of All Time

Anime swords come in many different types and shapes. Some of them can be a two-edged, single-edge, or a katana. Some are normal size but some are bigger than the wielder itself!

We will now get to the stars of the article: the best anime swords featured in different animes throughout the years.

1. Tessaiga and Tenseiga from Inuyasha

Both Tessaiga and Tenseiga were created from Inyusha’s father’s fangs. While Tessaiga is capable of killing 100 demons and can send anything that it touches to hell, Tenseiga can restore life. Out of the two, Tessaiga is one of the most acclaimed anime swords.

Bleach is a well-known shonen anime in which one of the most powerful anime swords are featured. In the anime, Zanpakuto (Soul Slayer) is a weapon owned by Shinigami (Death God). Our main character Ichigo owns a Zanpakuto which is named Zangetsu.

Zangetsu is the only Zanpakuto that can take a human form. This human form features Ichigo’s negative thoughts. Zanpakuto is used to bring stray souls to the afterlife.

Ea is said to be the deadliest of all the anime swords. It holds so much power that calling it a sword is an insult, but alas it is part of this category. It contains the secrets of the universe and it is responsible for creating our world by cutting it from the heavens.

It very powerful and can only be possessed and used by our main character Gilgamesh. The sword was born out of unearthly materials and has the power to annihilate the whole world.

The main protagonist of this Shonen anime, Kirito wields dual blades, which are Elucidator and Dark Repulser. Kirito who is struck in an MMORPG acquires these two anime swords in different arcs of the anime.

The Elucidator is black in color and is actually a demon monster drop from the boss demon that Kirito defeated on the 50th floor. The Dark Repulser is While in color with aqua-colored linings. Dark Repulser was forged out of a Crystallite Ingot by Lisbeth.

This powerful anime sword is wielded by the main character Crona, who is called the demon swordmaster in the anime. In this anime weapons also take a human form so this makes Ragnarok a pretty good character too.

It is a sword that was melted and mixed with synthetic blood. The same blood also runs through Crona’s veins too. The sword can control Crona’s blood and can heal her. Ragnarok can be used as a normal sword and can create loud sounds that can hurt the ears.

6. Wado Ichimonji from One Piece

One of the most recognized anime swords of the shonen anime is Wado Ichimonji. The sword is owned by the beloved protagonist Zoro. The sword is part of the 33 most powerful swords in One Piece.

Wado Ichimonji has fought against and defeated many deadly swords. Zoro protects the sword with his life as it once belongs to his childhood friend. Many seek to steal the sword due to its power.

Dragonslayer is said to be one of the heaviest anime swords. It is an oversized two-edged sword made from steel. Only the Guts, our main protagonist, can wield this sword due to its heavyweight.

Often many who tried to use the Dragonslayer were crushed by its weight. The sword can kill anyone due to its weight.

8. Scissor Blade from Kill A Kill

This anime sword is shaped like a pair of scissors, hence the name. It is created by Dr. Isshin Matao who was later killed in the anime. One half of the scissor blade is taken away by his killer and the other half is passed down to his daughter.

Ryuko, his daughter, battles with the sword which is made from hardened Life Fibers. Due to this it is very strong and can cut through different materials.

Guilty Crown is a unique shonen anime with features of one of the most popular anime swords ever. The sword is a manifestation of the physical form of Shu Ouma’s soul. This physical form is called the Void.

Ouma uses the Singer’s Sword just like any other sword. But it can also bring out parts of metals for distant combat, create a shield, and other advantages.

The most unique thing about this anime sword is that it is made of wood. In this anime, actual swords are banned due to which Gintoki, the main protagonist wields a wooden sword.

The wooden sword is made from a 10,000-year-old mythical tree that is located in a different world. The wood can cut into materials that are more ductile than wood.

Akame, one of the main characters in this shonen anime owns this sword. Murasame is a poisonous sword and can be one of the most dangerous anime swords.

It is a cursed blade that can kill a person with a single slash. The moment Murasame cuts into someone’s flesh, a poisonous curse gets into the person killing them instantly.

This sword is used by Rin Okumura, a half-demon to fight and defend his friends and himself. The sword is made by Mephisto Pheles who is King of Time. The sword is later used by Shiro Fujimoto to seal Rin’s demon heart which made Rin look more humane.

When the sword is used it used Rin’s demon heart and gives Rin demon-like powers and used a blue flame to destroy enemies.

13. Sword of Kusanagi from Naruto

One of the most popular anime swords of Shonen anime, Sword of Kusanagi is two in number. The first one belongs to Sasuke and he can wield the swords by send bolts of electricity through the steel. Anyone in contact with the blade will be electrocuted

The other one belongs to Orochimaru is kept inside a snake that lives within him. He can use the sword to cut through and material by using telekinesis.

Yato is a God of calamity who acquires the most humane anime swords of all time. In this Shonen anime often pure souls are named and turned into weapons or any other object by Gods. These weapons are called a Shinki and used to kill monsters born from misery.

Sekki is Yato’s Shinki and he uses it to kill monsters and fight enemies. Sekki’s human form is named Yukine. Both names are given by Yato. Sekki also becomes a Blessed Regalia and became two swords.

This magical sword is known for its gigantic size and sharp double edge. Thi sword is used by Panther Lily, an important character from Fairy Tail.

The sword can cut through steel and any other materials as easily as butter. But it was destroyed by Gajeel when he fought with Panther Lily.

Well, we have come to the end of the list of the strongest anime swords ever. You can watch the anime to see the swords in action. If you want to use one you can try to play video games based on the anime. So go on, watch the anime to know more about the different swords.