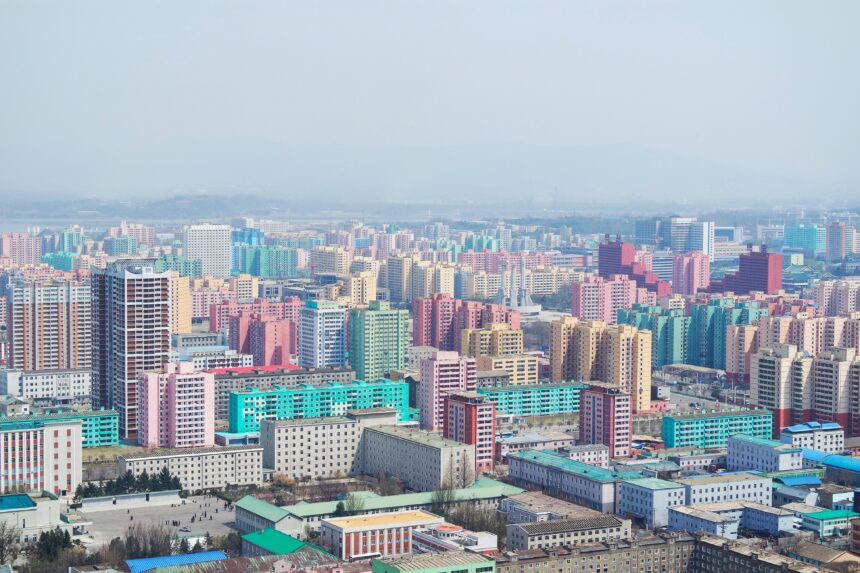 North Korea is a place with no freedom, highly monitored, and the most protected country with 1.3 million people serving as soldiers. Here are the North Korea Facts you need to read.

What if you were asked to live free from all the fuss around you-internet, mobile phones, huge crowds, music, entertainment, and above all, the power? You can’t, can you? Because you are inured to an undeniable way of living since you were born.

Its secretiveness and being isolated from the world made North Korea a mystery country for many people. In case this is your first time hearing about North Korea and wondering why it is called an isolated place? Here are a few north Korea facts about north Korea and everything you need to know.

Firstly, there are various reasons why North Korea is kept hidden from the rest of the world. However, digging deep into the matter can help you understand the root causes better.

Anything happening around you and the world has a root cause. Which is history.

North Korea’s history began in 1948 (end of world war II) after Japan surrendered. This led to the division of peninsular Korea into North and South Korea at the 38th parallel.

(38th parallel is a latitude of 38 degrees north which passes through Europe, Asia, and other parts of the world, this formed the border between north and south Korea before the Korean war broke)

1.2) The Formation of Governments:

The Korean War took place from 1950 to 1953 due to the invasion of the 38th parallel. The war that happened between North Korea was helped by its allies, China and the Soviet Union, and the USA and the United Nations helped South Korea.

During the Korean War, North Korea suffered massive losses from the bombing attacks by the USA, which was told that all the buildings were collapsed with only a building standing in its capital city.

After huge losses, the 38th parallel was replaced by the Korean demilitarized zone, which is miles long and wide where all the discussions between these two nations take place.

Japan ruled the Korean peninsula (which is now called North Korea and South Korea) from 1910 till the end of world war II. Most South Koreans were day laborers, with agriculture as their primary source of income and livelihood.

Since North Korea is a land of mountains, valleys, and terrains, later in the years of 1930s, japan developed great industries such as mines, manufacturing industries, and many more in Pyongyang around Manchuria, North Korea. This increased the demand for daily workers, and most Koreans were going to work in the industries to run their livelihood.

Little did Japan know that there is always someone who would fight back for their people. Deep in the mountains and the Manchuria, the civilians of Korea (especially many North Koreans) started to fight back against the Japanese government and their ruling system calling it the guerrilla movement. One of the prominent leaders of this movement was Kim Il-sung.

After suffering much, including the North Korean famine, and facing many attacks, North Koreans became isolated.

The key principles led by the North Korea’s leaders- self-reliance (Juche, in Korean), military autonomy, and political independence is what the whole of North Korea is based upon.

1. Military Autonomy: If there is anything that North Korea can compete with the world, it is the military system. The North Korean Army occupies 30% of the country’s population. And it is the only country to test medium-range missiles and nuclear weapons over and over. Check out North Korea confirming their success in testing a hydrogen bomb.

2. Political Independence: The actual elections are banned in North Korea. It is ruled by inheritance. The political elections are held once every five years. However, the North Korean citizens will only have an option to choose their noble leader.

3. Self-reliance: This is one of the main reasons for its isolation. Ever since they faced huge losses, they became more self-reliant.

North Korea is also called the Hermit Kingdom and is popularly known as a communist country.

Apart from political and geographical issues, there took place an issue in the film industry as well, during the years 1978- 1986. A South Korean director, Shin Sang-Ok was one of the greatest film directors married to the actress Choi Eun-Hee. They both together established a film production. Through which they filmed a lot of films that brought fame and recognition to South Korea.

These people were abducted by North Korea to make films for them until they escaped in 1986 in Vietnam.

The democratic people’s republic of Korea, which is also a North Korea is one of the unsafe places to live in. It is a country in East Asia sharing its border with China, Russia, South Korea, the Yellow Sea, and the sea of Japan.

The North Korean flag consists of two blue horizontal stripes on top and bottom that tell their commitment to peace. Blue stripes are followed by white stripes that stand for the nation’s strength, dignity, and purity. Finally, the red star in the middle of the flag stands for communism and socialism.

However, North Korea does not look like what its flag says. Instead of maintaining peace, in 2017 they developed missiles to attack the USA. North Korea’s government makes sure that schools teach kids to hate America.

Over 43% of North Koreans live below the poverty line. Malnutrition and food shortage are other problems in North Korea. A survey conducted by the world food programme states that 25 million people require food aid. To make it worse, most people die due to the lack of proper medical facilities.

While most North Korean things are kept hidden, a few experts say that North Korea’s economy is worth USD 4o billion (2014), with USD 1000 as its per capita GDP. Most of the country’s capita GDP is spent on nuclear weapons. However, as per the united nations conference on trade and development, foreign investment rose to USD 1.4 billion (2010).

North Korea is not only a tough country but also a place of beautiful visiting sites for nature lovers such as the white head mountain, Paektu mountain, mount kumgang, and other historical monuments Juche tower, the worker’s party foundation monument, Kim Il-sung square, etc., North Korea is home to the world’s largest stadium, the may stadium.

It is also a sanctuary for hundreds of species like white-naped, red-crowned cranes, Asiatic black bears, and others.

Here are some of the interesting North Korea facts:

It is the 21st century for the rest of the world, while North Korea is still living in the year 106. Their Juche calendar starts from the year of birth of its founder Kim Il-sung (15th April 1912).

They have various tv channel numbers to choose from. However, they can only visit three channels while the rest tv channels only show an empty screen with grains displayed. All the radio and tv broadcasts are highly moderated by the government.

Just like the other countries, the elections are held once every five years. However, the voters will only have an option to choose, selecting their supreme leader Kim jong-un.

4. Own Desks and Chairs

You are required to bring your chairs and desks to school. The school management does not carry any responsibility for that.

This is one of the worst of all, the 3-generation punishment. If a person commits political crimes, his whole blood relations- parents, grandparents, wife, and children are all imprisoned in the prison camps.

Thankfully, the North Korean government allows people to surf through 28 websites. Their internet is free, only for people with computers. Here, computers are expensive, and people require the government’s permission to buy a computer for themselves. Again, all of these are strictly monitored by the government.

Jeans are banned in entire North Korea, especially blue color. North Korea believes that jeans were invented by the Americans. Since both countries are against each other, North Korea does not allow jeans to wear within the country.

Nobody in North Korea is allowed to practice any religion. They only have to pray for their late leader, Kim il-sung (the eternal president) and Kim Jong-il. Anybody coming across their statues has to bow in respect. If not, the person has to face the consequences.

It is no wonder if North Korea even decides the hairstyles of a person. Both men and women can only choose from 28 different hairstyles, and the men’s hair should only be 5 cm long. They are advised to take a haircut every 15 days. Unmarried women can have long hair, while married women should have short hair.

10. Living in the Capital City:

Any dirty vehicles cannot be entered the city, and people leaving the capital need a travel certificate.

All the music with deep lyrics is banned here. Kim Jong-un believes that listening to deep lyrical music can reduce people’s feelings for their supreme leader. In 2015, all the items such as CDs and cassette tapes were collected from homes and destroyed.

North Korea is one of the best countries to live in regarding the environment. Since most North Koreans are poor, only rich people can afford cars resulting in less pollution. There is no sound pollution (only when nuclear weapons are not tested), light pollution, air pollution, etc.

While most North Korean education is free, children work during school hours. Indirectly, they pay money in the form of labor for free education.

Before entering North Korea, you are checked- your mobile phone, laptop, bags, and everything you carry. Similarly, when returning, you will be examined again. This time they focus on your electronic objects such as your phone, laptops, and camera to ensure that you do not carry any of the country’s sensitive content.

You will be assigned an official person since you enter, and you have to stay by their side wherever you go in North Korea.

These are some of the North Korea Facts. They may look cruel, but people living there are accustomed to it. Most people do not even know how the outer world is doing.

North Korea is one of the unfavorable countries to live in, with a low human rights record and high poverty. You will be controlled by the government since you enter North Korea. However, North Korea is a land of tourist attractions- landscapes, historical monuments, culture, etc.

It teaches you the true meaning of peace, since you will not be disturbed by the internet and absorbed into the country’s beauty.