This is a comprehensive guide to finding Free anime websites and accessing the best series.

The OG in the game, Funimation is one of the initiatives that has the first movers advantage in the game of providing free anime websites. This website became functional in 1994. Funimation eventually created a platform named Cartoon Network.

Funimation has almost all the animation series anyone would look forward to. It is owned by Sony, which gives this free anime website the first-hand advantage of credibility and adequate funding. Funimation owns a lot of licensed anime.

Many anime fans around the world say that Crunchyroll is the Netflix of Anime. This the premium free anime website that any anime fan should start with. Crunchyroll might annoy you a little with more than a few ads here and there but be rest assured that the site is delivering your investment of time and money back to the producers and artists behind your favorite anime. 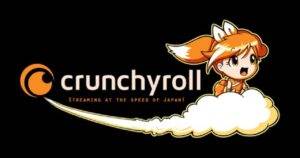 This is an officially recognized website. It is safe, legal, and privacy-friendly.

You can watch anime for free if you can bear the ads, or pay for a subscription-like you do for other OTT platforms and get rid of the ads.

Kiss Anime is a free anime website that offers you recommendations based on what you watch. The quality of the video is pretty good for a free website, and it also gives you the option to comment.

Hulu has a wide catalog of anime. Hulu has recently partnered with Funimation. This means an even greater chance of having more and more anime. Hulu tends to offer more subtitles. So international fans from all parts of the world put their bets on Hulu just because of its wide library.

After Hulu’s partnership with Funimation, They have almost made an official statement that they are dedicated to releasing content for anime fans. This gives a promise of credibility and dedication.

You can pay for a subscription to get rid of ads, although they are not quite as annoying as the other free anime websites have. This is a legal and authentic website.

Some key features of this free anime website include no disturbance of any kind while streaming. This is one peculiar feature because all the other free anime websites require functioning ads to generate the kind of revenue to keep running. You can find anime of all genres here, even the really old and classic ones. That is always a plus.

Now let us do this for the newbie people.

First things first, Anime is a full industry that generates a huge amount of revenue each year. A very obvious reason I think is that Anime genuinely adds so much value to a viewer’s life.

The art, soundtracks, and writing of such an exhaustive plot that deals with all aspects of the characters’ life require a lot of time and effort. This is also why anime feels so relatable to most fans.

Why Should You Watch Anime?

This is for the people who have not watched Anime ever in their life and fall into the hoax of “Anime is just cartoon”. I can explain why these are two different things but I don’t want to spoil the fun for you. Watch, from the free Anime websites this article talks about, and find the answer for yourself.

Anime offers a wide range of quality content that explores a socially important topic. Here are some reasons why anime is such a widely loved form of art.

Of course, this is subjective.

3. Anime also is very convenient to watch, as it generally has less amount of time per episode. It is also easily available on the internet. So you do not have to subscribe to any OTT platform, as is the case with other series or genres.

What Are Some of the Top-Rated Anime?

We’ll not talk about Naruto, everyone knows everything about Naruto. Let us talk about some other anime that are equally good. This list does not include spoilers, so you can read without any caution. However, the genre of the specific anime will be mentioned, just so you can pick yours more conveniently.

Originally a Japanese Manga, Hunter x Hunter has been adapted into an anime television series twice. It is considered one of the best anime series as it features high-level character development of the protagonist.

It is a no-nonsense anime, perfect for people who don’t like too many characters. You can find it on Netflix. 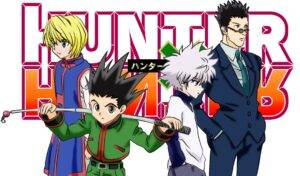 Attack on Titans is a very well-constructed Manga. It is said to not have an element of comedy but because it has such a well-constructed mystery, it is worth it. The theme running through the whole series is quite intense and will fit perfectly for the people who think Anime is for kids. (wink*)

You can find it on Netflix.

The soundtrack “Next to You” can single-handedly be the only reason, but guess what? There is more.

This anime does complete justice to the title. If you think this is a complete concept-driven Anime, yes you are right. The quality and the novelty of the concept grips you and keeps you till the end. The Manga was received in an infectiously positive way with over 24 million copies being sold by the year 2020.

This drama is a heartfelt series where the main character recognizes and explores love for volleyball. It has the potential to make you feel good, cheerful on boring days. The drama grows with the boys liking for the sport, the viewers get to see aspects of the emotion. The original Manga has three volumes, the latest of which was released only in May 2020. 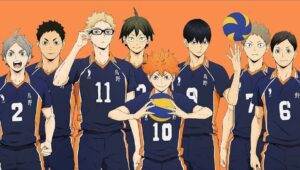 If you are in the mood for some Rom-com, a heartfelt anime movie that can make you think, feel powerful, and count your blessings, you should go for this one. Watch how the protagonist realizes one of his mistakes years later, how he deals with it. 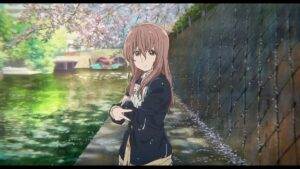 This movie touches you not only for the heartfelt message it delivers, but it also stands out for the art. The detailed art in this movie shows the emotions the protagonist is going through most creatively. It has a few side characters, to provide a full exhaustive view of how the protagonist feels, and what he goes to.

This one movie can potentially make you learn a few important life lessons.

A 26 episode series, a Manga, and a Highest-grossing Anime Film. There is no milestone yet to achieve for Demon slayer, it has gained all the recognition it deserved already. And that is why It is being recommended right now.

The Plot surrounds a young boy, grieving for the loss of his family to supernatural forces. In the time he tries to avenge it, the writers of the series really try to explore the character in mind-bending ways.

This is a fiction fantasy that will probably change how people see life. 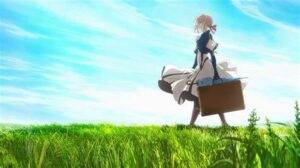 Violet, an ex-military personnel, tries hard to find her place in the world after losing everything that was known to her. She rediscovers emotions, the love for handwritten letters, how humans perceive one another, and how they perceive themselves, one by one.

This one is quite a journey.

Probably without the filler episodes, this would have been a shorter series. This anime also has some distinct characteristics, so the characters always fight with swords. But it is such a loved and well-received anime because of the relatability to the main character.

A very famous and successful manga is One piece that is known to be the famous of many anime lovers. One piece is a very good story that has enjoyable characters and that is a major part of what makes this story so successful.

There is a strong theme of friendship, hard work, and joy of victory which viewers can very well feel motivated by, and also relate to. Would definitely recommend this classic to any newbie.

If you want to watch something and feel satisfied at the end of it, this should be your pick. With unparalleled character development, a great plot, plenty of comedy, an action that actually makes sense, this anime has it all.

Viewers praise this anime also for a distinctively amazing soundtrack. Brotherhood is the aptest name the series could have had. It takes the viewers on a roller coaster ride of happiness, joy, sorrow and the circle continues. You can not help but feel what the anime is teaching you.

I would definitely recommend this one to anyone who is starting out, anyone who has a stereotypical view about anime. This one in particular explores the versatility of the series as a whole. 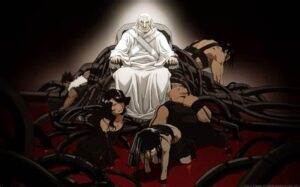 These are the ten most loved animes of all times and you can pick what you want to watch depending on your mood. Most are readily available on the free anime websites mentioned. Have fun streaming!