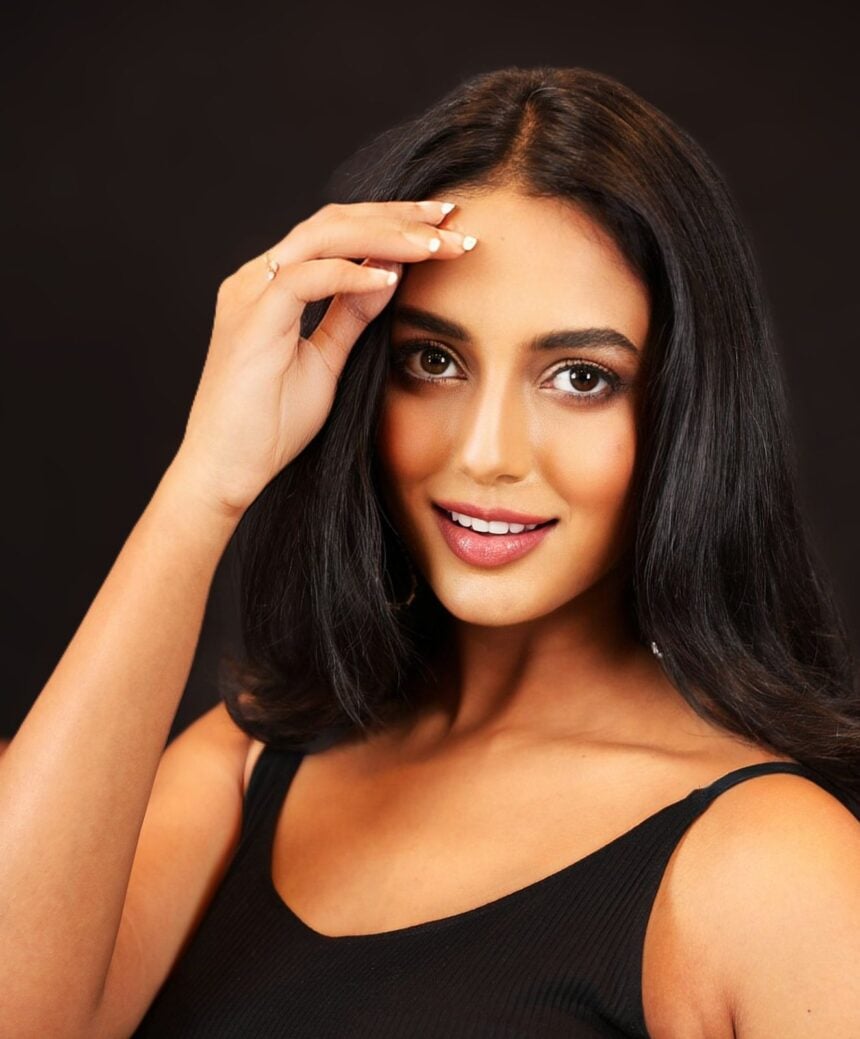 Archita Naik is a model, aspiring actor, and student at the Film and Television Institute of India. She is also a pageant girl who will represent India at the Miss Heritage Global Pageant in Limpopo Province, Africa.

In her conversation with Icy Tales, Archita Naik spoke about her modeling journey, her passion for acting, and her goals in life.

Q) How did your modeling journey begin?

Archita Naik: I have always wanted to be a model, which has been my childhood dream. However, it could only become possible in the lockdown. And that is when modeling came to mind. I had a lot of time to sit and reflect on what I was doing in life and what I wanted to achieve.

It was a point in my life when I was looking at my body and where I was binge eating. Although it was quite depressing knowing everything was happening around the world and the country, the pandemic had it all on me, and it was when I would find that inner strength to push myself forward and do what I always wanted to do. 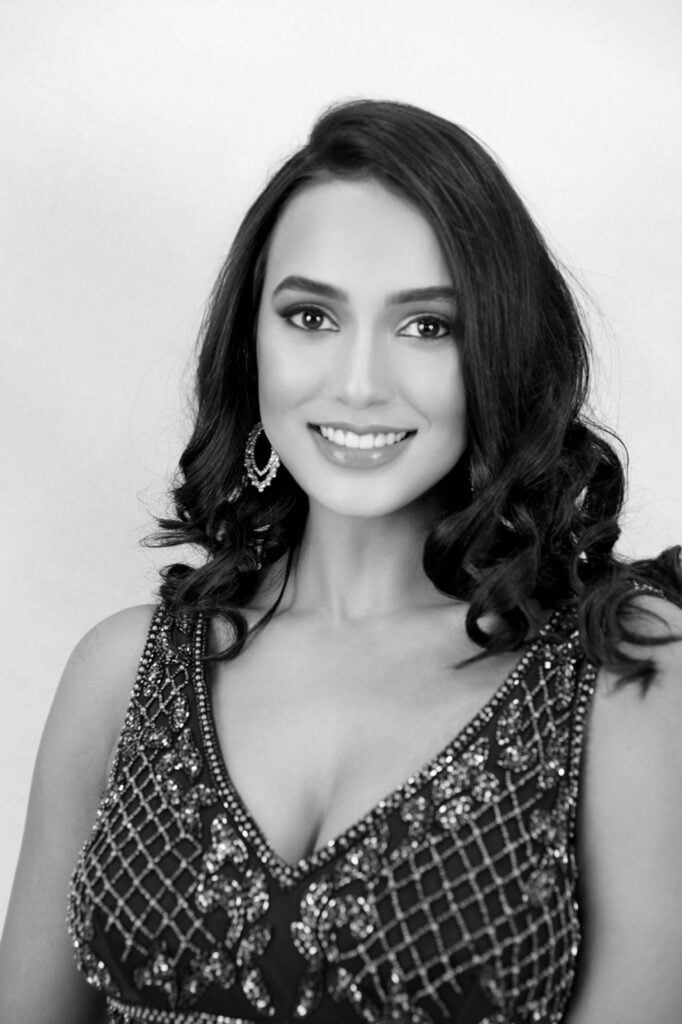 Because it was a time when I realized it’s such a blessing to be alive in these strange times. So I thought to give it a try. I enrolled at Tiara Pageant Training Studio in Pune, headed by Ritika Ramtri ma’am, my mentor and my fairy godmother. When it comes to pageantry, it is with her training and her guidance that I could step into this industry with confidence.

Q) How does it feel to represent India at the Miss Heritage Global Pageant?

Archita Naik: The Miss Heritage Global Pageant is a beautiful one whose host country has always been Africa. It is a pageant that brings along different cultures from around the world, and it is a platform for young women and young girls to represent where they come from. To trace our roots and bring about an environment of integrity is what the pageant aims for.

My national director gave me this opportunity to represent India on the field, and I’m looking forward to it. I also look forward to meeting beautiful ladies from all over the world competing. I am also really excited about my journey to South Africa.

We’d be hosted at Limpopo Province, where the famous Kruger National Park is also located. So it would be amazing, it would be spectacular to get to know about a place so far away from home. 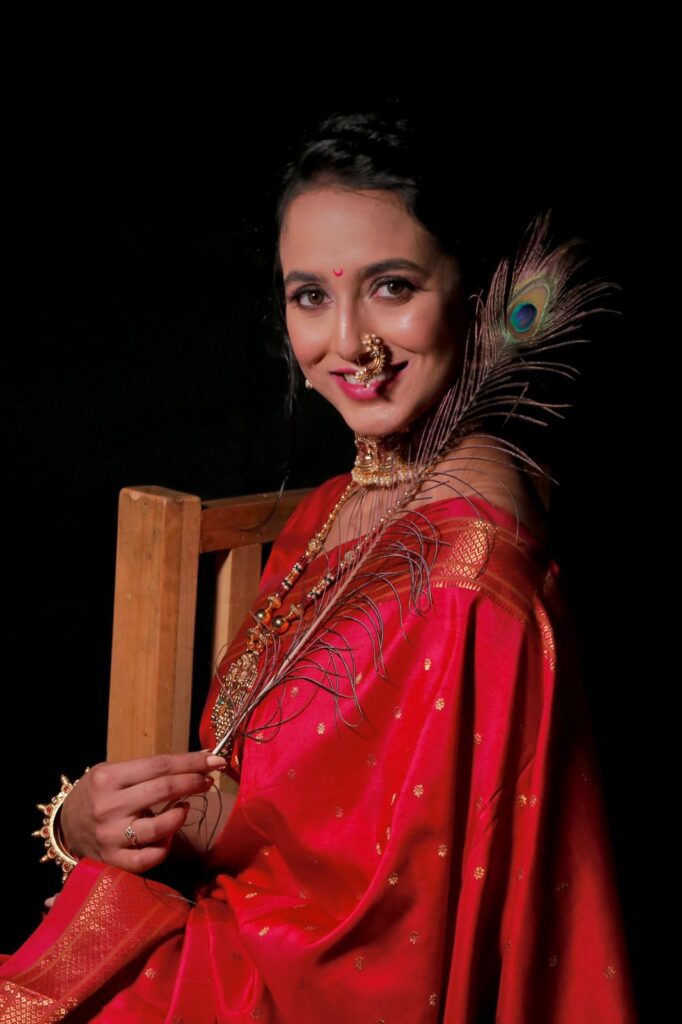 Q) Tell us something about your passion for acting

Archita Naik: Since childhood, I am someone who’s been engaging with the stage; I love being on stage, directing, writing, acting, and performing; I love being the entertainer. And it was with great effort that I realized I could make a career out of this passion. My family support has been ongoing and constant in this endeavor.

I owe all this to the pandemic, as it was when I really could see to myself that I wanted to be an actor. And then, I started taking a step forward in that direction, and I did it concretely before my eyes when I got into the Film and Television Institute of India, also known as FTII, in Pune.

The faculty is amazing, and I would like to say to everyone that if you are looking for an institute that brings out your creativity, FTII is the place to be. It is one of its kind institute in the country which trains young people in cinema and television departments. Many actors have studied in this place, so it’s a great privilege for me to be sharing this space. 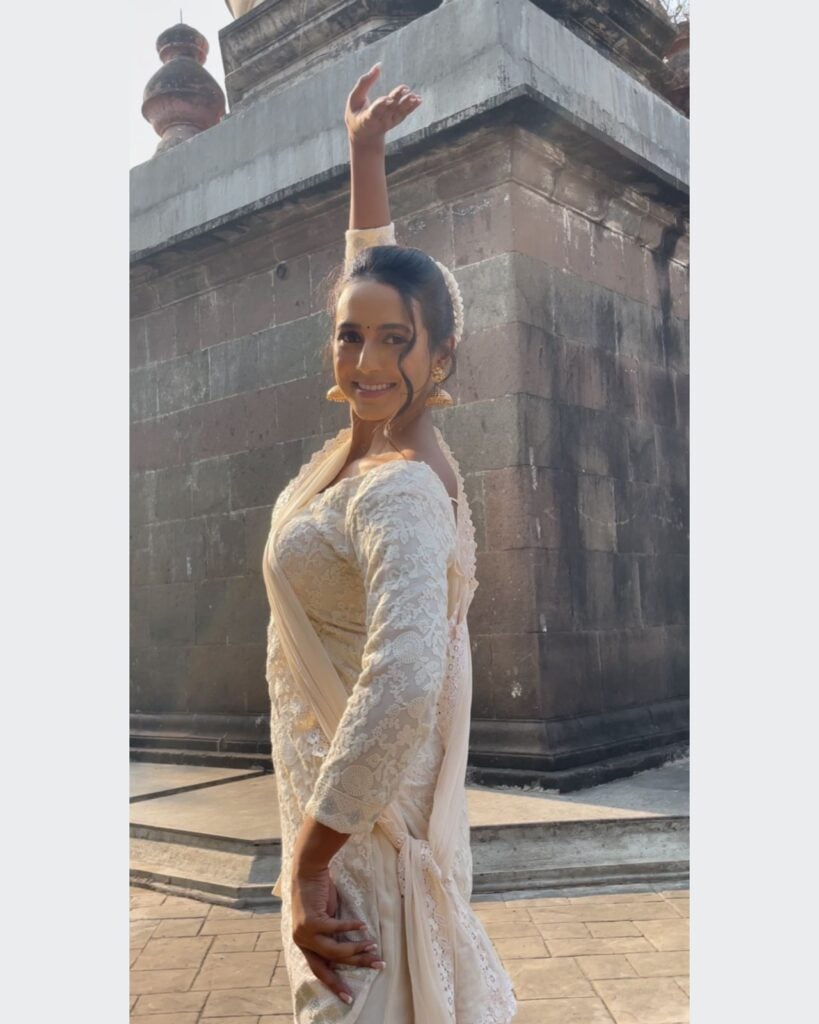 Q) What did your modeling journey teach you?

Archita Naik: In common, it taught me to accept my body for what it is. It taught me a great deal about being healthy and fit while also helping me clear many stereotypes usually associated with modeling. It’s a tough job because a picture says so much; it’s worth a thousand words. So when you are in a picture, it’s just one picture, and you have to express so much. It’s nice for the model to be able to do that.

When your body becomes a tool for you to communicate, a lot of practice is needed to achieve that sort of resolution that you’re still confident of sorting out that ownership and you’re doing what you love doing;  it’s a mode of self-expression. 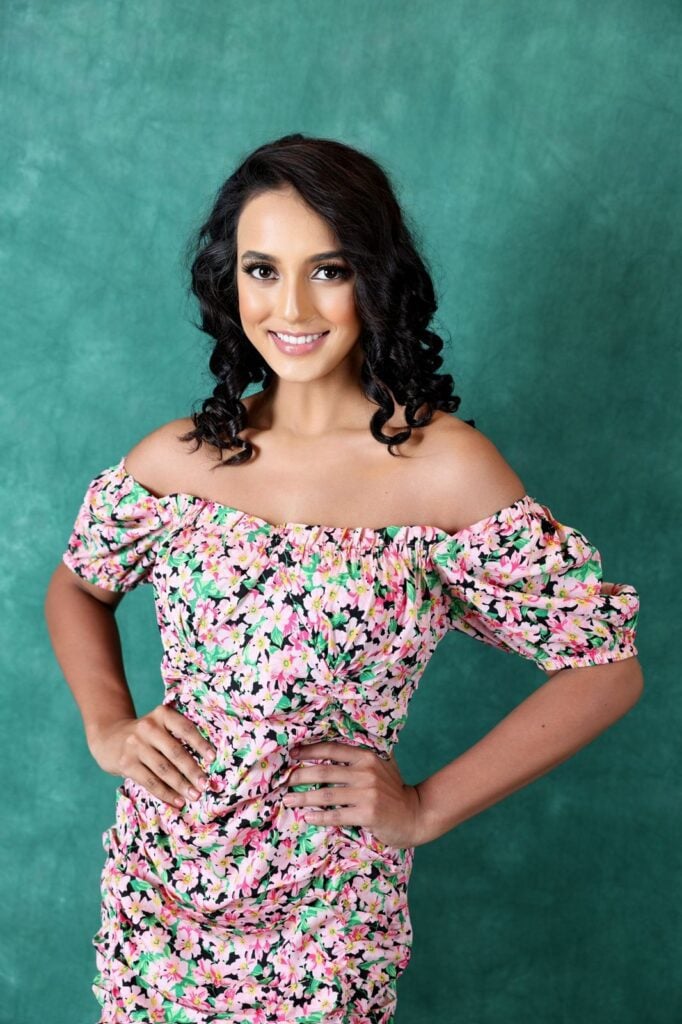 Modeling teaches me everything every day, even when I am on projects and even when I am not. I’m constantly aware of my posture and what my body needs to be functional and optimal. So this openness and love I’ve found for myself and my body have come across only because of modeling.

Q) Did you face any criticism in your initial days, or was everyone supportive of your decision to become a model?

Archita Naik: Everybody supported my decision, and I’ve been fortunate enough to get constructive criticism so far in life. As I said, I went to a beauty pageant training studio, and my mentors were bringing out the best in me.

As I spoke about Ritika, ma’am, she has been a blessing for me in disguise. I am just grateful because there are so many ways to approach this industry, and it’s very important to step in the right direction to encourage it.

This way, you have the support and know where to improve. So the daunting task of doing it by yourself becomes so easy and graceful with a mentor in one’s life, and for me, it has been her. It has been so smooth and academic because I was her student, and I am forever indebted to her. 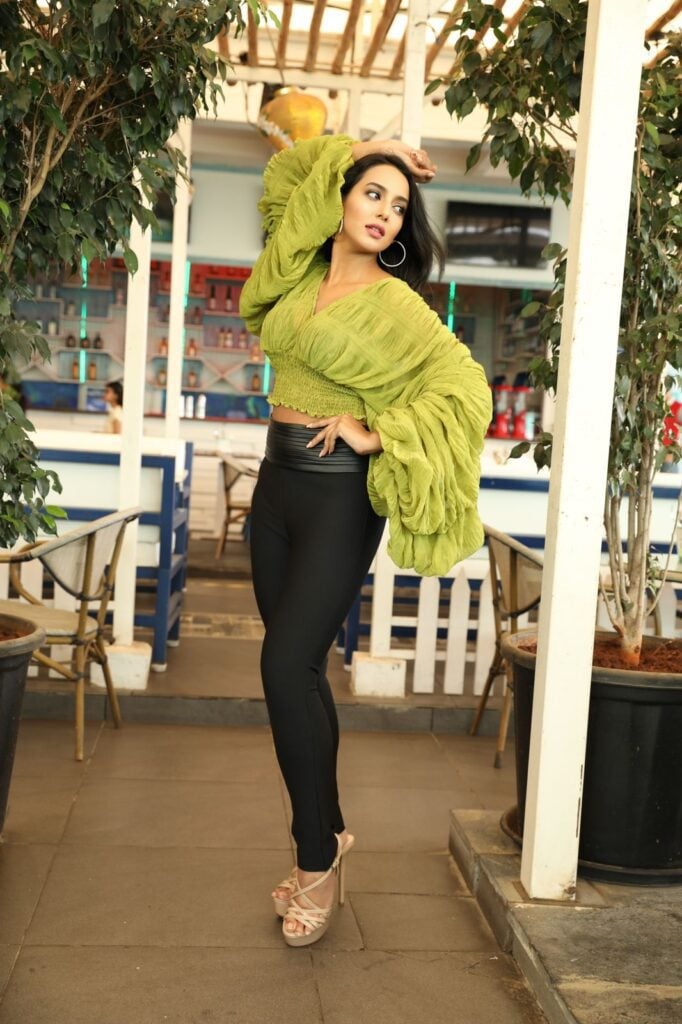 Q) Do you have any advice for people to up their fashion games?

Archita Naik: It’s about comfort and doing what you feel most naturally. You want to be mindful of what you want to predict or what you want to say to yourselves about trying something new or going out of your comfort zone, as adventurous as it might sound.

It’s not always the same for everybody. I’d say, be happy in what you wear as long as you’re happy in your gut. That’s all that matters.

Q) What are your future goals in life?

Archita Naik: I am currently doing my master’s in television. I’m training as an actor, and in the future, I aspire to represent the country at the latest global pageants and onwards. I look forward to writing and directing short films and acting in advertisements and films.

I’d love to see roles in regional films because I think as an actor, it’s a challenge to learn a new language and to push yourself like that. I want to focus on my passion and craft and expand on all levels I can. 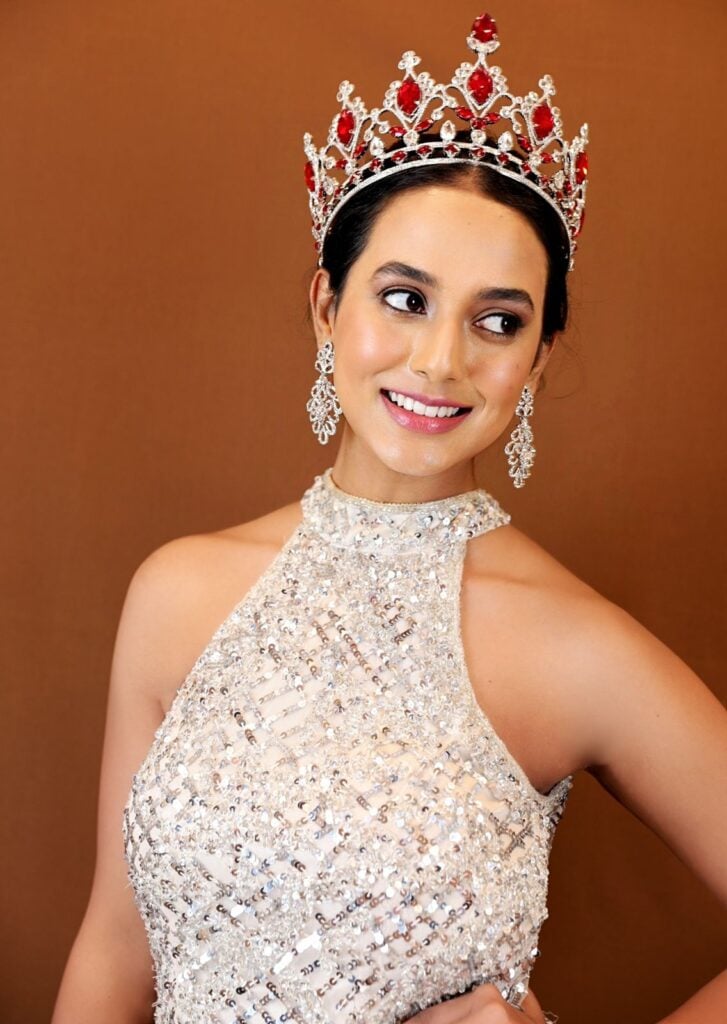 Archita Naik also said that if not a model or actor, she would love to be a pilot or serve in the Indian Army. She wants to achieve many things in life and become a successful and independent woman shortly.

Check out the whole conversation with Archita Naik on our YouTube Channel. 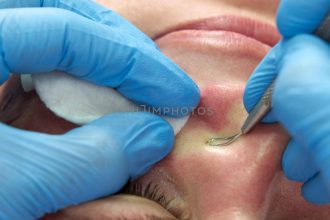 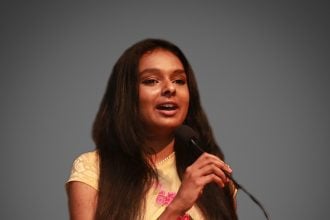 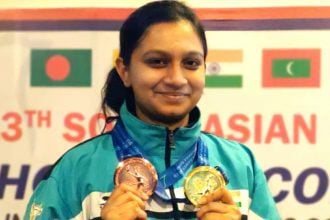