The Isle of Wight is a diamond or Rhomboid shaped Island, between two and miles off the coast of Hamshire. Along with being the Largest Island of England. It is also the second-most populous island of England, with 141,771 citizens residing there.

There are several tourist attractions and even more unknown places to tourists, all wrapped in a breathtaking view of the sea, along with chalk cliffs and amazing woods and wildlife. One can truly enjoy their time on the island if they know the place to visit.

Are you worried about where to stay when on the island? Click here to check out your options.

In this post, we take a look at the 10 most important things that you should know when you’re planning a visit or are at the Isle of Wight.

Let’s look into the many places the isle has to offer for a perfect vacation for tourists. A virtual tour guide, so to say. 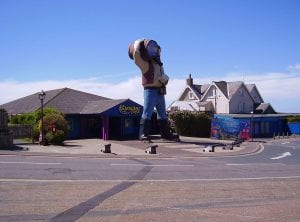 Blackgang is a small village nestled in the southwestern side of the Isle a few meters from Ventnor. One of the main tourist attractions of the island. It houses the Blackgang Chine, the oldest amusement park in the UK.

Opened in the 1840s, the Blackgang Chine is an amusement park with many themes. A cowboy land, a fairy-tale, dinosaurs theme games, an underwater fantasy land, and a pirate-themed play area.

The park was opened sometime in the 1840s. It, along with its sister amusement park Robin Hill is owned by the Dabell Famy. The Blackgang Chine is an unstable area, which witnesses frequent landslides, hence why the rides and main park are a bit inland.

Be sure to visit it if you have children with them and then visit for the beautiful cliffside sea view the village offers.

2.The Needles, Isle of Wight.

The needles are three chalk structures just off the coast of the island. Previously there were four out of which one has been destroyed due to a storm. The Needles have been the main attraction for all of the UK. Situated near Alum Bay, the needles have a small lighthouse built in the late 1800s.

There is also the two gun batteries which server for rocket experiment. The Alum Bay has a small amusement park with a cable line going to and fro between the park and the needles.

A scenic view of the sea, an amusement park, a hovercraft ride, what more could be fun. Do visit it once if you are ever on the Island. 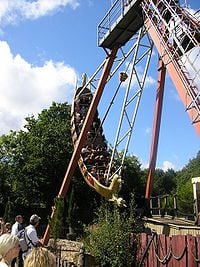 Spread over 88 acres of land, Robin Hill Country Park is also one of the island’s largest tourist attractions. It is situated just outside of Newport; the Dabell family owns it, the Blackgang Chine owners.

Other than that, the adults can enjoy the wildlife there and the wood life’s scenic beauty nearby.

One specialty of the Isle of Wight, the red squirrel, is found in the Robin Hill Country Park.

As much fun it offers to the children, it also offers peace to the woods’ natural beauty for the adults.

Since the Isle of Wight is an island, it is only natural that beautiful beaches along all its coast surround it. At the same time, some of them are quite famous, like the Shanklin and Sandown beaches.

A few beaches are less known to tourists which offer the same sea views and chalk cliffs but with far less hustle-bustle of the people. To state a few.

Interested to know more about other beaches around the world? Click here to check out a related article.

Brook Bay is a beach near the village of Brook. Situated on the southwestern side of the isle of wight. It is a beach predominantly covered in sand.

The Brook Chine and Churchill Chine all join in the Brook bay. It is one of the beaches with all the beauty of the isle of wight but no crowd.

Situated on the South Western side of Isle of Wight is Campton Bay. It is particularly famous amongst wave and kite surfers. The north side of the bay has a gorgeous chalk cliff.

One more major attractions of the bay are the dinosaurs’ feet that can be viewed at the times of low tides. It is one of the places to search for fossils.

Many other beeches could be mentioned here because the isle of wight has no end to the sandy shores, salty waters, and green and white cliffs with an amazing view.

The castle is now part of English Heritage. Its construction began sometime in the 12th century. The castle was in use till 1944.

Later on, Princess Beatrice, the daughter of Queen Victoria, lived in the castle till 1944 as the governor of Isle of Wight.

Now it is under the control of English Heritage. And is one of the most visited places in the Isle of Wight. So much so that it is on the cover of the official brochure for the island.

The Osborne House in East Cowes, Isle of Wight, is the favorite summer house of Queen Victoria. Queen Victoria and Prince Albert bought it in 1845, but when they saw that the house was a bit small for their needs, they demolished and started construction on the property anew.

Prince Albert, along with Thomas Cubitt, designed the house himself.

It was completed in 1851. It was a summer house frequented by the royal family. Queen Victoria and Prince Albert wanted a home away from the crown’s stress and hence why this home was built. It was passed on to family only.

It has since been used as a Royal Navy training academy and a museum only for the royal family.

It has a beautiful garden planted and designed by Prince Albert. A private beach that still houses Queen Victoria’s private bathing house.

Portions of it are now open for public eyes. Be sure to visit this beautiful home, all equipped with a private beach and royal grandeur. 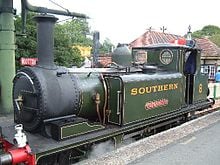 The Isle of Wight has a Steam Engine Line that runs 5 and a half miles long(9km). From Smallbrook junction to Wootton Station.

The Railway line was first started in 1862 with a line from Newport to Cowes, and gradually it was extended throughout the island.

But since the island was not equipped with proper technology to maintain the steam engine and coaches, the line had to be shut down. In 1966 almost all of the Steam Engine Lines were closed, but rail enthusiastically raised funds and saved this last railway line.

Today people can enjoy a ride through some parts of the town by this Steam Engine Line while sitting in Victorian-style railway coaches.

The Fort was built during the 1850s. It was originally a triangular building, built with bricks and a concert flooring. The Fort saw service during the First and Second World Wars.

During the First World War, it was used as a landing port and a storage unit. It saw no use between the two wars because the army engineers left in 1920.

It was used as a training battery for the coastal gunners during the second world war. After which it was in use as a Nation Service training center. It stopped being used by the military in 1962.

It was demolished later on before the isle of wight council bought it. Today it is part of the Fort Victoria Country Park.

It houses many attractions, including a visitor center, a planetarium, a reptilarium, and a model railway.

All this, along with the 20 hectares of woodland, makes for a great place to spend a day of vacation on.

9.A Night of Stargazing 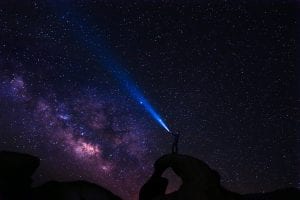 One of the most amazing facts about the isle of wight is that it is a UNESCO Biosphere Reserve. This also means that the island’s atmosphere is so clear from pollution and population that you can see the major constellation at night without a telescope.

The island has a tiny light population around it, and because the pollution levels are also bare minimum, the skies are ear at night.

At night you can see most all the major constellations with a naked eye. Big names like the Cassiopeia, the Plough, Orian, and the Milky way are all present for you to gaze at. Some of the best places for stargazing are the Brook Chine, Compton Bay, and Freshwater Bay. 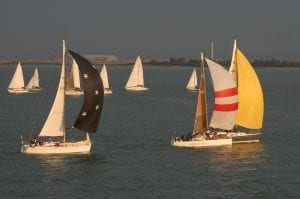 For all those who like a fun and adventure-filled vacation, Isle of Wight offers many activities to choose from.

The island is a key location for sailing and has a big marine making business, so taking a boat on rent for a day around’ the island is a great way to spend the day.

You can also go paragliding around the area and catch a glimpse of all the beauty that the isle of wight has to offer.

Another great sport is horse riding. Not alone, are you allowed to go horse, but if you so wish, you could take the horse for a ride into the woods or on the beach.

Other than that, you could opt for several water sports as well, from kayaking in the Sent or peddling around the needles. Be it surfing and waterboarding on the beaches, the isle of wight offers it all.

One honorable mention goes to the food and fresh produce found on the island. The isle of wight has great agricultural land, so the farmers market and all the other local markets in the villages are always full of the best quality of food. Thing and the antique and vintage style shops make for a haven for all those who love to shop and collect souvenirs from their trips.

Click here to check out more about the shops in the Isle of Wight.

The Isle of Wight is one place where one can relax or have a fun, adventure-filled vacation. It offers something for everybody, from amusement parks for the children to luxury hotels and woods for the adults.

Quiet walks in the woods and stargazing at night for the nature lovers and adventure sports for the adrenaline junkies.

One of the biggest sources of income of the Isle of Wight is tourism. With people visiting the isle domestically as well as internationally.

The Isle of Wight is also known for being one of the most scenic and most green places in England. That is why it was declared a UNESCO Biosphere Reserve in 2019. UNESCO recognized the close relationship between citizens and nature as well.

While a person could do much when in the Isle of Wight, there are a few more frequent places. A tour of the whole island would not take more than 1 hour.

It is a place where you can find the UK’s rich history and see that the world is a beautiful place filled with wonderful and welcoming people.

This article doesn’t cover all that the island has to offer. There are many more things that one can do when on the Isle of Wight. But these are the few things that cover most of all that you can do if there for a short period and still experience the best of the island.

Indian Food : Here Are 5 Reasons To Love It!