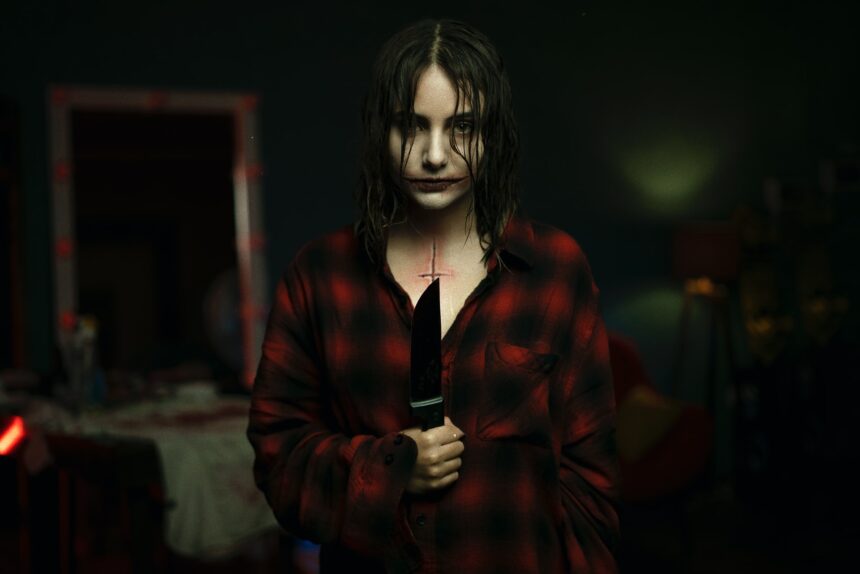 A feeling of suspense, surprise, excitement, anticipation, and anxiety is what the mood of a thrill defines. So, here’s our must-watch list of the best Korean thriller movies. Check out the list and binge-watch.

The craze of K-pop is growing in leaps and bounds these days. In that, thriller movies have their separate fan base. And here are some of the best Korean thriller movies that are a must-watch.

Seok woo, a fund manager in Seoul, separated from his wife and life and lives with his daughter Soo-An. Seok-wo doesn’t show any affection or spend time with her.

On the night before Soo-An’s birthday, Soo-An insists on seeing her mom on her birthday. Seok woo had no other choice, and he took her early the next morning to Busan. They took the KTX train for Busan at Seoul station.

A Zombie-like girl jumps onto the train before the KTX train leaves from Seoul. The girl is infected with a horrific virus that is spreading to others like wildfire. Soo-An and the other passengers on the train have to fight for their lives.

This film is also available in the English Language at MX player and is undoubtedly one of the must-watch Korean thriller movies. One of the best Korean thrilers to exist.

The plot is set along the “Bridge of No Return” in Panmunjom, the demilitarized zone (DMZ) separating North and South Korea. The unique plot makes this movie one of the must-watch Korean thriller movies.

One day two North Korean soldiers were killed by a rifle bullet, and the suspected marksman is one South Korean soldier (Lee-Byung Hun), who is found wounded in the middle of no-man’s land.

The 11 bullets were found in the body and 5 remaining bullets in the assassin’s magazine clip, but normally a gun holds only 15 bullets.

This incident will have grave repercussions. The North accuses the South that the incident is a ‘terrorist attack’ while South Korea suspects the North of having attempted an ‘abduction.’

Both the sides appeal to the authorities of the neutral states and neutral countries (NNSC) for help and ask them to investigate the affair.

A female swiss army Captain Lee Yeong-Ae of Korean Descent from the neutral countries overseeing the DMZ suspects that there is another involvement too and is then sent to Panmunjom to investigate the death of the North Korean soldiers on border ground.

Movie Name: I saw the Devil

A woman gets stranded on a snowy night in her broken-down car. Her name is Joo-Yun Oh San-ha. She talks to her fiance on her cellphone while she waits for a tow truck. Her fiance works as an agent for the National Intelligence Service.

Out of the blue, a van stops in front of her broken down car. A man exits the van and comes to knock on the woman’s window. He offers to help her to start the car.

Meanwhile, she was on the phone with her fiancé, and her fiancé advised her to stay in the car until the tow truck arrived. She says the same to the creepy man standing outside her and closes the window.

But after a few moments, the creepy man outside breaks her window and beats her until she is unconscious. Kyung-Chul takes Joo-Yun to his home.

Watch the trailer of this one of the best Korean thrillers.

In 1986 Gyunggi Province. The body of a young woman is found dead in a brutal rapped and murdered condition. A Similar series of rapes and murders was repeated two months ago in a previous incident. And in a country that had never known such kinds of crimes.

The plot progresses with a detective studying the whole incident. This is one of the best Korean thriller movies to watch with some unthinkable plot twists.

Gangland Boss Kang suspects his girlfriend of being unfaithful and sends his right-hand man Sun-Woo to sort out the situation.

In a moment of weakness, Sun-Woo falls for Hae-Soo, taken by her grace and humanity. When Sun hoo catches Kang’s girlfriend with her lover, instead of killing her and allowing her to flee, this infuriates Kang, and he orders his thugs to beat Sun-Woo.

Watch the trailer to know more about this one of the must-watch Korean thriller movies.

The film begins with a female high school student who is kidnapped by a serial killer with a speech impediment. She then starts telling the scariest stories to the killers.

A suspicious delivery man knocks on the door where a young brother and sister are waiting for their mom.

Watch the trailer to learn more about this one of the best Korean thriller movies to watch.

Ex-detective Jung-Ho is angry as his girls keep disappearing without clearing his debts. One night, he gets a call from a customer, and he sends Mi-jin to meet the customer.

Jung-Ho realizes that the phone number of the customer matches that of the calls the missing girls got last. And the story progresses from there.

This movie is based on the real-life serial killer Young-Cheol Yoo who was guilty in 2005 of murdering 20 people. Through this debut film, Na Hong-jin proved his quality as a filmmaker. It is undoubtedly a must-watch Korean cinema.

A musical procession waits with a symbolic block of tofu outside a prison for the release of Lee Geum-Ja, a reformed female prisoner. Geun-Ja becomes a national sensation after that because of the young age.

However, she became a role model for prisoner reform during her incarceration, and her apparent spiritual transformation earned her an early release. Free, she is now intent on revenge.

Watch the trailer to learn more about this one of the best Korean thriller movies to watch.

Some other Korean Movies that come on the list of best Korean thrillers are:

This list is a great starter for movie fans who are new to Korean cinema and want to try the best Korean thriller movies.