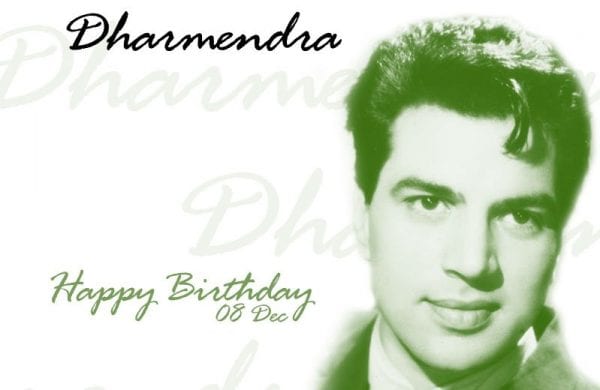 Today, as I got up from the smell of mouthwatering the delicacies, my taste buds directly took me to my kitchen. I saw my grandmother baking cakes and muffins. I asked her with only one eye open “Whose birthday is it today? Why are you baking cakes?” and there she was staring at me as if I have said something offensive ” It is Dharamji’s birthday today”. And then the whole flashback of last year’s celebrations for this man’s birthday, who never cuts this cake my grandmother religiously bakes for him as many others all across the globe. Yes, you guessed it right, the charismatic Bollywood legend Dharmendra Deol celebrates his 79th birthday today on 8th December.

The ultimate “He-man” of Bollywood who has starred in over 250 films in romantic, comic and action packed roles and certainly this is from where he gets the title of “Action King”.Well, if you didn’t know this! He was such a big fan of Suraiya that he walked miles to watch her film over 40 times.

From Singh to King.

Dharam Singh Deol was born in 1935 to Kewal Kishan Singh Deol and Satwant Kaur in Nasrali village of Ludhiana district in Punjab and studied at government school of Lalton village where his father was the school headmaster.

Before he was recognised through a talent contest and came to Mumbai, he had married Prakash Kaur at the age of 19 to and did a job at an American drilling company boring tubewells.

Dharmendra has half a dozen children! While everyone knows about his sons- SunnyDeol and Bobby Deol from his first wife Prakash Kaur, he also has two daughters Ajeeta and Vijeta who have stayed away from glitz and glamour and are currently settled in California, USA. He has two daughters from his second wife, Esha Deol and Ahaana Deol.

From initial rejection to irrevocable love.

The heartthrob of his times, Dharmendra fell in love the” Dream girl “of Bollywood fell in love, she had initially turned down his proposals as he was a married man but Basanti with her ‘taanga’ had taken his heart away and finally she found her dream man in him and they got married in 1979.

But it wasn’t all that easy! His love had to pass many tests. His first wife did not want a divorce, so he converted his religion to Islam and his name as Dilawar Khan, to be with his dream girl.

Starring with the Kapoor’s.

Dharmendra is the only star who has starred with all the actors of Bollywood’s Kapoor family, except with Kareena Kapoor, Ranbir Kapoor and Prithviraj Kapoor.

After doing his first few films he was cast as a villain in the super hit film “Ayi Milan Ki Ye Bela ” (1964), where this villain overshadowed the hero by his charming personality and good looks.

After Dharmendra’s marriage with Hema, on the sets of Sholay, he paid Rs. 20 each time he asked the light boy to disturb the scene, while he was trying to teach her how to use a revolver. So he paid more than Rs.2000 for hugging Hema on the sets. Certainly a romantic man in reel and real life.

Veteran actor Dilip Kumar gave him the best compliment ever, that”He is the most handsome man on this earth…. Bhagwan ne badi fursat se banaya hoga“and he became emotional and this was the same day he got the Filmfare Lifetime Achievememt award in 1997 for his contribution to Indian cinema.

The Salman Khan of his days.

In the mid seventies, he was voted as one of the Most Handsome men in the world, a feat only repeated by Salman Khan.

He is the recipient of the prestigious Living Legend award by FICCI as a recognition to his outstanding contribution to the Indian entertainment industry.

He has recieved Padma Bhushan, the third highest civilian award, in 2012 from the Government of India.

He has even shown his forte in the field of politics. He was elected as a Member of Parliament in 2004 general elections, from Bikaner in Rajasthan on a BJP ticket.

The fan following of the original he man of bollywood  is not only limited to the movie theaters but now has a theme restaurant in New Delhi that celebrates his films , characters and dialogues like “kutte main tera khoon pi jaaonga” which have become his synonym in the film industry .The owners are die-hard fans of Dharamji and what can be a better way to idolize him. The name of his various films are scribbled on the walls while the menu is characterized by his screen names. Dharmendra himself inaugurated this restaurant. the mocktails go by the names veeru ki ghutti, pyare mohan masala nimbu.

The ‘He-man’ till today has a crazy fan following and here is our IcyTales team wishing him all the happiness and success on his 79th birthday! 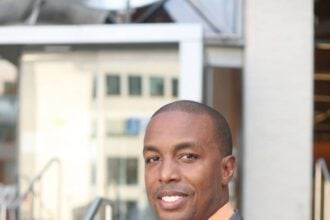 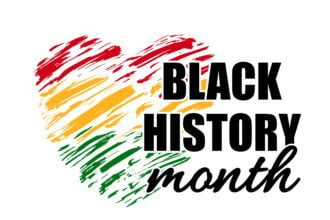